The year 2021 was a milestone year for several altcoins. Many altcoins skyrocketed due to a confluence of factors. One such coin which made headlines in the market with its overall performance was THORchain’s RUNE.

The crypto space welcomes such coins which can adapt to the rapidly varying market conditions. THORChain has shown such behaviour to adapt quickly to market volatility carrying various services in its bag.

THORChain is built on Cosmos SDK, which keeps the network safe from possible hacks. RUNE is the native token of the platform. The network is not profit-oriented, fees generated by the protocol will be incentivized by simply holding RUNE. Amazed by the benefits that THORChain offers to its token holders? Look no further, as this write-up will illustrate the feasible price predictions for 2022 and beyond.

After hovering closer to the levels until the 4th of February. A leg-up helped the price breach $5.080, by the 8th of February. But FUD in the business prevailing from geopolitical tensions, amongst others led to the monthly closure at $3.752.

The second quarter was a rough thoroughfare for THORChain, as it was for the majority of crypto assets in the business. The altcoin had a steep fall in Q2, by the 18th of June, it had lost over 88% of its gains. However, a bounce back from the 30.44 RSI, helped RUNE claim the price tag of $1.934 by the 30th of June.

If the network sees more acceptance, adoptions, and collaborations. The price of RUNE could surge to a maximum of $2.414, by the end of the quarter. Conversely, if the digital asset falls prey to the bearish sentiments amidst a possible market crash. The price of RUNE could stumble down to $1.737. Successively, a balance in the buying and selling pressures could settle RUNE’s price at $2.072.

A bull run starting from the optimism of the fourth quarter could push the price to $2.64. Further, seeking impetus from a possible surge in volumes, the price could escalate to form a new peak at $2.968. However, negative criticism and stiffer competition could bring the price down to a minimum of $2.186. Collectively, with the lack of any external catalysts, the price of RUNE could land at $2.547.

With many updates underway, and provided favourable market conditions the price could skyrocket to $5.072 by 2023. However, if bears rule the market then the price could plunge below $2.708. With average buying and selling pressures, the price might trade around $3.792 by the year’s end.

If the crew behind THORChain releases vital updates and announces major collaborations. The price of RUNE holds the potential to shoot to a maximum of $8.214, amidst Bitcoin’s halving event. Contrarily, if the protocol fails to commit to its expectations could call for liquidation, which could knock the price down to $4.221. Successively, the average price can settle at $6.048.

RUNE is more of a community-driven network, which might put the bulls on the cards for the altcoin. In the coming years, if it manages to maintain a similar technology. It can move at decent figures even though there is not much development poised. By the end of the next five years, RUNE might trade at a maximum of $12.730.

A major concern about the network is the liquidity, and if investors fail to keep up the levels. It might even end up getting delisted from prominent exchanges. In such conditions, with FUD, the token price might knock out at $6.635. Consequently, the price could settle at $9.230, if the network does not come across any major impetus.

According to digitalcoinprice.com, the price of RUNE will reach a maximum of about $2.75 by the end of 2022. The analysts from the firm have also made forecasts for the long term. They expect RUNE price may rally to $4.17 by 2025.

Click here to read our prediction of Zcash (ZEC)!

THORChain is a decentralized cross-chain liquidity protocol. Which facilitates traders to exchange various cryptocurrency assets across a wide range of networks without losing full custody of their assets in the process.  Moreover, the network allows traders to swap crypto assets in a permissionless way, without the use of order books to source liquidity.

THORChain ecosystem has its own native token RUNE. The token is available across multiple blockchains, including Ethereum as an ERC-20 token and Binance chain as a BEP-20 token. Basically, THORChain is a Proof-Of-Stake blockchain, aimed to serve basically four important functions within the network’s ecosystem: Security, Governance, Rewards, and Liquidity.

Network validators stake RUNE to ensure the security of the network. In the liquidity pools, every token is bonded to RUNE, which creates the required liquidity to conduct swaps. Liquidity providers and validators can claim their rewards in the form of RUNE tokens. In addition to this, the THORChain platform allows the traders to govern their assets without any middleman and without extra charges. 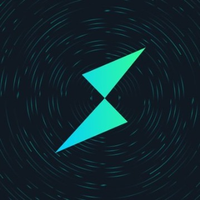 THORChain is a decentralised cross-chain liquidity protocol. which enables traders to exchange various cryptocurrency assets across a wide range of networks without losing full custody of their assets in the process. As per the official confirmation, the network has no organisational hierarchy. Instead, the in-network decisions are made via Gitlab, with nodes as the deciders. Initially, the THORChain platform was funded via an IDO, which was launched with the Binance DEX in July 2019. The THORChain ecosystem has its own native token, RUNE. The token is available across multiple blockchains, including Ethereum as an ERC-20 token and the Binance chain as a BEP-20 token.   THORChain is a Proof-Of-Stake blockchain, aimed to serve four important functions within the network’s ecosystem: security, governance, rewards, and liquidity. The network allows traders to swap crypto assets in a permissionless way, without the use of order books to source liquidity. The validators of the network stake RUNE to ensure the security of the network. In the liquidity pools, every token is bonded to RUNE, which creates the required liquidity to conduct swaps. Liquidity providers and validators can claim their rewards in the form of RUNE tokens. Moreover, the THORChain platform allows traders to govern their assets without any middleman and without extra charges.

As per the reports thorchain

has no founder, no CEO, and no directors. The development measures will be taken care of by Gitlab. An official Twitter handle of THORChain stated that self-organized developers work through Gitlab, and know better what to build.

Initially, the THORChain platform was funded via an initial DEX offering (IDO) which launched with the Binance DEX in July 2019. Its mainnet was launched in January 2021, but a multi-chain upgrade is currently scheduled for 2021.

The BiFrost Protocol (BFT) enables interoperability between chains. Interoperability acts as the basics of the ecosystem without which the entire ecosystem will fail. BFT confirms the trust and security of the platform and avoids double-spending and other malicious behaviours. THORChain solves blockchain.com

scalability issues via the Yggdrasil protocol. Aesir protocol serves as the governance token, it ensures a cost-effective on-chain governance mechanism.

THORChain has been performing with rapid bulls for quite some time with Joke currency fanfare. With the introduction of new technologies, RUNE’s price is expected to reach new highs. An increase in FOMO equals to increase in surge levels. According to Coinpedia’s formulated THORChain Price Prediction, if the above scenario arises, then RUNE might hit maximums and new peak at $3 by the end of the year.

Any new regulations from the country can stake the coin’s future. Also, if the social background for the coin disperses, then the price can entangle into a bearish hook. And might even fall to $2.2.

To read our price forecast of Helium’s (HNT) click here!

Is it profitable to invest in THORChain?

Yes, according to the predictions it is good to invest in THORChain. The long-term earning potential is considerably high.

Is there a lockup for adding liquidity?

There is no minimum or maximum time or amount. Join and leave whenever you wish.

Can I store Thorchain on the ledger?

You can use all wallets that support BEP2 tokens such as Atomic Wallet, Trust Wallet, and Ledger Wallet. With the Binance Chain app, Binance Chain wallet (binance.org ) etc…

What could be the highest price of RUNE by the end of 2025?