The world is adopting the blockchain technology at an accelerating pace. The adoption of the tech comes to solve real world issues and problems. VeChain is one such blockchain, which aims to solve the persistent challenges in the world. With its expertise in supply chain management, the tech has garnered the interests of the masses.

VeChain’s native asset VET has been distant from the glitter and buzz of the market charts lately. With the asset available at a discount, investors are keen on VET price. VeChain price prediction for 2023 could range from $0.0198 to $0.0417 for the year. Are you also considering VET for your portfolio? Look no further, as our prediction, brings to you the plausible VET price prediction 2023 – 2025 and the years to come!

VeChain Foundation, a non-profit organization registered in Singapore in 2017, manages the project. The project is known for its collaboration with major companies. Such as Microsoft, Shanghai Gas, Walmart China, BMW Group, H&M, and others.

VeChain is in the progress mode to build a blockchain-based platform. That does not only limit itself to the digital world but can also integrate with the actual business ecosystems. This would ensure that enterprises would be able to control various functions with the assistance of this blockchain.

The year 2023 could bring virtues to the price projections of VET if the network sees adoption by renowned companies. With the blockchain transforming logistics and supply chain the VET price could ascend to its maximum of $0.0417.

On the other hand, the protocol failing to meet its expectations can lower the price to $0.0198. That said, an equilibrium in buying and selling pressures could land the price at $0.0309.

If the crew behind VeChain employ developmental and community-building initiatives amidst Bitcoin’s halving event. A run like that of Bitcoin’s expansion rally can be anticipated. In such a case, the VET price could propel to a maximum of $0.0631 by the end of 2024.

If it is able to provide complete integration of the blockchain-based platform with the actual business world. It would be easier for companies to use the blockchain. By the next three years, VeChain price might reach a maximum of $0.100.

On the contrary, if the bears flips the uptrend, then the price could plunge to as low as $0.0664. Successively, the lack of propelling initiatives could settle VET at $0.0776.

What Is VeChain (VET)?

VeChain (VET) is a blockchain-powered platform built to renovate supply chain management. Its aim is to facilitate the best resources to traders, who wish to solve real-world economic problems.

The network owns two native tokens VET and VTHO. The goal is to boost the scalability, efficiency, and traceability of supply chains while directing more control to individual traders.

However, the platform is unique as it aims to overthrow supply chain friction and give an appealing impression to traders. 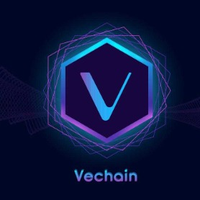 VeChain is a blockchain-based food traceability platform that provides the food and beverage industry with a variety of traceability functions that are readily deployable, including product provenance, quality certificates, etc. The company was founded in 2015 by Sunny Lu, who is also serving as CEO of the company currently. The company has its offices in Singapore, China, Japan, France, Italy, Luxembourg, and etc.   The products offered by the company are food safety track and trace, sustainability track and trace, general supply chain track and trace, low code deployment, and blockchain as a service. The solutions offered by the firm are sustainability and carbon management solutions, transparent supply chain solutions, blockchain storage solutions, and many more. The firm currently has 3K+ enterprise users and 300+ enterprise partners. Some of them are Arket, LVMH, BYD,DeadStock,Walmart China, PWC, Shokay, REEBONZ, and many more. As the company has grown to the depth level where it has achieved the title, suchas One of the compilation units of Shanghai, the world's first 5 star rated blockchain services, the influential blockchain innovation application of the year in 2019, and many more things are still coming.

In December 2017, the product was rebranded and relaunched as the VeChainThor blockchain for decentralized applications (dApps). VeChain has now established itself as a blockchain service provider for businesses in any industry.

Further, VeChain plans to become a leading platform for initial coin offerings(ICO). And also a platform for conducting transactions between the Internet of things(IoT) and its connected devices.

According to CoinPedia’s formulated VET price prediction, the price could brush a maximum of $0.0417 by the end of 2023. Conversely, things falling apart could land the price at $0.0198.

That said, with growing adoptions and partnerships, the price prediction could hit a maximum of $0.199 by the next five years.

What is a VET coin?

VET or better known as VeChain Thor is a native token of the VeChain network. Which is used for exchanges across the network, with an aim to empower scalability, efficiency, and traceability.

How high could the VET price propel by the end of 2025?

Where can I trade VeChain’s VET?

VET is available for trade across prominent cryptocurrency exchange platforms such as Binance, KuCoin, Huobi Global, and Gate.io, amongst others.

What will be the average price of VET by the end of 2023?

Is Vechain partnered with Amazon?

Earlier in the year 2022, VeChain foundation and Amazon web services (AWS) partnered to explore a carbon-neutral digital infrastructure to enable firms to manage their carbon footprint and achieve their emission targets.