Every single project in the crypto sphere offers a unique blend of features to its users. bittorrent 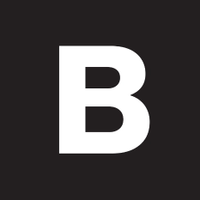 is one of the emerging cryptocurrency projects, which was established to provide a secure network. That extends its services as a file-sharing platform, which has been the primary motive of the firm.

BitTorrent has caught the attention of savvies from the business, with the recent launch of BTTC on the mainnet. And the much-talked-about token denomination. Puzzled with the talks around BTTC and token denomination? Join in as we discuss about BTTC, token denomination and the price prediction of BTT for 2022 and the years to come.

The second quarter was brutal for the broader crypto industry, as the business saw the insolvency of industry giants. BitTorrent had to bear the brunt just like most of its rivals. After losing over 64% in gains, the altcoin is now changing hands at $0.0000009.

BitTorrent would see the influx of newer investors at a steady pace if they find a linear rise in price. With a push coming from the healthy relationship with financial institutions and newer adoptions. The price could hit its maximum annual closing price of $0.00000243.

If the crew behind BitTorrent employ initiatives to garner the interests of marketers in the midst of Bitcoin’s big day. Seeking impetus from volumes, the digital token’s price could propel to a maximum of $0.0000039 by the end of 2024. On the contrary, ebbing volumes coming from negativity could slump the price to $0.00000213. That said, the regular price could land at $0.00000296.

Over the next 3 years, the price of BTT could thrive higher. With impetus coming in from the efforts of the new developers and community investors. The digital asset would receive further support from its growing user base, file-sharing tech, and dlive, amongst others.

The impetus could drive the price to its potential high of $0.00000622. That said, regular trade pressures and the dominance of hodlers could limit the price to average levels of $0.00000477. On the contrary, if the digital asset fails to support its stance in the business it could settle at $0.00000335.

Click here to read our detailed price prediction of Uniswap!

What Is BitTorrent (BTT)?

BitTorrent is a p2p file-sharing platform that has become more decentralized in recent times. Founded by Bram Cohen in July 2001, BitTorrent was taken over by the owned by justin sun

in July 2018. Thereafter, the BTT network has been upgraded with additional tools with a dedicated native currency BitTorrent Token (BTT).

BTT is a TRC-20 utility token, which is based on the Tron blockchain, that powers popular dApps and projects. Decentralized applications such as BitTorrent speed, BitTorrent file system, Dlive, etc.. are powered by the BTT token.

BitTorrent is a peer-to-peer file-sharing platform that has become more decentralized in recent times. Founded by Bram Cohen in July 2001, BitTorrent was taken over in July 2018 by Tron, which is owned by Justin Sun. The project was developed to replace the dated entertainment space, which made obtaining materials slow and expensive.   The project went live on the Tron mainnet in January 2019. The protocol enabled users to utilize tokens in the BitTorrent speed application to boost download speeds in July 2019. Furthermore, BitTorrent’s decentralised file-sharing protocol BTFS was launched on the mainnet in October 2019.   BitTorrent is supported by a robust and high-bandwidth blockchain. The platform is based on cryptographic methods, which are dependent on "zero-disclosure" evidence. The BTT platform has been upgraded with additional tools and a dedicated native currency, BitTorrent Token (BTT).   BTT is a TRC-20 utility token, which is based on the Tron blockchain and powers popular decentralised projects and applications. Decentralized applications such as BitTorrent speed, BitTorrent file system, Dlive, etc., are powered by the BTT token.

BitTorrent was founded by developer and entrepreneur Bram Cohen. The founder developed the project to depose the dated entertainment space which made getting material slow and expensive. BitTorrent is supported by a robust and high-bandwidth blockchain. The platform is based on cryptographic methods, which are dependent on “zero-disclosure” evidence.

The project went live on Tron mainnet in January 2019. BitTorrent enabled users to utilize tokens in the BitTorrent speed application to boost download speed in July 2019. Further, BitTorrent’s decentralized file-sharing protocol BTFS was launched on the mainnet in October 2019.

Fast forward to the 12th of December 2021, BitTorrent Chain (BTTC) went live on the mainnet. BTTC is the first heterogeneous cross-chain interoperability protocol, which adopts PoS. And employs side chains for scaling smart contracts. The makers have implemented the redenomination of BTT tokens, whilst maintaining the previous market capitalization.

According to Coinpedia’s Bittorent price prediction, if the network continues to work concerning enhanced security. BitTorrent file system, and speed then the price may witness an intense rally. Moreover, the recent redenomination of the digital asset could also play as a stimulant to the rally. That said, the digital asset could close the trade for 2022 at $0.0000015.

Whilst routine trade pressures could settle the price at average levels of $0.000001. If the protocol fails to stand to its expectations, the bears could take the price down to $0.0000085.

To read our price forecast of Solana’s SOL click here!

Can BTT be a profitable investment in the long term?

Yes, BTT can be a profitable investment in the long term, considering the major initiatives taken by the makers.

At what ratio were BTT tokens redenominated?

BTTOLD tokens were swapped with new BTT tokens in a ratio of 1:1000.

What could be the average closing price of BTT by the end of 2025?

Where can I buy BTT?

BTT is available for trade across prominent cryptocurrency exchange platforms such as Binance, Okex, Huobi, Bitfinex, KuCoin, and Bithumb, amongst others.