The projects based on Defi have undergone a sustained skyward move. As traders are always on the look out for a more quick, secure, and scalable platform. Elrond emerges as one of the top picks, which aims to revolutionize the space with its DEX.

The unique protocol’s native asset EGLD has seen dramatic growth over the years. As it is a highly scalable, fast, and secure blockchain platform for distributed applications. It provides high-level interoperability with fast execution speeds compared to other smart contract platforms.

Amazed by the short piece of introduction? Are you on the edge of learning about the prospects of the asset. In this article, we will thoroughly discuss Elrond’s price prediction for 2022 and beyond. You will also have a clear outlook on whether the EGLD Price will rise or crash.

EGLD had commenced the year with a price tag of $238.49, similar to the majority of the assets in the industry. The price of EGLD moved in a downtrend, and scripted its first notable dip to $202.48, on 5th January. The projection aggravated further, until it hit $177.84 on the 10th of January.

Whilst the price portrayed a short-term rise to $215.75 by the 13th of January. The altcoin slid to its quarterly bottom of $113.39, by the 13th of February. As bears were aggressive, the altcoin plummeted to $125.24, with the consecutive generation of lower highs. It was on the 21st of March when EGLD broke above its resistance at $158.88. As a result of the uptrend, EGLD’s price hit $202.48 by the end of the quarter.

The bear market has been brutal for Elrond, just like many of its rivals. Elrond had concluded the second quarter with a rate tag of $51.03. That said, the digital token is presently down by over 73% since the start of the previous quarter.

With impetus coming from volumes and updates around its MAIAR DEX, EGLD could hit a maximum of $57.81. On the downside, aggravating concerns about the spike in inflation could push the asset to find support at $46.58. Successively, an equilibrium in buying and selling pressures could settle the price at $52.10.

EGLD could make the most out of Q4, if the social sentiments, announcements of collaborations, and updates prevail in its favour. This could drive its trading value, which could surge to $78.34. On the negative side, if the protocol fails to adhere to its expectations, it could hit its potential low of $54.22. Conversely, a linear momentum should take the price to $65.70.

Initiating the year on a bullish note could help the altcoin set a new benchmark. With certain partnerships and developments of its protocol. The price might reach newer heights of $130.72. Falling prey to bearish trends, the token may decline to the $67.84 mark. Collectively, considering the bullish and bearish targets, EGLD might trade at an average price of $93.42.

The year 2024 is anticipated to be bullish for the crypto industry, as it marks the year of Bitcoin’s halving. If the crew behind Elrond, make hay while the sunshines with developments, and community-building events. The price of EGLD might catapult to its potential high of $201.35.

Contrarily, if the business comes across regulatory constraints, EGLD’s price might slump to the lows of $109.63. That being said, the average price might revolve around the $152.18 mark.

On the road to 2025, EGLD might concentrate on enhancing the scalability and interoperability of the platform. And the price is expected to rise high if the community succeeds to provide the requisite updates and developments. It might even compete with other altcoins platforms in terms of transaction speeds. In such a scenario, EGLD’s price might soar to a maximum of $333.29.

Conversely, the currency may sink around the $168.86 mark, if the market continues to remain volatile for a longer period of time. Nevertheless, constrained by a linear momentum, with the lack of any propelling events, EGLD’s price might settle at $234.40.

Click here to read our price forecast of VeChain (VET)!

Elrond platform being a blockchain protocol seeks to provide fast and secure transaction speeds by using sharding. The network’s smart contracts execution platform has the potential to handle 15,000 transactions per second. The Elrond blockchain has its own native token named as eGold or EGLD.

Which is utilized to pay network fees, reward network validators, and staking. Elrond works on a Secure Proof-of-Stake consensus mechanism. In which the nodes must stake their EGLD tokens to participate in the validation process. According to its whitepaper, it intends to develop its ecosystem and establish Elrond as a store-of-value asset. 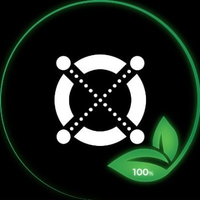 Elrond is a blockchain network that offers extremely fast and secure transaction speeds, which is achieved by sharding. The network’s smart contract execution platform has the potential to handle 15,000 transactions per second. Elrond was founded in 2017 by Beniamin, Lucian Mincu, and Lucian Todea. It was created with the vision of solving the problem of blockchain scalability. Elrond was first announced in August of 2019, but it was in July of 2020 when its mainnet went live. The protocol defines itself as a platform for the new internet economy, dApps, and use in enterprises. The Ethereum blockchain has its own native token named eGold, or EGLD. which is utilised to pay network fees, reward network validators, and stake.   The protocol works on a Secure Proof-of-Stake consensus mechanism. In which the nodes must stake their EGLD tokens to participate in the validation process. As per its whitepaper, it intends to develop its ecosystem and establish Elrond as a store-of-value asset. With high scalability as its USP, the network aims to eradicate drawbacks found in some blockchain projects. like full decentralization, cross-chain interoperability, and robust security. Conversely, the platform encourages developers to build on it and provides 30% of the smart contract fees as royalties.

The network’s main aim is to eradicate drawbacks found in some of the blockchain projects. Like full decentralisation, cross-chain interoperability, robust security, and high scalability. The project specifies itself as a technology ecosystem for the new internet including fintech and decentralized finance. Its native token eGold or EGLD is used for paying network fees and rewarding validators. 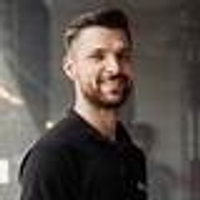 beniamin mincu co-founder and ceo at elrond Beniamin Mincu is a Romanian Tech Entrepreneur. He graduated from the Faculty of Economic Sciences, Romanian - German University of Sibiu, earning a Bachelor’s degree in Economics, and Management. Business ethics, Finance, Logistics, Macroeconomics, Management, Marketing, Microeconomics, Production management, Project Management, Quality Management, Statistics, and Strategic Management are the courses he learned.   Beniamin Mincu is currently Co-founder and CEO of Elrond, which is a new blockchain interpretation designed from a graze to be an internet-scale blockchain, escorting a 1000-fold improvement in throughput, execution speed, and transaction cost. By dint of Elrond, Beniamin attempts to precipitate the advent of a high-bandwidth, transparent, digital financial system, and make it accessible to everyone, everywhere.   Beforehand Beniamin was one of the early blockchain pioneers in Europe, engaged since 2014 in the NEM.io core team, and investor in several well-known blockchain startups such as Binance, BAT, and Tezos through MetaChain Capital, which he founded with his brother. He introduced two key innovations, a novel Adaptive State Sharding mechanism, and a Secure Proof of Stake (PoS) algorithm, enabling linear scalability with a quick, efficient, and secure consensus mechanism. Accordingly, Elrond can process greater than 10,000 transactions per second(TPS), with 5-second dormancy, and inconsequential cost, aiming to become the backbone of a permissionless, borderless, internationally accessible internet economy. EntrepreneurManagementCrypto and Blockchain Expert 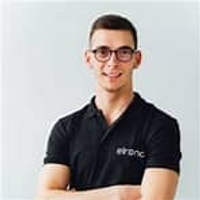 lucian mincu co-founder and ceo at elrond Lucian Mincu is the Co-founder and CEO at Elrond Network, Regensburg, Bavaria, Germany. He is an enthusiastic, self-directed infrastructure engineer with wide-ranging experience distancing from developing end-to-end startup solutions to designing and implementing highly complicated infrastructure and network architectures (Networking/ Firewall / Servers/ Deployments/ High Automated Rollouts) for 20+ large German education institutions and other institutions around the German State. He treasures cutting-edge technology and entered the blockchain space in 2016.    Additionally, Lucian Mincu was the Co-Founder and CTO of ICO Market Data, where he worked for five months, from August 2017 to December 2017, and also served as Senior IT Security Consultant and Project Management at LIEBL SYSTEM GmbH from December 2016 to August 2017 in Regensburg Area, Germany; IT System Engineer/ IT-Specialist at cetto Services GmbH, Saal a. D. Donau, Germany; CTO at Uhrenwerk24 UG in Ingolstadt, Germany from June 2012 to February 2014; IT Consultant at Computer Troubleshooters in Sibiu, Romania from April 2010 to June 2012; Co-Founder and CTO at Meta chain Capital from September 2016 to December 2017.    The main objective of Lucian is on Elrond Network, to provide everyone, everywhere smooth access to the digital economy, by delivering a 1000x development in blockchain speed, scale, cost, and user experience. To accomplish this he built a dedicated team of entrepreneurs, engineers, and researchers with which he can rigorously construct rockets. Entrepreneur 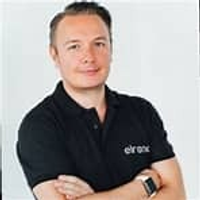 lucian todea co-founder and coo at elrond Lucian Todea is a Romanian Technology entrepreneur and angel investor. He is also called Ironman. He is a technology enterprise administrator along with considerable operational, business development, general management, leadership, and international experience. He was engaged in many other tech startups energizing mobile payments, gaming, travel, and mobile advertising. A Mentor, advisor, and member of MVP Academy, MVP Angels, TechAngels, VentureConnect, StartupSpotlight, InnovationLabs, etc.       He is the Co-Founder and COO of Elron, Sibiu, Romania, having experience of more than 20 years in Internet and Tech related business. In 2001 Lucian began to work as an entrepreneur, and launched his first website Soft32.com, which is one of the most famous download platforms in the universe, and was just a student of twenty-one years old. A year later, in 2002, he decided to give up The Bucharest University of Economic Studies, where he was specializing in Finance, Insurance, Banking, and Stock Exchange to focus on building and broadening the Soft32 platform. Soft32 listed more than 150,000 applications, which were visited by exceeding 10M users every month. Consequently, the company behind Soft32, ITNT was acknowledged in 2014 as one of the quickest growing tech startups in Europe and EMEA.   He invested in many companies such as Smartbill as Investor from September 2013 to the present, which is the most used Romanian invoicing and accounting SaaS platform in Sibiu, Romania; TypingDNA offering typing biometrics and 2FA solutions for securing devices and web applications from October 2016 to present at Romania, US; Homefresh, the pioneer meal kit delivery service from January 2019 to December 2019 in Romania. He was honored by Inc. 500 Europe 2016, Deloitte Technology Fast 50 in Central and Eastern Europe on September 2014, Deloitte; Deloitte Technology Fast 500 in EMEA on September 14, Deloitte; 100 Tineri Manager de TOP on May 2014, Business Magazine; Best Yahoo! product enhancement in 2011.  EntrepreneurInvestor

. The platform encourages developers to build on it and provides 30% of the smart contract fees as royalties. The company also maintains a specified supply of ELGD tokens, which are staked on its network since the first year. The validator nodes also receive a 36% annual rate.

Elrond price with certain variations might escalate higher if the community enters into strategic partnerships with certain projects. As per Coinpedia’s formulated Elrond price prediction, the token may surge to a maximum of $78, by the end of 2022. That said, the digital asset falling prey to negativity, could drag the price down to $54..

Is Elrond using the  Proof of Work consensus algorithm?

No, Elrond uses the Proof of Stake consensus algorithm.

What makes Elrond a unique currency than others?

Elrond is unique from other currencies as it is developer friendly, secure and an efficient mechanism.

Is Elrond a profitable investment?

Yes, Elrond might be a profitable investment for the long term.

What will the maximum price of EGLD be by the end of 2025?

As per our Elrond price prediction, the altcoin might soar to a maximum of $333.29 by the annual closure of 2025.

Where to trade Elrond?

Elrond can be traded on popular exchanges like Binance, CoinDCX, EtoroX, OKEx, WazirX and many more.