The dimension of DeFis welcomed a new stout project to its league in the year 2020. The project we are referring to here is AMP, which is renowned for operating on the Flexa Network. AMP aims to ensure that the transactions and the underlying data are sped up, whilst being secured. The project also aims at collateralizing transactions as a virtual currency.

Moreover, AMP offers customers the ease of buying and selling in fiat and any other virtual currencies. This is possible because of its construction on the Ethereum platform in compliance with the ERC20 protocol for tokens. Are you someone looking for an in-depth AMP price prediction? Then you have landed at the right place! As we decode the plausible price projections for 2022 and beyond!

*The statistics are from the time of publication.

AMP Price Prediction For The Year 2022

The token had a bearish start to the year, the coin was down by almost 40% with a price of $0.04. Due to acute build-up in selling pressures, the coin continued its descend to brush $0.02 on the 21st of January. Later in February, AMP’s price rose to $0.03 but failed to retain that price margin.

Circumstances in March were no different, tensions in the market exacerbated the downward trend. Wherefore the price of AMP slipped back to $0.2 again. After that, a steady ascent brought the quarter to a conclusion at $0.02. Moving forward, the coin constantly plummeted to reach the cost of $0.01 on the 1st of May. For the rest of the month, the token did not confront any major price changes.

The price of AMP has followed a rough course since the beginning of July. The cryptocurrency dropped precipitously to $0.008 on the 16th of June. The build-up of bearish pressures and fear amidst the rise of insolvency crisis of major firms led to the second quarter’s closure at $0.0104.

A significant benefit of AMP is the ability to trade at higher rates as the network grows. This has helped it to dramatically expand the proportion of miners. It is aiming to address accessibility concerns and entrapping deceitful or spurious transactions which can help AMP hit a maximum of $0.0113.

On the contrary, the token’s price could also end up settling at the low of $0.0085 if the bears continue to rule. That said, a balance in buying and selling pressures could end up its average price at around $0.0101.

Price Forecast Of AMP For Q4

Price Statistics of Amp is being added to DeFi platforms’ goods. This has significantly improved the collateral value of AMP and also broadened its existing and emerging applications. Users can investigate numerous DeFi platforms that are now employing Amp which can close its annual market at its peak of $0.0142.

On the flip side, any possible downfalls like delays in developments can flash its price to attain the low of $0.01024. That said, consistency in trade activities could land the price at $0.0121.

AMP functions on Ethereum, and its shift to ETH 2.0, will be imperative for AMP. Successively, the AMP economy would be thrilled to see this shift. As, the worth of the entire ecosystem could rise, landing its highest price at $0.0245.

On the contrary, factors like negative criticism and the fall of the community can hold the token back. That said it could end up at the lowest price of $0.0132. Moreover, the anticipated average trading price is around $0.01887.

One of the members of the AMP family is Flexa Pay. The online payments scaled by Flexa Pay will eventually happen in 2024. As a result, the economy as a whole will have more users. Flexa’s rapid expansion would assist AMP in attaining its long-term price goals. This would help its price peak at $0.04014.

However, prolonged bearish dominance and declining volumes may pull the price to $0.02149. That said, its average trading price could be around $0.03016.

Since a wide variety of use cases for collateral are supported by AMP. The idea of specified partitioning techniques may allow for the creation of a host of features. Such as collateral systems for staking without anyone ever having to leave one’s home address. It would have an optimistic impact on its user base which would propel its price to $0.06341.

According to the AMP price prediction by Digital Coin Price. The altcoin is anticipated to surge to a maximum of $0.0124 by the end of 2022. The analysts believe that a reversal in trends could knock the price down to $0.0109. And that, a balance in buying and selling pressures could land the price at $0.0118.

As per the AMP forecast by Trading Beasts, the price of AMP could soar to a maximum of $0.0163 by year-end. The analysts from the prediction firm have pinned the minimum and average targets for the year at $0.0111 and $0.0131. Trading Beasts also hosts predictions for the long-term. It foresees the AMP price to brush a high of $0.0229 by the end of 2025.

Click here to read our price prediction of Terra (LUNA)!

The Flexa payment platform’s native coin is called Amp. With Flexa, businesses can take payments in a variety of digital currencies without having to worry about payment failures. Additionally, it uses collateralized Amp coins to enable quick approvals.

It is the customer’s right and privilege to stake and guarantee any type of value exchange. Including electronic payments, trade of fiat currencies, administration of loans, sale of real estate, and much more.

Followers : 0 View profile , it has a devoted league of advisors and traders. An innovation that turned into an ERC20 token, making waves on the AMP cryptocurrency exchange and other comparable platforms. 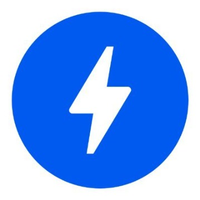 The AMP can be pictured as a form of payment insurance. The protocol intervenes to cover losses if a transfer on the Flexa network crashes owing to prolonged processing durations. To enable payment during a regular checkout process, Flexa interacts natively with preexisting point of sale (POS) platforms and digital channels.

According to the co-founder Tyler Spalding, the firm steadily uses its wallet service while offering more centralized solutions for retail partnerships. The fact that this protocol guarantees liquidity and lightning transaction speeds sets it apart from its rivals. Therefore, it would not be wrong to say that AMP coins serve as stimulants for the implementation of smart contracts and financial transactions.

The collateral models for AMP will keep evolving. AMP will eventually offer non-fungible tokens, actual assets, and a variety of digital currencies as collateral. As a result, there will be more AMP users, bringing in volumes. According to CoinPedia’s formulated price AMP price prediction, the altcoin could climb as high as $0.015 by the end of 2022.  On the contrary, the price can hit a potential low of $0.01.

To read our price prediction of Solana (SOL) click here!

A: AMP was created to serve as collateral for payments made using other cryptocurrencies.

Q: Is AMP a Good Investment?

A: AMP has been in the bearish trend for the past few months. However, it has strong fundamentals which make it a good long-term investment.

A: AMP is available for trade across prominent cryptocurrency exchange platforms such as Binance, Bybit, Bitget, and BingX amongst others.