The world of cryptocurrencies has seen a host of digital assets flourish, from varied sectors. One sector which has seen impeccable growth in the past is the sector of Decentralized Finance (Defi). Successively, numerable digital assets from Defis, have garnered the interest of the masses. One such asset is SushiSwap’s (SUSHI), which has seen bullish green price spikes in the past.

SushiSwap has been crowned as a fork of Uniswap, which aims at doing things in a much more efficient manner. The protocol boasts some of its unique traits such as AMM, and the Onsen Program, amongst others. Are you one of the many, who are considering SUSHI for the next Defi league? Then this write-up is the go-to source, as we decode the plausible price predictions for 2023 and the years to come!

If the makers head out on empowering the community, whilst attracting new investors. The innovative offerings of the platform such as multi-chain AMM, staking, lending and leverage. And the Onsen program could drive in a host of new partnerships and adoptions.

If the team behind SushiSwap rolls out notable developmental and community building initiatives and the protocol manages to lure the interests of institutions and big-money investors. The price of SUSHI could embark on a run to its potential high of $4.6703.

On the contrary, the altcoin might drop to a minimum of $2.3866. Successively, the lack of impetus could conclude the year at $3.5379.

By the end of 2025, we could witness a moonish run of Defi projects, which could reiterate greenish numbers on the market charts. In such a scenario, the price of SUSHI could chug up to $7.6522 by the end of 2025.

Conversely, the ebbing stance of the project and stiffer competition in the industry might slash the price down to $4.0852. Successively, considering the bullish and bearish targets the regular price could settle at $5.8593.

SushiSwap was launched in the month of September 2020, as a fork of Uniswap. The protocol is one of the finest examples of “Automated Market Maker” (AMM), which has grown to become an alternative to Defis. AMMs are now a prominent tool in the industry, which are DEXs that use smart contracts to create trade places for any tokens.

The project focuses on diversifying the AMM market, whilst also adding new features, which were absent on Uniswap. One of the prominent features is increased rewards for participants of the network via SUSHI. SushiSwap intends to improvise the offerings of Uniswap. By increasing the footprint users can have on its future prospects. 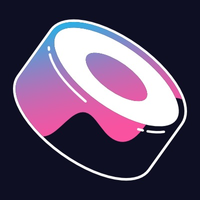 SushiSwap is a decentralized cryptocurrency exchange and automated market developer built on the Ethereum platform. The platform seeks to boost a network of users to operate a platform where users can buy and sell crypto and other assets.  ShushiSwap was established in 2020 by a pseudonymous group of individuals called Chef Nomi, and 0xMaki, and is based in Japan.    Sushi is the home of defi and is building a comprehensive decentralized trading platform for the future of the financial ecosystem. The platform enables the users to Swap, earn, lend, borrow, stack yields, and leverage all on a single decentralized community-driven platform offering SushiSwap AMM, BentoBox Dapps, Kashi Lending, and API products. Sam Bankman-Fried was among the early investors of SushiSwap, and it is associated with partners like Yearn Finance, Aave, Keep3r Network, Akropolis, CREAM Finance, and Pickle Finance.

As aforesaid, SushiSwap was launched in 2020. The protocol was founded by its pseudonymous creator Chef Nomi, and two other pseudonymous co-founders Sushiswap and OxMaki. The protocol’s code, development, and business operations were handled by the three founders.

In the recent past, the de facto ownership of the project was moved to Sam Bankman-Fried. Who is the CEO of FTX and Alameda Research. Mr Bankman-Fried is a prominent participant and market commentator. Who makes frequent visits for media interviews.

Coming to SushiSwap and liquidity pools, Sushiswap takes a cut of 0.3% from transactions in its liquidity pools. While SUSHI is employed to reward users portions of those fees. The token also authorizes users with governance rights.

According to Coinpedia’s formulated price prediction. If the protocol finds newer buyers and hodlers. The price of SUSHI might take an ascend to a maximum of $2.719 by the end of 2023. On the downside, facing the brunt of bearish trends, the price of the altcoin might take a dip to $1.408.

Is SUSHI a good investment?

Yes, SUSHI could be a profitable investment, if considered for the long term.

When was SushiSwap launched?

SushiSwap was launched in September of 2020.

What will the maximum price of SUSHI be by the end of 2023?

How high will the price of SUSHI escalate by the end of 2025?

How to buy SUSHI?

SUSHI is available for trade across prominent cryptocurrency exchange platforms such as Binance, Huobi Global, and OKEx.