The cryptoverse is home to a myriad of projects employing P2P (peer-to-peer) technology. But one such cryptocurrency which is widely known and is popular amongst users mainly for its privacy-oriented features is Monero. It is built on one of the most unique blockchains that make the transaction details anonymous. This is done by disguising the address used by participants.

Moreover, unlike Bitcoin, mining Monero does not require any additional high-end hardware. And can be done on traditional computing devices. But what can we expect from Monero in the future? Will the Monero price surge or plunge over the years? Worry not, as we bring to you the XMR price prediction for 2022 and the years to come!

Monero had initiated the year with a price tag of $250.29, which was its local top of the week. The price of Monero could not pick up steam from its resistance. Which led to the altcoin taking a 28% fall to $178.96 by the 10th of January.

Following the tensity around the geopolitical tussle between Ukraine and Russia, and anxiety of FED’s rate hike. The price is seen scripting an inclining uptrend, which led to the altcoin’s quarterly closure at $212.62. The second quarter turned out to be ruthless for the industry. Monero’s price has ranged in tandem with the broader market and is presently down by over 33% from its annual top.

With notable collaborations, adoptions, and a growing user base, the price could propel to its maximum of $197.3.  On the downside, a possible dump in the market, and negative criticism could clutch the price down to $144.3. That said, we can expect an average trading price of $167.4.

The fourth quarter remains crucial for Monero, as it could potentially create a new ATH. With growing concerns of privacy and security amongst investors. The network would host newer investors, which could help it establish its potential high of $253.8.

Conversely, the bears out-weighing the bulls could suppress the price to $182.9. Factoring in the maximum and minimum price targets, the average price could settle at $216.0.

Monero could find some stiff competition amongst rivals and emerging protocols in the industry. Which could limit the price to its potential low of $236.2. On a positive note, with growing prominence and developments, the price of XMR could claim its potential high of $436.4. That said, a balance between the buying and selling pressures could settle the price at $316.23.

The yearn for privacy and security will only rise higher in the coming years. And Monero being an ace player in it, will find numerous buyers over the course of time. On the other hand, 2024 also marks the year of Bitcoin’s halving event. This could also propel altcoins to greater heights, and XMR could steal a pie.

In such a case, the XMR price might propel to a maximum of $712.4 by the end of 2024. Conversely, factors like soaring inflation numbers and regulatory clampdowns could haul the price to $377.8. That said, an equilibrium in buying and selling pressures could land the altcoin at $518.8.

XMR might surge effectively in the coming years, but the bearish trends may also haunt the price accordingly. Despite the huge bullish momentum, the price may tend to witness a drop, and may trend within $601.9. However, some bullish trends may not be ignored, and eventually, the price may trade above $1155.2 by 2025. Considering the bullish and bearish targets, the regular price might occur at $837.7.

Gov. capital has revised its Monero price prediction. The firm now expects the token to hit a maximum of $181.78 by the end of 2022. On the contrary, they believe that a trend reversal in the market would plummet the price to $134.364. And with average buy and sell pressures it would end up trading at $158.076 by 2022.

What Is Monero (XMR)?

Monero (XMR) is a privacy-focused cryptocurrency that was launched in 2014. This blockchain forms an underlying technology behind digital currencies. And acts as the public ledger of participants that showcases all the transactions on the network.

The unique part of the Monero blockchain is that it can be mined using minimum hardware, with the domestic C.P.U’s. Unlike Bitcoin where-in, a huge hardware setup is required to mine. And hence the consumption of energy remains relatively low.

The native token of Monero is XMR which initiated trade in the mid of 2014. The founders of Monero decided to remain anonymous. Moreover, according to some rumours, Satoshi Nakamoto who is the inventor of Bitcoin, is also the creator of XMR. 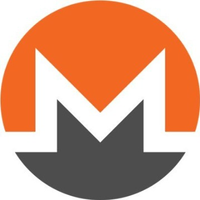 Monero (XMR) is a privacy-focused cryptocurrency that was launched on Bitcointalk as Bitmonero in 2014, then renamed to Monero. It’s still impossible to find the real founders of Monero. The crypto fraternity firmly believes there are seven key members involved in the platform who have decided to remain anonymous. As per rumors, Bitcoin founder Satoshi Nakamoto is one of those seven members who hold a key role in the Bitcoin platform.   The blockchain forms the underlying technology behind digital currencies. and acts as the public ledger of participants that showcases all the transactions on the network. The unique part of the Monero blockchain is that it can be mined using minimum hardware and with domestic C.P.U’s. Unlike Bitcoin, a huge hardware setup is required to mine. Hence, the consumption of energy remains relatively low.   Monero aims to achieve the highest level of decentralisation possible, such that users don’t have to trust anyone. The native token of Monero-XMR is a completely fungible digital asset. The details about senders, receivers, and the amount of funds transferred are obscured by default. That said, the process of obfuscation is achieved by the use of ring signatures.

It’s still opaque to find who are the real founders of Monero. The crypto fraternity firmly believes there are a total of seven key members involved in launching the platform. Who decided to remain anonymous.  As per speculations, Bitcoin founder Satoshi Nakamoto is one of those seven members who holds a key role in the platform.

Monero was launched on Bitcointalk as Bitmonero in 2014, then renamed Monero. The initial months were challenging for the platform. It had also recovered from a spam attack in September 2014. Whilst in the same year, the platform became successful in publishing research lab papers 1, 2, and 3. The platform aims to launch second-layer solutions of speed and scalability in the years to come.

The Monero platform seems to be invincible with a string of events lined up for launch. This secure platform is the best-suited investment in the contemporary rocky market scenario.

According to Coinpedia’s formulated Monero (XMR) price prediction. If the network launches upgrades such as the second layer solutions for speed and scalability, Bulletproofs+, Return addresses, and Triptych. The price may easily surpass the $250 mark by 2022. Conversely, if the network fails to execute its plan. Then the price can flip into a bearish trap, and dip to $180.

To read our price prediction of Zilliqa (ZIL) click here!

Monero is a privacy-oriented crypto that is untraceable.

What will the maximum price of XMR be by the end of 2025?

How much Monero can be mined in a day?

A single block of Monero requires approximately 2 minutes to mine. Hence nearly 720 blocks can be mined in a day.

Can I mine Monero on my laptop or phone?

Yes, you can mine XMR on your laptop or Android phone, using the right app.

Chainlink Price Prediction 2023 – 2025: How Will LINK Perform In The Coming Days?