It would not be wrong to say that Defi projects are becoming the talk of the place. With breakthrough platforms heading upwards to decentralize our complete ecosystem. One such bubbling project in the crypto world is Kava. The business was set up to provide trustworthy, secure, and easily accessible financial services to everyone across the globe.

In the DeFi space, KAVA is a specialized system that caters to users with collateral loans and stablecoins for big names including BTC, BNB, xrp ledger Followers : 0 View profile , and ATOM. You can think of it as the decentralized bank for digital currencies. Employing Decentralised Financial (DeFi) services removes the intermediary’s barrier.

Will KAVA make a comeback and expand to new heights any time soon? Or will it be overthrown by rival crypto assets? All of your queries will be answered in this write-up! Fasten your seatbelt as we unravel the KAVA price prediction for 2022 and beyond!

KAVA began the new year following the bearish trend from its succeeding fourth quarter. However, the coin rose with the Kava 9 mainnet upgrade that was successfully unfolded on January 19, 2022. Unfortunately, the bulls could not stay for longer and between January 16th and January 23rd. The token plummeted, from $5.53 to $3.38.

Followers : 0 View profile and Ethereum ecosystems. The upgrade could not help its bearish takeover, and the coin resumed trading at about a $3 price target. The token further railed down to $2.06 on the 9th of May.

Moving ahead in May the coin tumbled down to a $1 price margin. The token kept pivoting around the $2 price for the following months. Moreover, at the time of writing the token was seen trading at $1.951.

The Kava Network ETH gateway is poised to go live in Q3. And hundreds of ERC-20 holdings and ETH will be able to seamlessly transfer onto the Kava platform. In addition to native Kava assets onto Ethereum and other EVM-architecture systems. That being said, a possible hype in the market can peak its price at $2.347.

On the other hand, a dearth of fuelling efforts might drop the cost to at least $1.894. That said, the value could ultimately end up at $2.122 if there remains an equilibrium between buying and selling pressures.

The Kava Network will be connected to the BNB Chain in Q4 employing the EVM technology of the Ethereum Co-Chain. Opening up around 300 BNB Chain holdings for possible application in the Kava system. In such a case, KAVA’s price could chug up to a maximum of $2.696.

In contrast, if the network aggravates further, the altcoin could swing down to $2.140. That said, constrained by the linear projection of price, the average price could land at $2.367.

When CosmWasm integration launches in 2023, smart contract dApps can be quickly added to the Cosmos Co-Chain. Which could draw new smart contract programmers from all over Cosmos to the Kava Network. That being mentioned a possible increase in the user base can shoot up its price to cross the $4.558 price tag.

However, on a down note, the altcoin may close the year trading at $2.510. Despite this, the average price may find its ground at $3.397 if it is confined by a linear momentum.

With its variety of decentralized financial services and products. Kava’s network can function totally as a bank without the requirement for a middleman in the crypto market. This means it will offer a wider level of interoperability in the future hence, heading towards a potential high of $7.401.

However, if the bears outpace the bulls, the value may go as low as $3.974. Eventually, a balance between the demands of purchasing and selling could bring the price to $5.290.

The Kava ecosystem is supposed to grow its business and ventures while focusing on new initiatives, advancements, and alliances to strengthen the network. Moreover, by the end of 2025, if the network broadens its scalability it can rise to the maximum of $10.823.

The token might drop to $5.858 in the event of a probable crash brought on by any potential regulations. Nevertheless, taking into account both the bullish and bearish projections, the average price may end up at $8.217.

According to the website’s evaluation, the minimum, maximum, and average prices for 2022 might be $2.09, $2.42, and $2.17, respectively. Crypto specialists from the firm believe that Kava has enormous potential and that its price could rise to $7.17 by the end of 2025.

Click here to read our price prediction of eCash (XEC)!

What Is Kava (KAVA)?

Kava Labs, a business committed to globalizing the availability of financial services, established the Kava Network in 2018. The Kava mainnet went live on November 14th, 2019. Numerous cryptocurrencies are supported by it, including BTC, Ripple (XPR), Binance (BNB), and Cosmos (ATOM).

The Kava blockchain functions as a decentralized financial institution. Based on its whitepaper, it is the first DeFi network to give users the choice to lend and borrow significant crypto assets without the involvement of a conventional financial middleman.

Kava is the first app designed on Cosmos, which, in the words of its developers, enables Kava to function “lightning-fast” — the system’s key differentiator. Co-Chain architecture, which integrates the compatibility of the Cosmos SDK with the speed and versatility of the Ethereum blockchain, powers the platform. 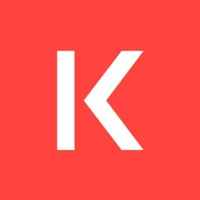 The Kava Network’s primary contributing team is Kava Labs. The business’s goal is to make the Kava Network one of the five largest Layer-1 blockchains. By appropriately enabling and rewarding the programmers who promote the development and adoption of Layer-1 ecosystems.

Scott Stuart, Ruaridh O’Donnell, and Brian Kerr are the other co-founders of Kava Labs. A Layer-1 blockchain called Kava unites the developer-friendly features of ethereum

Followers : 0 View profile with the scalability and interoperability of Cosmos. Additionally, its strong Proof-of-Stake (PoS) consensus network has excellent token bondage, and the ecosystem is secure, thanks to the greater than 100 validation nodes.

A co-chain design that is developer-friendly is used by the Kava Network. Support for EVM smart contracts is enabled by the Ethereum Co-Chain, and the Inter Blockchain Communication Protocol. And the blazing-fast Tendermint consensus engine are enabled by the Cosmos Co-Chain (IBC).

Implementing upgrades and expanding marketing could influence luminaries to support the network. Including an increase in intuitive belief among investors and traders alike.

By the conclusion of 2022, the value of KAVA can increase to $2.7. On the flip side, paucity of developments and growing shareholder FUD may cause the price to bottom out at $2.15.

Q: Is KAVA a good investment?

A: KAVA with its fundamentals and the vision of the makers can be a good investment for the long term.

Q: Is Kava a safe platform?

A: Yes, Kava is a secure and legit platform.

Q: Where to buy Kava coins?

A: All of the main cryptocurrency exchanges, including Binance, Kraken, Huobi Global, Upbit, etc have listed KAVA.