The crypto sphere has been welcoming to diverse projects over the years. The SafeMoon has been one of the unique projects, which was launched in 2021. Like the other famous cryptos, SafeMoon also works on similar principles like a higher TPS and improved security. But additionally, it has promised to make investments safe by pulling down the volatility movements.

Being launched only recently, the token was a massive crowd puller. With increased hype in the meme space, the protocol holds the solid potential to outpower chief meme coins such as Shiba Inu and Dogecoin.

Wondering if an investment in this currency will be the next good thing to do? Look no further, as this write-up covers the possible price projections for 2023 and the years to come!

If SafeMoon V2 sees possible listing on any major cryptocurrency exchange platforms, notable adoptions and collaborations. It would find a wider audience, wherefore, the push in volumes, could take the token to its potential high of $0.0006648.

The price of SFM might chug towards higher peaks if it employs community driving initiatives and real world applications. Catering to which, the price might shoot up to a maximum of $0.0011759.

However, if the market witnesses massive liquidations resulting from uncertainty and FUD, the token might tumble down to $0.0005611. Contrarily, the lack of impetus such as developments and use cases could settle the price at $0.0008833.

The crypto industry is expected to thrive at an impeccable rate over the years. So are NFTs and metaverse. The results of which could reflect on SFM, which might spike to a maximum of $0.0016573.

On the contrary, emerging rivals and growing competition, might drag the price to a minimum of $0.0009796. Considering the bullish and bearish targets, the regular price could occur at $0.0013221.

The price could soar to a maximum of $0.000664 by the end of 2023. On the flip side, If the industry spectates a possible crash owing to financial crisis or regulatory concerns, the crypto asset might plunge to $0.000321.

What Is the Safemoon Token?

The Safemoon protocol was launched recently on March 08, 2021. Safemoon’s official website quotes that, ‘The token is based on three main functions, Reflection(Static Rewards), LP Acquisition, and Burn’. The people who hold the token for a long time are eligible for static rewards. Moreover, The automatic LP helps to control the volatility of the price, keeping the altcoin a practically safe investment.

Maintaining the safety of the protocol, the developer burned all tokens in the Dev wallet before launch, having a fair launch on DxSale. The LP is locked on DxLocker for four years and generated with every trade & locked on PancakeSwap. The network works on regular burning events, to keep the price movements in a check. Consequently, when the supply turns limited, the value of the coin hikes!

Additionally, this altcoin vows to resolve conventional flaws in the crypto space, importantly-Volatility. Open arms to the safe deflationary coin? Safemoon lies on the existing blockchain, where it also becomes decentralized. 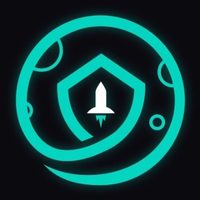 Stepping into the space, earlier in 2021, the network aims to bring a revolution in DeFi. Where static rewards are under implementation to relieve selling pressure in the market. Precisely, the currency is a good game for long-term investors, which incentivizes token holders as a bonus! A price cushion is generated by the automated Liquidity pool, making the investment safe for its token holders.

Remarkably, the network uses a manual burn-in technology over traditional burning methodologies. Making sure that price volatility is under deduction when the supply rises. Despite the novel conventionalizes, Safemoon experiences criticisms within the crypto market marking the currency as ‘Does nothing’ or ‘Farthest from safe’ taglines.

Soon after its launch, the altcoin got added to the meme coin list following Dogecoin and Shiba Inu. However, the bottom line hit hard when SafeMoon’s price escalated in April. As renowned celebrities like Lil Ytachy, a popular rap artist, Nick Carter (Backstreet boys) and many more.

Soon the network began collaborating with popular crypto platforms and institutions, expanding its empowerment. In March, a Safemoon X Bibipom partnership struck on board. Later in May, the network collaborated with Simplex. On the 13th of December 2021, the makers opened the doors to upgrade Safemoon from V1 to V2. Whilst merging the tokens in a ratio of 1000:1.

What is SafeMoon Token?

SafeMoon is a community-driven, DeFi token that aims to excel in the crypto space by developing an NFT exchange.

Is investing in SafeMoon a good option?

SafeMoon can be considered for a long term investment as the price could rally in the long term.

What will the maximum trading price of SFM be by the end of 2025?

What is the circulating supply of SafeMoon V2?

According to the makers the circulating supply is 560.047B SFM.

Does SafeMoon crypto have a future?

It is impossible to predict the price of SafeMoon as of now due to its low trading volume and social prospects. However, given that SafeMoon switched to V2 in December 2021, the performance of SFM Coin in the future seems promising.