Numerous protocols have taken the initiative to stand out as the best in the fast-moving era of cryptocurrencies. While some take the lead in the market, others just lose steam. Rally is one such intriguing cryptocurrency that is dominating traders’ minds.

Rally enables creators and artistic communities to generate their customized cryptocurrency in a bid to establish a self-sustaining digital economy for their products. The ethereum

Followers : 0 View profile coin that drives the Rally ecosystem is called RLY. By providing consumers complete control of their data, Rally can completely alter the social networking ecosystem as it is today.

Consumers of Rally have the option of making money off of their content or keeping it available for free. Moreover, investors are intrigued to watch how Rally matures over the next months and years. So without any further ado, read on to find out more about the RLY’s price predictions for 2022 and the years to follow.

The token kickstarted 2022 following a relative uptrend from the past year. It was trading at around $0.34 for the first half of January. However, bears had a fair bid in the market and the token kept shifting down. The RLY price peaked at $0.286 on the 9th of January 9th, before dropping to $0.2306 on February 13th.

The decline persisted throughout the second quarter of the year, after dropping to the initial value of $0.068 on the 12th of May. RLY price crashed to a new all-time low of $0.02908 on June 18th. For the months that followed RLY did not see any major peak in prices and kept rolling down.

In the current bear economy, the coin has made little progress; at the time of writing, RLY is trading at $0.04973.

Rally fosters a previously unheard level of economic participation and interaction. It empowers producers to establish their currency and forge direct connections with their communities. This could help hundreds of creators which could turn around its maximum price to hit $0.0525.

On the downturn, the cryptocurrency might fall to $0.04017 under the bears’ extended control. However, if buying and selling pressures are balanced, the value may reach $0.0456.

Rally not only gives producers exposure to building their digital currency but also allows community members to get rewarded for taking part. The community members who possess creator coins are eligible for a part of the community’s awards. That being said, a sound community could help its price to peak at $0.0654.

In contrast, if efforts fail and are thereafter disapproved, the cost may drop as low as $0.04743. The average price might end up at $0.0551 if both bullish and bearish targets are taken into account.

Rally says it differs from other traditional centralized online platforms by not charging platform or transaction fees. This might encourage more creators to build their businesses with Rally. This could push the digital asset to close the trade for the year at $0.1158.

The supremacy of bears, on the other hand, might cause the cost to fall to $0.0587. However, limited by a linear projection, the average cost may set its foundation at $0.0831.

Larger creators may be pulled in because of the protocol’s grip on interoperability, scalability, and user-driven regulation. so attracting a larger user base, which would assist in bringing the cost up to its potential peak of $0.1641.

On the other hand, the emergence of possible rivals and waning popularity can lead to the digital coin finding support at $0.0883. Eventually, the absence of practical activities and events might bring the total to $0.1185.

Creating one’s own NFT collections is simple for any artist with a network token on the Rally ecosystem. A creator must invest a predetermined number of Rally creator coins before starting to mint their NFTs to safeguard against spam and encourage creative NFT design. That being said, prominence in NFT could also push the price to $0.2634.

In contrast, with factors like negative criticism, the cost may drop as low as $0.1361. The average price might end up at $0.1873 if both bullish and bearish targets are taken into account. 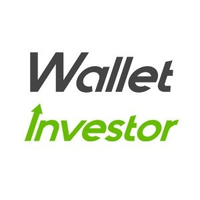 Followers : 0 View profile has predicted the value of RLY using an algorithm. By 2022, the value of the virtual currency might reach a maximum of $0.00654. The drawback is that it might decrease to $0.00436. The price may reach $0.00218 due to average purchasing and selling pressures.

Following this, the company concurs with the larger market, that Rally can be a long-term beneficial investment. The company claims that by 2025, RLY might increase from a starting rally of $0.0143 to at least $0.0214.

According to Digital Coin Price, the RLY price might reach a high of $0.0605 by 2022. While a change in trend could lower the price to its lowest point of $0.0518. However, a balance between the forces of purchasing and selling might bring the price to $0.0563.

Priceprediction.net’s in-depth technical analysis of RLY’s historical price data indicates that the price of Rally will at least reach $0.056 in 2022. With an average trade price of $0.052, the RLY value can go as low as $0.050.

According to Digital Coin Price, the RLY price might reach a high of $0.0840 by 2022. While a change in trend could bring the cost down to its lowest point of $0.0571. However, a balance between the forces of purchasing and selling might bring the price to $0.0672. The company anticipates a price hike that will cause it to spike to $0.1259 by the conclusion of 2025.

Click here to read our price prediction of Flow (FLOW).

What Is Rally (RLY)?

Followers : 0 View profile ecosystem. By leveraging social currencies, producers will be able to interact with the community and motivate users. The “community rewards” philosophy of Rally encourages a thriving community because both followers and artists profit from active engagement.

Rally took great pride in running without transactional and platform fees to increase the system’s impact on the dialogue between fans and producers. Consequently, the network does not aim to maximize profit, in contrast to traditional media and internet sources.

Shareholders of cryptocurrencies are rewarded, taking home a piece of the community benefits based on the number of tokens they own. This implies that every token holder is awarded more and more as greater people are using the system and spending coins. Moreover, on the platform, token owners can also purchase, sell, and acquire NFTs. 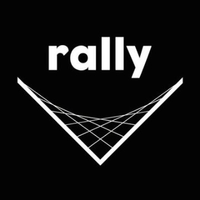 RLY is an ERC20 coin designed to be utilized on the Rally ecosystem as a utility coin. Rally enables a previously unrecognized level of economic participation and interaction by empowering producers to launch their currency and develop direct connections with their communities.

Rally is home to the creators of the modern era. It was launched in 2020 by a crew of creators and media experts with a profound background in these sectors. Rally already has some of the leading creator coins that include the HLTH community, Keisuke Honda, etc.

Some of the core features of Rally are –

RLY is already attracting the limelight and could serve as a big navigator for creators in the future. However, if traders provide the virtual currency a very emotive push. Additionally, a surge in trading activity may enable RLY to end the year’s trading at a maximum price of $0.065.

On the other hand, if marketing sentiment succumbs to negative tendencies. The altcoin’s price may decline to conclude the annual trade at a low of $0.048.

Although the current rally appears to be at a trough, there is a lot of potential for the near future. So before wrapping up, the article here are some major pros and cons of the token that can assist you in making an informed decision.

Q: Is Rally a good investment?

A: Potentially. It has an intriguing concept and a strong team behind it. However, the coin is under the bear market for quite a long.

Q: Will RLY be able to rise in future?

A: The coin has sound fundamentals and it might reach new highs if it brings in newer upgrades and valuable partnerships in the future.

A: According to our OP price prediction, the toke can break out of its bearish trends to reach the highest trading price of $0.2634 by 2025.