The year 2021 was a monumental breakthrough in terms of the blockchain and cryptocurrency revolution. Global inflows towards virtual currencies had surpassed the trillion mark. Whilst the shift over towards blockchain adoption is at its peak. Klaytn is one such project that aims to bestow this technology to all types of users, from small startups to large enterprises.

Klaytn owns its native token called KLAY which has seen a tremendous rally over the years with swift volatility. After its phenomenal price gains in 2021, marketers are hopeful of it portraying a similar run in 2022 as well. Are you keen on investing some in KLAY, but doubtful of its future prospects? Buckle up as this writeup will illustrate the feasible price predictions for 2022 and the years to come.

The final leg of the year could be a game changer for the crypto asset. If the network rolls out the planned upgrades such as EVM compatibility, scalability, consensus optimization, developer support, and governance. In accordance with the schedule, the price could pump to its maximum of $0.1907, by the year’s end.

On the contrary, if the bulls refuse to wake up from the slumber, the price of KLAY could crumble down to $0.1424. Successively, constrained by the equilibrium in buying and selling pressures, the average price could settle at $0.1680.

The updates falling in place, expanding governance council, and growing foothold in the metaverse. Could help Klaytn munch candles to new peaks. In such a case, the price could propel to a new peak of $0.3475.

Whilst a balance in trade activities could take the price to $0.2612, by the end of 2023. Negative criticism or a possible market-wide sell-off could result in a fall to $0.1761.

If the network joins hands with bigger brands, witnesses an uptick in adoptions. Or boasts its hold on thriving games and entertainment applications. The price could portray an ascend to $0.5569. Conversely, if the network fails to adhere to its stance and witnesses a fall in volumes. The altcoin could go on a discounted price tag of $0.2855. Collectively, factoring in the bullish and bearish targets, the average price could land at $0.4281.

If the star’s incline in favor of the protocol. And if it sprawls ahead with its stout fundamentals and presence in gaming and Web 3.0. Furthermore, if the altcoin witnesses a supercycle, over the course of time. The price of KLAY could escalate to its potential high of $0.9007, by the next three years.

In contrast, emerging rivals and stiffer competition could open the doors to its potential low of $0.4591. Successively, the regular price could settle at $0.6937.

The KLAY seems to be unstoppable with a series of events lined up for launch. The platform is thriving to facilitate a flawless blockchain experience amongst different networks. According to Coinpedia’s formulated Klaytn price prediction. If the network launched upgrades to enhance blockchain solutions, scalability and compatibility. The price may easily surpass the $0.2 mark by 2022.

As a long-term prediction, in the future, the network may face regulatory issues. And uncertain market crashes, and speculations regarding the coin’s pump to dump. Wherefore, the price of KLAY may dip to $0.14 by 2022.

What Is Klaytn (KLAY)? 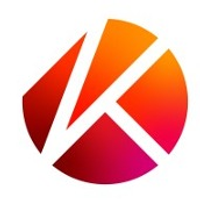 . The Klaytn ecosystem is an enterprise-level, service-oriented manifesto. That intends to bestow a user-centric blockchain experience to millions of users across the globe.

The Klaytn platform has its own native token called KLAY. The traders can make use of the token as a means of exchange. And payment for applications that are bridged to the Klaytn network. Moreover, the platform is associated with the contribution of several reputed tech firms across the globe.

The Klaytn ecosystem is an enterprise-level, service-oriented manifesto. It intends to bestow a user-centric blockchain experience to millions of users across the globe. The Klaytn blockchain focuses on the metaverse, creator economy, and gamefi. Klaytn was launched back in June 2019 by Jaesun Han, CEO, and founder of GroundX, which is a subsidiary of Kakao. The Klaytn network brews the superior features of both private blockchains and public blockchains through an effective hybrid design. It has its own native token called KLAY, which the traders can make use of as a means of exchange. and payment for applications that are bridged to the Klaytn network.   The protocol employs the IBFT consensus mechanism, which ensures that the data is correct and irreversible. Klaytn offers a one-stop package for the metaverse which comprises of customized L2 solutions, IPFS solutions, wallets, NFTs, SDKs, and smart contract libraries, amongst others. Moreover, the platform is associated with the contributions of several reputed tech firms across the globe. Some of the prominent names include Binance, LG electronics, SK Network, Everich, Union Bank, etc.

GroundX was the company behind the Klaytn. Whilst Klaytn was launched back in June 2019 by Jaesun Han, CEO, and founder of GroundX. The founder has been honoured with a PhD in computer science and electrical engineering from the Korea Advanced Institute of Science and Technology. During the initial days of his career, he served as a postdoctoral researcher for KIAST.

Where he got an opportunity to perform extensive research into distributed computing. Whilst back in 2017 he kickstarted his career as an entrepreneur by launching the first big data and cloud computing tech start-up called NexR. In 2008, Jaesun Han served as a chairman of the board of the Consortium of Cloud Computing Research. In 2011, the founder occupied the position of CTO of KT Cloudware.

Conversely, the platform’s team has collaborated with several tech firms including binance

, LG electronics, SK network, Everich, Union bank, and more. In 2019, the platform had enabled development across BApp listing, Data Analytics Tool, and Rich tutorials and docs. Further in 2020, the ecosystem focused on the development of data-driven upgrades to enhance scalability and compatibility.

To read our price prediction of THORChain (RUNE) click here!

Q: Is The Klaytn (KLAY) a good investment?

A: Factoring in the vision of the protocol, KLAY is a profitable investment, when considered for the long term.

A: The Klaytn (KLAY) holds tremendous potential to reach new ATHs as many updates are lined up for launch. Wherefore, it might hit a maximum of $0.9007.

Q: What will the maximum trading price of KLAY be by the end of the year 2022?