The advantages of blockchain.com

technology for data transmission are countless. There seems to be no debate that blockchain allows for even more reliable and speedier bitcoin transactions. However, this technology has its own set of flaws. The IOTA project is intended to bridge that gap by resolving many challenges with blockchain-based currency.

The primary objective of this project is to employ the Internet of Things to facilitate transactions among gadgets connected via the Internet. It uses distributed ledger systems to develop unrestricted bandwidth at a low cost.

Are you a prospective buyer of this cryptocurrency? Then you would be probably curious about the IOTA future market valuation. Wait no more as we will unfold the complete price prediction over the length of this article. Let’s straight dive in!

The IOTA’s price was forged into the year 2022 for $1.37. Moreover, the price kept on retaining itself around this price for the rest of the month of January. However, in late January, the price dropped to $0.8115. Later on February 1, the token cost was about $0.82.

IOTA is accessible and adaptable, with quicker bandwidth than conventional blockchains and an excellent platform for emerging IoT domains. According to the business, the system uses minimal power and executes transactions faster.

Besides, the company also claims to create a “globally distributed network” at the heart of all information transmission. Moreover, The average price of the coin will be about $0.3163 if it maintains its core strengths. In the third quarter of 2022, the predicted high value is $0.3651.That said, following bearish trends, the price of IOTA might plummet to as low as $0.2766.

Following up with its IOTA 2.0 timestamp voting update. Which aims to enable timestamp quality enforcement, this will gather more confidence in the token. IOTA is expected to average about $0.3923 in the fourth quarter. Furthermore, the IOTA values its price could reach a peak of $0.4661 in December 2022. Nevertheless, it may fall to a minimum of $0.3398.

The upcoming updates in the Smart contracts with native asset support and cross-chain communication will take the token to the next level. Also, some other significant upgrades like the tokenization framework within the wasp node software will open new gates for its investors.

Because of its excellency in the advent of the Internet of Things. IOTA has put itself at the heart of distributed ledger technology. The team believes that their distributed ledger could empower anyone to have an online identity.

A global data market, which offers storage and sale of streaming data set again while hiding the meaning of the information, is among the project’s latest events. It was a significant boost for token trading.

If more and more traders continue to buy IOTA, transaction speed will become even speedier. Hence, it could turn the grounds for cryptocurrency.

The price prediction website has set the pricier target for the ongoing year at $0.43. The minimum and average closing targets for 2022 are pinned at $0.38 and $0.39. The analysts from the firm foresee the possibility of IOTA closing 2025 with its potential high at $1.39.

According to Long Forecast’s prediction of IOTA, the crypto asset could hit a maximum of $0.33 by the end of 2022. While bearish trends could slash the price down to $0.26. An equilibrium in buying and selling pressures could land the altcoin at $0.28.

Click here to read our price forecast of Flow (FLOW)!

IOTA is a decentralized public ledger that does not rely on a prominent blockchain framework. Instead, it employs a directed acyclic graph (DAG) technology. Tangle is a structure of networks that IOTA uses to verify payment transactions.

The IOTA project was founded back in the year 2016. The IOTA protocol aims to execute micro-transactions among IoT devices in the coming future. This system so far has exhibited a wide range of real-world implementations, including smart energy, eHealth, smart cities, supply chains, etc.

More solutions will emerge as the IOTA ecosystem matures and receives widespread acceptance. These operations will be powered by the IOTA coin (MIOTA). As per McKinsey Global Institute, the Internet of things will contribute $4 trillion to $11 trillion to the globalized trade by 2025. The Iota organization aspires to be a prominent participant in trailblazing this economy. 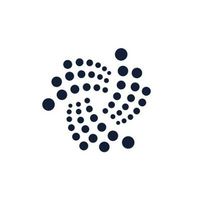 IOTA is a decentralized public ledger that does not rely on a prominent blockchain framework. Instead, it employs a directed acyclic graph (DAG) technology. IOTA uses a structure of networks called "Tangle" to verify payment transactions. The IOTA project was founded back in the year 2015 by Sergey Ivancheglo, Serguei Popov, David Snsteb, and Dominik Schiener.   The firm cites that IOTA offers faster transactions than conventional blockchain-based protocols. Since there is no blockchain, there are no costs that are incurred. However, IOTA still employs the Proof-of-Work consensus mechanism to secure the network. MIOTA is the native asset of the protocol, and is also employed in network operations. and is expected to serve the applications that are in the pipeline.   IOTA aims to emerge as the de facto protocol for the execution of transactions between IoT devices. This is aimed at offering limitless throughput at negligible expense. Successively, the system so far has exhibited a wide range of real-world implementations, including smart energy, eHealth, smart cities, supply chains, etc.

IOTA is a terrific protocol for DeFi systems. The feeless payment infrastructure of IOTA is another one of those features, which implies that any exchanges, smart contracts, trades, or operations completed upon that system are entirely free to conduct payments on the protocol level.

However, the team behind IOTA convicts that the use cases for the technology do not stop there. They think that this distributed ledger will allow everyone to have an online identity, ending in auto insurance plans based on real-world usage, paving the way for cutting-edge digital infrastructure, offering smooth global trade, and ensuring product realism.

One factor to bear in mind with IOTA is that this is still a wholly centralized project with no set deadline for the coordinator’s withdrawal.

Furthermore, the corporation states that the coordinator will be removed in future upgrades, and the project will then adhere to solid principles.

The price of IOTA may boost if the firm continues to partner with new organizations and focus on its future updates. The lowest price of IOTA in 2022, as per the fundamental analysis of IOTA values, will be $0.34. The cost of IOTA can rise to a maximum price margin of $0.46. It’s projected that the average trading price will be about $0.4.

Is IOTA Ethereum based?

No, IOTA is not like most public blockchains such as Ethereum: this one was built on a unique system called Tangle.

Is IOTA a good investment?

IOTA is a moderately risky investment, so it’s better to do a preliminary analysis and then decide to invest n this project.

Where can I buy MIOTA?

MIOTA is available for trade across prominent cryptocurrency exchange firms such as Binance, Bitfinex, and OKEx amongst others.

What will the maximum price of the altcoin be by the end of 2025?