The vigorous evolution across the crypto space has triggered several distinct altcoin projects. has come up with a unique idea to empower billions of devices and dApps across the digital and real world. The young project looks optimistic about offering unique features.

IoTeX’s (IOTX) price has seen phenomenal growth with swift volatility throughout the past. The platform acts as a grit for machine economics that serves the functionality of machines ranging from smart devices to autonomous motor vehicles.

Are you keen on investing in IOTX, but obscure of its returns? Look no further, as we decode the feasible IoTeX price prediction for 2022 and the years to come!

*The statistics are from the time of press.

Torments in the business resulting from anxiety around FED’s rate hike and the tussle between Russia and Ukraine. Dragged the price down to $0.1152, by the 15th of February. Following a short-term spike to $0.149, the price slid down to its support levels at $0.0926. Thereafter, ranging sideways, the trade for the quarter was closed at $0.1238.

IoTeX had a tough run in the second quarter, as the broader crypto fraternity fell prey to bearish trends. Which were the resultants of insolvency of industry-renowned brands. The tremor dragged the altcoin’s price as much as 78% from the peak of the second quarter.

The protocol could script its name at higher levels in the industry. Provided it joins hands with more prominent names in the industry and sees growing adoption. With its hold on machine-to-machine interactions and intelligent machines as market participants. It could seek impetus from newer investors, who could help propel the price to $0.03454.

While a linear price projection with the absence of any catalytic factors could land the price at $0.03001. That said, the network failing to stand true to its expectations could lead to freefall to $0.02587.

Announcements of developmental initiatives and community-building initiatives could supplement the optimistic social volumes. Which could collectively, push the price to its new peak of $0.04167. While negative criticism and sell-offs could clutch the price down to $0.03121. Factoring in the bullish and bearish targets, the average price could settle at $0.03627.

Despite the turbulence in the business, according to Into The Block, about 47.08% of addresses are in the money. In contrast 45.18% addresses being out of money. This is an overwhelming trait for newer investors to explore the altcoin. Moreover, whales still own a huge chunk of IOTX at an astonishing 87.14%. Which gives it resistance against massive downswings.

Successively, on an optimistic note, the price of IoTeX could propel to its potential high of $0.10948 by the end of 2024. In contrast, lack of mass adoption and depleting industry presence could leave the price at the bottoms of $0.05692. Consequently, the average price could land at $0.07720 by the end of 2025.

The Internet Of Things (IoT) could disrupt wholesome technology in the coming years. With its hopeful events in line, the future seems to be optimistic for IoTeX. As new landmarks are awaited on its way. If the network successfully accomplishes the planned integrations. Then the price may clinch a high of $0.16860 by the end of 2025.

Conversely, if the platform fails to gain the traction of the user base and fails to execute the events as per the schedule. Then it may easily get defeated by its competitors. In such a case the price may drop to a minimum of $0.08892. That being said, considering the aforesaid outcomes, the average price could land at $0.12118.

Gov. capital has revised its prediction for the IoTeX price, it expects the tokens to hit a maximum of $0.0647. On the contrary, trend reversals in the market would plummet the price to $0.0478. And with average buy and sell pressures it would end up trading at $0.0563 by 2022.

The website has also made predictions for the long term. It expects the price to surge to a maximum of $0.3887, by the end of 2025. The analysts foresee the possibility of the average and minimum trade values falling at $0.338 and $0.2873 respectively.

To read our price prediction of Quant’s (QNT) click here!

What Is IoTeX (IOTX)?

IoTeX has developed a decentralized network whose core goal is to empower real devices. Including fully blockchain-driven cameras from Consumer Electronic Show (CES) and the pebble geo machine. Making it suitable for supply chain optimization in different industries. The network also aims to stand out as a quality, innovative, and trustworthy brand.

The network clutches various mechanisms that guarantee the privacy of traders and transactions.  However, the platform has its own native token called “IOTX”. The utility token could be used to pay for transactions, stake and supervise the platform, and to connect to new devices.

The IoTeX blockchain has a decentralized identity, confidential computing, and secure hardware developed on it. This further connects to autonomous devices such as Pebble, a Ucam real-world oracle. The dedicated team has developed the vital blocks of infrastructures to bridge with ETH, BSC, and Heco blockchains. Like the ioTube bridge and ioPay wallet that benefit thousands of traders. 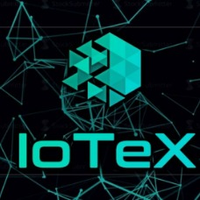 IoTeX is one of the top decentralized networks compelling the machine economy and the third-generation web, MachineFi. The platform was developed to enable programmers to link up trillions of machines with web3 infrastructure and manufacture cutting-edge applications like Defi, NFT, Metaverse, etc. The platform is a greater performance public blockchain featuring off-chain computing for machines and devices including cross-chain bridges, wallets, and the marketplace introduced by IoTeX.  The company was founded in 2017 by graduates from Facebook, Google, Uber, Bosch, and Intel. Along with over $2 Billion in on0chain assets, 300K on-chain users, and around 10K connected devices spanning hundreds of applications, the IoTeX platform has experienced remarkable growth. As a layer one blockchain that allows safe and reliable communication between IoT devices and the community, the company is aiming to build a platform that will serve as the center of the IoT environment and let customers securely access data.    IoTeX has increased a total of $100 million worth in a single venture fund, which was announced on March 16, 2020. The platform's estimated annual revenue is $7.4 Million per year with an estimated revenue of $130,500 per employee currently.

IoTeX was launched as an open-source project in 2017 by four co-founders Raullen Chai, Qevan Guo, Xinxin, and Jing Sun. The chief co-founder Raullen Chai is currently serving as the CEO of the company. He has accumulated great knowledge as an advisor at BootUP ventures.

In addition, he had served as a member of the Industrial Distributed Ledger (IDT) at an industrial internet consortium. Also, he was chief of crypto research and development (R&D) and served as engineer security at Uber. Qevan Guo founded Hyperconnect Lab, he had also accumulated knowledge as a research scientist and engineer manager at Facebook.

Another co-founder Xinxin prior to joining hands with IoTeX served as a research engineer at Bosch Research and Technology Center. He gained incredible knowledge as a research associate and project manager at the University of Waterloo. Further, Jing Sun served as a managing partner at Sparkland Capital.

Being the first network to connect physical world data to Dapps, IoTeX includes 100 delegators and is completely decentralized. In addition, every transaction has been practically instantaneous at a reliable cost. The platform aims to prioritize the intensive growth of the network by strategically collaborating with partners and enhancing their user-centric tools for hassle-free onboarding to IoTeX.

The IoTeX price may reach new milestones in the upcoming days, as the Internet of Things (IoT) aims to revolutionize the internet space.

According to Coinpedia’s formulated IoTeX price prediction. If the network launches upgrades in order to ensure enhanced interoperability and other features to benefit the traders. The price may easily surpass the $0.04 mark this year.

If the network fails to execute its plan, then the price can flip into a bearish trap and dip to $0.03. Considering everyday trade activities, and the bullish and bearish targets, the price could settle at $0.36.

Is the IoTeX coin a good investment?

Based on the data, it can be predicted that it is Profitable to invest in IOTX for the long term. As the Internet of Things is going to flourish, it is a good investment.

What are the real-life use cases of IoTeX?

IoTeX platform supports a number of projects working towards IoT (Internet of Things). Some of the notable projects employing the platform are Ucam, and Pebble Tracker.

What will the maximum price of IOTX be by the end of 2022?

According to our IoTeX price prediction, the altcoin’s price could soar as high as $0.04167 by the annual closure of 2022.

IoTeX token has a tremendous potential to reach new peaks. As it intends to bridge the connection between several physical worlds and digital devices. IoTeX’s price could hit a maximum of $0.16860, by the end of 2025.

How to buy IoTeX coin?