Apace with the evolution in the DeFi space, the crypto market has experienced immense developments across NFTs and the Gaming sector. The recent expansion in blockchain gaming has led a majority of the NFT creators and institutional traders to purchase space in Metaverse.

The growing interest in metaverse-based projects has driven a massive cash-inflow in the sector. One of the projects which have seen sustainable growth post the trend reversal to Meta was Chromia (CHR). With the market now being in the dip, are you interested in buying some CHR at the lows, but perplexed of its returns? Worry not, as this write-up will cover the price predictions for 2022 and beyond.

After a sideways trend until the 3rd of February, a leg-up pushed the price to $0.666 by the 8th of the month. But volatility and uncertainty in the business led to the price finding support at $0.3773 on the 21st of February. An uptrend starting from the 16th of March helped close the quarter at $0.558.

Thereafter, the projection of Chromia’s price in the second quarter was a tough one. As the altcoin ranged in tandem with the broader crypto market. Amidst the aggravating turbulence in the business, the CHR price hit its multi-month low of $0.1502 on the 18th of June. Following this, a spike in volume led to the quarter’s closure at $0.2022.

With developmental initiatives such as containerized resource management for dApps. Ethereum L2 base subsystem, cross-chain communication subsystem, directory chain, hierarchical anchoring, and FT3 Audits materializing. The price of CHR might propel to its potential high of $0.1924.

Howbeit, failing to comprise its visions and diminishing stance might lead the way to a fall to $0.1390. Successively, considering the bullish and bearish targets, the average price might settle at $0.1657.

If the network manages to attract the crowd from its plausible feats in the sectors of gaming and Defi. Coupled with a possible ascend in adoptions coming from enterprises and real-world utility. CHR’s price may escalate to a maximum value of $0.2501. Contrarily, if the bears outrun the bulls, the altcoin might slump down to $0.1734. Constrained by linear price propulsion the regular price could remain bound to $0.2104.

With the series of planned developments such as Ephemeral dependencies and Dev Chain launcher going live. The price might chug up to mark its new peak at $0.4405. Conversely, failing to adhere to its expectations, followed by negative criticism. The price might slip down to $0.2289. Successively, the lack of fulfilling initiatives could conclude the year at $0.34007.

If evolution in the metaverse space captivates the traction of a massive user base. And if it brings significant development in contemplation of Metaverse gaming. It has the potential to reach a maximum of $0.7441 by the year’s end.  With average buy and sell pressures, the CHR price would trade at $0.5579 by the year’s end. On the flip side, the price could plummet to $0.3805.

As the Metaspace continues to evolve, the network will certainly plan for its expansion. Where the currency may face regulatory compliance across different countries, this may result in a pullback to $0.6536. If the altcoin manages to pass all the incoming hurdles significantly, the price could surge up to $1.2244. Consequently, a balance in trade activities could result in an average price of $0.9374.

As per the revised prediction of Wallet Investors. Chromia’s price is forecasted to hit a maximum of $0.269 by the end of 2022. Successively, an equilibrium in buying and selling pressures is foreseen to settle the price at $0.135.

Gov. capital has changed its price prediction for Chromia. It expects the digital asset to hit a maximum of $0.46 by the end of 2022. Whilst bearish trends could knock the price down to $0.34, the average price might find support at $0.4. Gov. Capital also hosts the forecasts for the long term. It foresees CHR to hit a maximum price tag of $3.0532 by the end of 2025.

Click here to read our price prediction of Waves (WAVES)!

Chromia is an open-source public blockchain platform. Which unveils the potential to build decentralized finance applications in the physical world for a future-ready technology. The platform has its own native token called CHR. Which was built to support the Chromia blockchain and instigate a favourable relationship between developers, investors, and traders.

The protocol could be used by dApps as payment of hosting fees. Further, the platform’s primary currency would be also used for staking purposes. The Chromia is built on a relational blockchain which comprises of relational database and blockchain. The relational database supports users’ social networks and the web. In addition, these databases are spread everywhere across the majority of the enterprises. 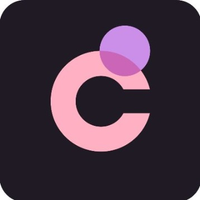 All three co-founders have been dedicatedly working on enabling support for enterprises, governments, and institutional investors. And hold creative working for the team spread all over the world. The platform has deployed a consensus system built on PBFT. Besides, the launch of Rell 0.7 continues to evolve with each passing day.

The platform’s Post chain 3 release featured an advanced transaction scheme (GTX) along with a value serialization model (GTV). In addition, the team is dedicatedly working on post chain synchronization system overhaul, Block hooks. And Ethereum Layer-2 base subsystem to release in the short term.

As a whole Chromia ecosystem has been a layer-1 and layer-2 blockchain solution provider. Under rapid maturation, with a core goal of delivering well-built features, data handling, and storage capabilities to DeFi applications.

Chromia is one of the young and promising metaverse tokens. According to Coinpedia’s formulated Chromia price prediction, it may smash $0.25 by the end of 2022. On the downside, market fluctuations and uncertain global conditions, even failure of upgrades can be a possible setback for the altcoin. And thereby the Chromia price may struggle to consolidate around $0.17 by the year-end.

Is Chromia a good investment?

Yes, if you are planning for the long term Chromia looks promising in the metaverse space. As the platform might come up with new collaborations.

How to buy Chromia (CHR) Token?

Chromia can be traded on various exchanges like Binance, Bybit, OKEx, Huobi, and many more.

Chromia has the potential to be a profitable short-term investment. As the Metaverse space has been taking up another step to revolutionize the gaming sector.

What can be the maximum trading price of Chromia by the end of 2022?