The crypto space has gained immense prominence for its capability to handle transactions in a decentralized and distributed ledger. The first cryptocurrency Bitcoin was launched in the year 2009. Though Bitcoin operates with transparency, it takes an hour’s time to complete one transaction. Also the blockchain has certain limitations when it comes to data accessibility.

Hedera was launched in order to resolve these issues. Hedera’s objective is to offer the features of blockchain as a distributed ledger technology without limitations. Wondering if the increased bullish sentiments, will propel the coin to surpass the $1 milestone in 2022? Look no further, as we decode the plausible HBAR price prediction for 2022 and beyond.

HBAR had a steep fall amidst the imbalance in the industry. The altcoin’s price has dropped from $0.248 seen on the 1st of April to its current level of $0.0617. Collectively, the losses account for a ghastly 74-odd percentage.

The third quarter of the year could turn imperative for the digital coin. If the scheduled updates of the previous quarter, such as smart contracts, decentralization, and scalability, amongst others, yield the desired results. This could push the price to its maximum of $0.0850.

In contrast, the protocol not adhering to its expectations could result in negative criticism. That could bring the price down to $0.0594. Collectively, an equilibrium in buying and selling pressures could land the price at $0.0709.

With developmental initiatives such as scheduled transaction merging, smart contracts traceability, additional NFTs and entity, being in the pipeline for H2. Fruitful repercussions could drive the price to its potential high of $0.1069.

Conversely, a market dump and massive liquidations could drag the price down to $0.0744. Factoring in the bullish and bearish targets, the average price could settle at $0.0901.

If any regulations or changes in governments across the globe occur, Hedera’s (HBAR) price may undergo a tough time. That could result in a potential low of $0.0966. If the protocol emerges as a top player in terms of deploying dApps and other improvements. Then the asset would clinch a maximum of $0.1854 by the end of 2023. Successively, constrained by a linear momentum, the regular price might find a base at $0.1326.

The altcoin could make the most out of the year if the team behind the project employ catalysing initiatives. Which could further seek impetus from Bitcoin’s halving event. In such a case, the price of HBAR might propel to its maximum of $0.2912 by the year’s end. On the flip side, the digital token could slump to the lows of $0.1570. Collectively, the lack of fueling stimulants could close the year at $0.2155.

By 2025, fundamental traits such as faster speeds, carbon negativity, and predictable gas fees, could fuel the price projection of HBAR. Which could surge to a maximum of $0.4436, by the end of next five years. In contrast, emerging rivals and ebbing prominence could bring the price down to $0.2357. That said, considering the bullish and bearish targets, the regular price could land at $0.3187.

Let’s now see how different platforms have predicted the price trends of HBAR.

What Is Hedera (HBAR)?

Hedera is the only public distributed ledger technology. That makes use of the fast, fair, and secure hashgraph consensus mechanism to run dApps. The network was developed in mid-2010, co-founded by Leemon Bird. However, the initial release of the native token HBAR happened seven years later, by July 2017.

The platform has two founders: Dr Leemon Baird and Mance Harmon. Dr Leemo Baird has previously worked as the investor of the network’s distributed consensus algorithm and presently works as Hedera’s chief scientist.  Before founding Hedera, Baird worked in various computer science and security roles. And accumulated more than a year of experience at the Academy Center by Cyberspace Research.

Another co-founder, Mance Harmon is presently the CEO of the Hedera network. Harmon gained over 2 years of experience holding executive roles at reputed tech firms. Including these founding members, team Hedera also comprises a large number of dedicated individuals. 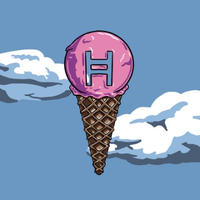 Hedera is a public distributed ledger technology that makes use of the fast, fair, and secure hashgraph consensus mechanism to run dApps. The network was developed in mid-2010 and co-founded by Dr. Leemon Baird and Mance Harmon. However, the initial release of the native token HBAR happened seven years later, in July of 2017. Successively, the initial coin offering (ICO) was done in August 2018. And then a year later, in September 2019, the firm launched open access to its mainnet. The native token HBAR mainly serves two purposes within the Hedera public network. Firstly, HBAR acts as the fuel that actuates Hedera services, including regular transactions, smart contracts, and file storage. Secondly, the token is used to enhance network security.   Hedera is regarded as a sustainable, enterprise-level public protocol that allows individuals and organizations to create powerful dApps. It was launched with the aim of building a trustworthy, safe, and empowered digital future for all individuals. Hedera is known for its higher transaction speeds, and statistics say that around 10,000 transactions per second are possible. The network is secured by Proof-of-Stake (PoS), which is backed by a Hashgraph consensus mechanism. The network is governed by over 39 term-limited and highly diversified global or

Hedera Hashgraph was launched with the aim to build a trustworthy, safe, and empowered digital future for all individuals. The network is governed by over 39 term-limited and highly diversified global organizations and institutions. Including Boeing, chainlink labs, Ibm Ix, swirlds, Tata communications, uefachampions and more.

The initial coin offering (ICO) was done in August 2018. And then a year later in September 2019, the firm launched open access to its mainnet. Hedera is known for the higher transaction speeds, and statistics say that around 10,000 transactions are possible per second. And that is why it is often referred to as a superior blockchain as all payments are rapid, fair, and secure.

Its Proof-of-stake (PoS) public network, is backed by a Hashgraph consensus mechanism. Attains the highest level of security possible, with electrifying fast and secure transactions and low bandwidth consumption.

HBAR is one of the fundamentally strong altcoin projects that thrives to deploy more advanced dApps in the future. If it succeeds in achieving the same, then HBAR price would continue to prosper in the future.

According to Coinpedia’s formulated Hedera (HBAR) price prediction. The altcoin’s price is expected to move up and reach new highs in due course of time. We expect HBAR price to reach a maximum price figure of $0.10, by the end of 2022. By the end of the next three years, the highest value may be around $0.44 and the lowest price may be near $0.25.

Is HBAR investment a profitable one?

Yes, the stout fundamentals of the network make HBAR a good investment but for the long term.

How many transactions can Hedera process in one second?

The network can process over 10,000 transactions in one second.

What will the maximum price of HBAR be by the end of 2022?

How high will HBAR’s price climb by the end of the next three years?

Where can I trade HBAR?

HBAR is available for trade across leading cryptocurrency exchange platforms such as Binance, Coinbase, Zebpay, etc…