Waves has been one of the crypto assets that has been playing-wise over the years. The cryptocurrency has focused on delivering an open forum for decentralized

applications (DApps). That process payments with a reduced carbon footprint, which is done by utilizing the Proof-of-Stake (PoS) consensus mechanism.

The endeavour has already progressed beyond its primary purpose of offering faster, higher data rates than some of the prominent projects. Waves has already made significant achievements including a TVL of over $1 billion, with over 2 million user wallets.

Waves has also given a special liquidity rate greater than 80% of the available waves tokens in the network already locked. As one of the initial coins in its era, waves tech 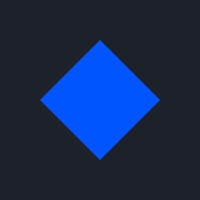 is voyaging to enhance blockchain early products and platforms. Keen on investing in the altcoin? This write-up is the go-to guide for all your queries. Buckle up as we decode the feasible WAVES price predictions for 2022 and beyond.

Waves landed in 2022 with an exponential slide down in its cost, with a price of $15.07. The price followed the downtrend to reach $8 on January 24th. The price of the virtual asset swung around $10 in February. However, its price pulled off to get $17.95 on March 1st.

From the low of $32 on March 28, 2022, Waves surged to an all-time high of $62.36 on March 31st. Waves had a steep fall in the second quarter, which was catalysed by the aggravating trends in the business. The altcoin is presently down an astonishing 90-odd percentage since the 1st of April.

If the network works towards enhanced security, and consistency. And finds a growing count of applications. The price of the digital asset might accelerate toward $6.179. Failing the price might crumble down to its potential low of $4.126. Successively, constrained by a linear price trajectory, the average price might find a base at $5.025.

WAVES might get accessible on even more upper-edge locations in perhaps the most active DeFi territories and the United States. If the team deploys the US accelerator program successfully, it can turntable for Waves. In such a case, the price might propel as high as $8.037.

On the flip side, if the project fails to adhere to its commitments, the price might slide down to $5.417. Considering the bullish and bearish targets, the regular price might occur at $6.598.

The successful transition to Waves 2.0 with the successful implementation of Practical Proof-of-Stake Sharding (PPOSS), EVM compatibility, goverannace models. Cross-chain finance, Meta, and its Accelerator program. Might bring fruitful results in 2023. Wherefore, the price of WAVES might hit its potential high of $13.855.

On the flip side, emerging rivals, stiffer competition, or concerns around regulatory compliance might drag the price to $7.113. With an equilibrium in trade pressures, the regular price might settle at $9.881.

Price Prediction Of WAVES For 2024

WAVES could munch greener candles on the market charts if the protocol flourishes with its hold on NFTs and DAOs. In such a case, the crypto asset could climb to a maximum target of $21.746. Conversely, if the project falls prey to negative criticism the price of the digital coin might face south toward $11.269. Successively, considering the bullish and bearish targets, the average price might stand at $15.508.

If the protocol manages to attract institutional investors, and whalestats

with its developmental and community-building initiatives. The price of the altcoin might surge to a maximum of $33.494. Conversely, a possible financial crisis or a market dump could take the price down to $16.876. That said, constrained by a linear momentum, the average price might land at $24.801.

Trading Beasts’ WAVES price prediction cites that the cryptocurrency will peak at $6.477 by the end of 2022. In 2023, the token is projected to soar to its maximum around $6.073 in December.

The forecast by Wallet Investor pins the maximum closing target for 2022 at $9.611. Whilst a reversal in trends could knock the price down to $4.946. The firm also hosts the forecast for the long term. Accordingly, the pricier tag for 2025 is set at $39.774.

According to the Waves price prediction by Digital Coin Price. Waves would trade in a positive slope in both the long and short term. This year, the price is expected to rise and keep selling at an average cost of $5.98. In 2023, it is anticipated to break the barriers to reach a pinnacle of $7.31. Successively, the analysis firm expects the digital asset to close in 2025 at $9.68.

According to Gov. Capital’s virtual currency forecasts. Waves could propel to a pricier tag of $2.535 by the end of 2022. The analysts from the company have set the minimum and average closing targets for the year at $1.874 and $2.205.

Click here to read our price prediction of Verasity (VRA)!

Waves is a name for a proof-of-stake blockchain and the virtual currency that powers it. Waves allows one to create personalized tokens and make it easy to build one’s crypto right away. Since it has integrated fiat currency portals like USD/EUR/CNY straight through ones wallet. One could also decentralize transactions and quickly raise funds.

Sasha Ivanov, a theoretical physicist from Ukraine who operated on the innovation of applications and online payment channels. And neural network forecasting solutions. He is the CEO and Founder of the Waves platform. Ivanov was also engaged in the production of the rapid crypto exchange coinomat 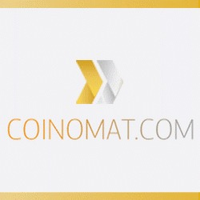 The project helps speed things up for startup founders and shapes the future of community-supported endeavours. As one could also use Waves to startup ICOs to fundraise projects from all across the world in a short span. Without attempting to know complex blockchain coding.

Waves is a name for a proof-of-stake blockchain and the virtual currency that powers it. Waves allow one to create personalized tokens and make it easy to build one's own crypto right away. The network supports a number of use cases, including dApps and smart contracts. Sasha Ivanov, a theoretical physicist from Ukraine, is the CEO and founder of the Waves platform.   The objective of the crew behind Waves was to design a framework that could build new tokens. And the techniques to monitor and control them in a manner that is as easy to use as launching a web app. Comprehending cryptography and its systems can be challenging for many. But the team has made a conscious effort to make the process as simple as possible.   Waves were launched in 2016 as one of the industry’s early ICOs, with a vision of higher speeds, utility, and user-friendliness. The project helps speed things up for startup founders and shapes the future of community-supported endeavors. One could also use Waves to start ICOs to fundraise projects from all across the world in a short span of time. without even attempting to learn complex blockchain coding.

The Waves team’s objective was to design a framework that could build new tokens. And the techniques to monitor and control them in a manner that is as easy as launching a web app. Comprehending crypto terminology and its systems can be challenging for many. But the Waves crew has made a conscious effort to induce the process as simple as possible.

Waves is indeed an up-and-coming endeavour causing a stir among investors and users. Waves have just released its next-generation framework, which involves a series of infrastructure upgrades. That includes Defi features, the capacity to develop DAOs, NFT markets, and various other projects which add up to the list.

The aforesaid enhancements will make it easier for developers and investors to explore both channels and transfer decentralized applications (dApps). Other optimistic developments in Waves 2.0 include an accelerator program and metaverse programs.

If the platform welcomes a thriving userbase, and a spike in the rate of adoptions and collaborations. Waves might escalate to its potential high of $8 by the end of 2022. On the flip side, if the protocol fails to commit to its expectations, the price might slip down to $5.4.

Is Waves a profitable investment?

Waves can be a wise investment option if considered for the long term with calculated risks.

Can you stake Waves?

Yes, you can indeed do it in any significant crypto exchange.

Where can I buy WAVES?

WAVES is available for trade across major cryptocurrency exchange platforms such as Binance, Coinbase, Kraken, etc…

How high will WAVES price reach by the end of 2022?

What can be the maximum trading value of WAVES by the end of 2025?