Picking up the right wallet is very important for any crypto geek, as the wrong decision means losing your cryptos forever!

Copay is a secure bitcoin wallet that was developed by BitPay in 2015. The Copay developers built the wallet to provide user supreme control over their money. They induced convenience, robust security features, with transparency to make Copay wallet favorite among crypto enthusiasts.

Through group approval feature; Copay bitcoin wallet allows many people to use an account. If many people are putting funds; payment will not proceed until everyone sign off on the transaction.

Copay crypto wallet is one amongst the initial bitcoin wallets that supports the full Bitcoin Payment Protocol. It ensure that your payment go to the right place.

Copay is a hierarchical deterministic (HD) bitcoin wallet that protects BitPay funds. It is a multi-signature wallet, meaning- a single wallet with more than one user.

Copay is a software wallet; you can install it on PCs and mobile devices. It allows you to store keys for two types of cryptos: Bitcoin (BTC) and Bitcoin Cash (BCH).

A Different Way with Copay | BitPay

BitPay- the first Bitcoin payment provider that lets business accepts Bitcoin as payment. It’s similar to the crypto version of MasterCard or Visa!

The Copay Bitcoin wallet was introduced in June 2015. By 2016, BitPay was handling 200,000 Bitcoin transactions every month. After which Copay became one of the globe’s most-used crypto wallets.

Note: Instead of a blockchain, Simple payment verification (SPV) uses info from third-party servers. Copay uses info from BitPay servers to keep up to date.

Chrome versions of the Copay bitcoin wallet allow integration with a hardware wallet. This is the safest way to protect the private keys that hold the coins.

Copay crypto wallet has an intuitive and attractive User Interface. It shows prices in 150 distinct currencies and supports multiple languages. 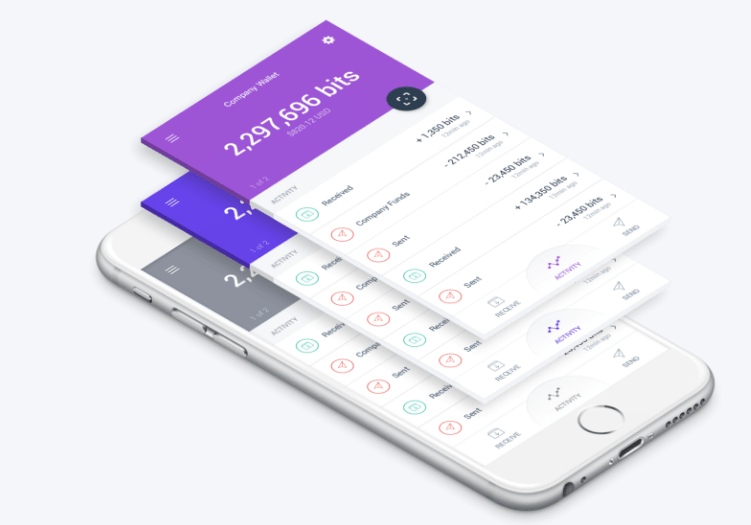 Through the bitcoin wallet you can create multiple accounts within a single wallet. It allows creating different accounts for business as well as personal use.

Copay bitcoin wallet is the HD (hierarchical deterministic) wallet. This allows backing up the wallet by recording and storing a series of words called “seed phrase”. You can generate large amount of private keys and addresses with this seed phrase. 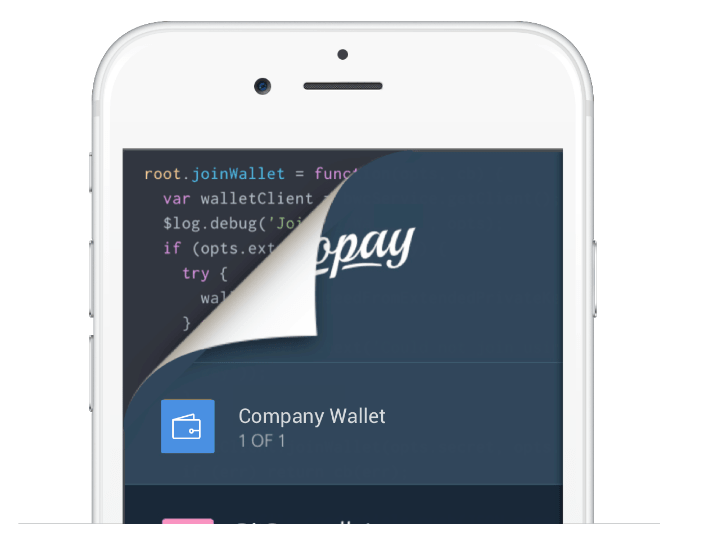 Both the Copay wallet as well as the server code is public. Any interested party can inspect, review, and improve the code that makes it a trustable wallet.

Copay lets you create multi-signature accounts. Such accounts can only spend funds after the approval of multiple parties. This is helpful while creating the Bitcoin equivalent of joint-bank accounts.

Copay offers native support for the Bitcoin Testnet. That is perfect for testing newly bitcoin applications across the multiple platforms.

No Copay wallet review is complete without few negatives. Let’s see where Copay lacks behind…

The Copay wallet was built by BitPay, so any decisions that company makes strikes it. In 2017, BitPay assisted a hard fork on the Bitcoin blockchain named “BTC1”. They thought that BTC1 was “the real Bitcoin”.

It suggested its users to switch to the new cryptocurrency. However, BTC1 was not been used and tested enough so it broke down. Due to this, some users are not able to trust BitPay or Copay.

Two-factor authentication: A user requires two kinds of password to secure their account. The first is a password which is set by the user. The second is the code sent to a mobile device or created by Google Authenticator. The Copay wallet lacks by this service, while other wallets like Electrum do.

The light nodes are faster and needs less space on the device. However, some users think that light nodes are not much safe as full nodes. In addition to this, the crypto communities refuse the third-party servers!  However,

Copay crypto wallet has been slow in helping users with their issues. Some users reported issues and had to hold on weeks for a reply.

Now that we have seen what’s good about the Copay Bitcoin wallet and what it lacks for. So, let’s move on with some related topics that need to be discussed to understand Copay entirely.

Like countless other bitcoin wallets, Copay is free to install and use. A transaction fee is applicable for sending bitcoin. Charges are set by the blockchain community depending on transaction size.

Where is Copay Bitcoin Wallet Available?

You can download Copay crypto wallet from Microsoft Windows, Mac OS X and Linux. Mobile versions are available for iPhone and android. Go to Copay homepage for direct links to the latest Copay Bitcoin Wallet.

Go to the Copay homepage and click on “Get Copay”. 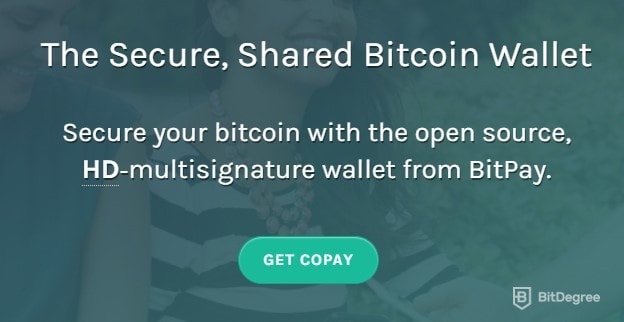 Choose the operating system you are currently using.

It will redirect you to GitHub; choose the software version you want to install. Most recent version appears at the top of the list. Download it!

When the download is complete, open the “Copay Installer” and follow the prompts. The installers give lots of useful details about the new wallet. 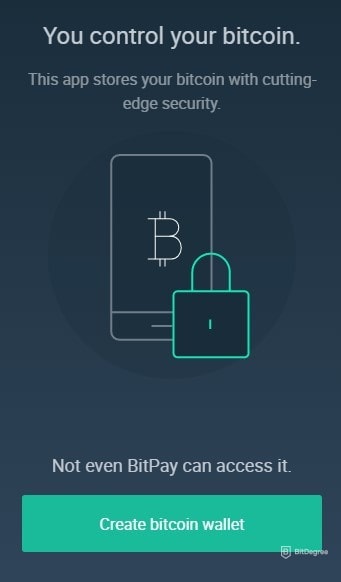 Backup your wallet and write down the seed phrases that the installer provides you. This step is very important! Your seed phrases looks something like this;

That’s it, now you are ready to receive and send cryptocurrency! Let’s move to the next step: how to use the Copay Bitcoin wallet…

How to Use Copay Wallet?

You should know your public address prior to receiving any cryptocurrency. To know, click on “Receive icon” on the task bar. Your address will appear in a long line of code with a QR code. This is what you need to give out to receive funds. 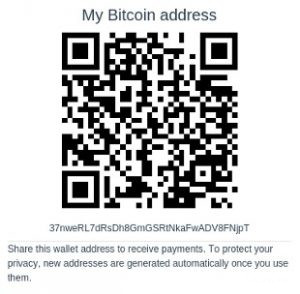 Now, you have funds sent to the wallet. To do this, receive a payment from another user. Or to fund the wallet yourself, purchase some Bitcoin or Bitcoin Cash and send it to your wallet’s address. Here’s how your wallet looks like when it has money in it; 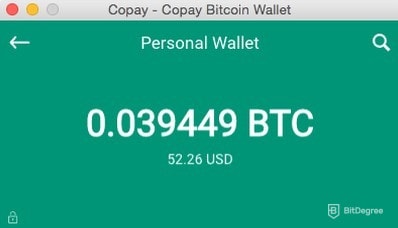 To send Bitcoin, simply click on “Send icon” on the task bar. Enter the public address of the user to send money to. Enter the amount of Bitcoin you want to send and click “Send”. It’s really that easy!

Is Copay Crypto Wallet Safe to Use?

Copay is one of the first bitcoin wallets that support the entire Bitcoin Payment Protocol. When you send money to a payment protocol-enabled merchant, Copay safely verifies that the payment goes to the right place. Also as an HD wallet, Copay security is well-regarded. So you need not worry about the security, you are in the right hands!

Users who use Bitcoin or Bitcoin Cash; Copay is a good choice for you! If you want to protect your funds in a wallet that is not given by an exchange, Copay might help you with this.

As the crypto wallet offers facets like HD, backup, multi-sig, multi-wallet and Testnet support; Copay stands as a tremendous choice throughout the market.

The wallet lacks in some features and the limitations to trade directly via the app. This is done by most crypto wallets and even third party wallets like Coinomi. However, the Copay wallet is still the best on the market.

If I missed something that you want to let me know, then go ahead! In the topic of crypto, everyone’s opinion matters! SecuX is Your Viable Option For Trading 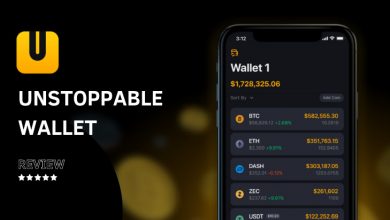