The world of cryptocurrencies is flourishing, most currencies have been reaching new junctures. And are parallelly paving the way to diverse sectors. While the current year has been coarse for the majority of the months. Marketers are hopeful of brighter days ahead, with developments in blockchain technology and the growing user count.

The currency network is a revolution in the blockchain domain. While the conventional blockchain can only store encrypted data, they do not have access to any external data. That is, they cannot suppose if the data is authentic or not! But WINkLink has access to external data and can connect to it offering better readability through decentralization by smart contracts.

Wondering if WIN should be your next investment? What does it take to start trading WIN coins, but doubtful of its returns? Fret not, as this write-up will cover the plausible predictions for 2022 and the years to come!

The price of WIN swept back to the same levels, after touching the $0.0003026 mark, on the 4th of March. Thereafter, an uptrend starting on the 19th of March pushed the price to $0.00037 to end the trade for the first quarter. Thereafter, the second quarter was harsh for WINkLink and the majority of digital assets in the business. Amidst the turmoil, WIN lost over 70% of its profits until the end of the quarter.

The price of WIN could propel to greater heights if the network employs notable developmental and community-building initiatives. In such a case, the altcoin could propel to a maximum of $0.0001599. Contrarily, failing to set its stance could result in bland volumes. That could bring the price down to the bottom at $0.0001146. Constrained by the linear momentum, the average price could settle at $0.0001384.

The possible rise of Defis and connection with Tron could bring in collaborations and adoptions. The growing stance of the project could propel the price to a maximum of $0.0001930. However, a possible financial crisis or regulatory clampdown could drag the price to $0.0001437. Successively, considering the bullish and bearish targets, the regular price could fall to $0.0001670.

WINkLink has listed some possible improvements and benefits to upgrading in the future. If it successfully manages to make it a reality and make all games and workings on the network based on cryptocurrency. Then the price may rise greatly by the end of 2023 and even hit $0.0003290.

On the flip side, if the market crashes and volatility rates of the currency increase making the price fluctuate. In such a case, the price may plunge and reach lows near $0.0001779. Successively, a linear rate of projection will land the price at $0.0002496.

If the crew behind the project employ community-building events, whilst welcoming adoptions and collaborations. The price of WIN will find a significant boost amidst Bitcoin’s halving event. In such an case, the price could propel to its potential high of $0.0005041.

Contrarily, the lack of supporting initiatives, followed by an ebbing stance and negative criticism, could lead to WIN hitting the bottom at $0.0002691. Consequently, the average price of WIN can be expected at $0.0003706.

The WIN token is gaining popularity amidst its low-profit levels, working on decentralization. The network has planned for partnerships in the coming years. If it manages to do these and offer the users custody of their funds. It can pull off some more traders. Thereby the price may surge up to $0.0007427 by the end of 2025.

However, if the coming years bring up any new regulations, then the price may become uncertain and a possible dip may occur. Also, external factors that talk about the problems of mining can reduce the number of investors causing the price to hit lows at $0.0004001. Successively, considering the said factors, the average price might settle at $0.0005451.

Click here to read our price prediction for AAVE!

WINkLink is a blockchain network that offers to be a platform to create decentralized gaming applications. Thus, clearly, a next-generation network offers various benefits to the developers and keeps everything transparent! The network is known for its security and provision of reliable data.

WIN coin is the native digital asset of this Network, which has a dual token approach, and is available as both TRC20 and BEP2. Currently, the price movements have geared up and the currency has yanked some dApp users into potential currency holders by their amazing benefit list. 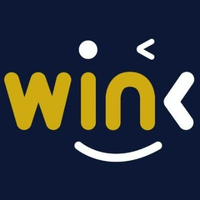 WIN is the native utility token of the winklink

network. It came into existence by August 2017, following which the launchpad supply occurred on July 19th. The project team was headed by B Wong, from Hong Kong, N Yang, Aiden Luo, and eight others from different parts of the world. Previously called the TRONbet, it was then rebranded to WINkLink.

The platform was built originally on a binance

Launchpad sale which offered 5% of the token’s supply. Around 10% was off for the development team and 27% for the ecosystem development fund.

A significant amount of these tokens is to pay incentives to the user nodes for providing trustworthy data. Network payment is also possible where the app developers pay the nodes in WIN tokens for trusted data. The network believes that the community is a significant part. And can involve itself in community governance improving the network based on the user’s expectations.

As per Coinpedia’s formulated WINkLink price prediction. If it successfully implements new exclusive events and social features in the coming months. It can encourage users to hold some tokens. In such a case, the price can hit a high of $0.00019 as this year comes to an end. However, due to the lower income capacity of the currency and if the network does not work on improving this aspect. The price may tumble to $0.000145.

Q: Is an investment in WIN token profitable?

A: WIN could be a possible investment if considered for the long term.

Q: Where can I buy WIN tokens?

A: WIN token is listed in several exchanges such as Binance, KuCoin, OKEx, and WazirX, amongst others.

Q: How many WIN tokens are there in circulation?