Crypto space has garnered massive crowd attention this year. A series of new ATH milestones from many altcoins and a slight drop in the BTC’s monopoly tells the story of 2021. One such altcoin that amazed the space in the first half of the year was Siacoin.

Siacoin is one of the eminent cryptocurrencies existing in the crypto space. It is a decentralized cloud storage platform secured by blockchain technology. It runs on its own network Sia. Sia network stimulates underutilized hard drive capacity around the world.

Worried about your files and data getting hacked and implemented by someone?

Don’t be, This article implies providing you the in-depth information about Siacoin price prediction for 2021 and beyond. You will get your thoughts cleared at the end of this article and you will know, whether Siacoin is a good investment? and Will SC Price Hit New Heights this year.

Let us try to find out some basic information regarding Siacoin.

What is SiaCoin (SC)?

Sia network is a decentralized cloud storage system that lets anybody rent out spare hard drive space or employ other people’s spare hard drive space to store files. Sia came into existence first in the mid of 2013 by David Vorick and Luke Champine of Nebulous incorporation. SC offers secured storage transactions with smart contracts that are more reliable and affordable.

The network sees itself as being in direct competition with reputed cloud storage providers such as Google, Amazon, and Microsoft. As Sia exhibits decentralised nature, it is able to provide reasonable storage rates.

Files stored on the Sia network are divided into 30 encrypted segments, with each segment uploaded to a unique host for redundancy. The contracts between uploaders and hosts are stored on Sia’s blockchain and enforced using smart contracts. Siacoin acts as the mode of payment on the blockchain, with renters paying hosts using SC, and hosts locking SC in smart contracts as collateral.

Skynet, the company behind Sia and Siacoin, has announced a number of products built on top of the Sia network, including SiaStream — a cloud-based media streaming application — and the Skynet network — its flagship content delivery and file-sharing network.

The company has raised funding and grants, from reputed organizations such as Bain Capital Ventures, Paradigm, and INBlockchain. In addition, each storage-related transaction on the Sia network is subject to a 3.9% fee, which is distributed to holders of the company’s second cryptocurrency, Siafund — with Skynet holding approximately 85% of all Siafund.

With certain improvements, Siacoin traded at the price of $0.005 during January. The price is anticipated to increase if Siacoin focuses on several inbound developments to enhance its cloud storage. It might trade around $0.012 and $0.015 throughout the year. At the end of 2021, SC Price might be exchanged at $0.05.

Siacoin anticipated a fresh price of $0.058 during the start of 2022. The price might likely rise if the market focuses to invest in decentralized cloud storage platforms. By the end of 2022, Siacoin might reach the $0.09 mark.

In 5 years Siacoin might provide a more seamless and user-friendly platform and it would concentrate on enhancement of its security. Sia might release its newer versions for the betterment of users. It might concentrate on building the user base and the price may rise. By the end of 5 years, Siacoin might hit the $1.5 mark.

Let us check some views of marketers on Siacoin

According to WalletInvestor Siacoin will perform very badly in long-term investments. The price may drop from $0.00147 to $0,000225.

Siacoin initiated the year 2021, with a price of $0.005. Its price might rise as Bitcoin is one of the secured cryptocurrencies by providing decentralized cloud storage to its users. It may concentrate on providing the solutions at both peer-to-peer and enterprise levels. Its price might likely fall if it fails to attain the eyes of the market. Siacoin may trade at $0.07 by the end of 2021 and might reach the $2.5 mark in the future.

Sia’s public beta was initially launched in March 2015 with the live network finally being launched to the public in June. Since then the Sia team has raised $6.4 million.

Siacoin entered the crypto market at the end of August 2015 with its price trading at $0.000042 according to Coinmarketcap. The price managed to remain stable throughout the year with certain variations and continued to be in the same trend for two years.

SC price again sank to $0.0097 in mid-March. Later, the price started to recover as it reached $0.0283 by early May, as Siacoin got listed in the crypto exchange platform Binance. Further, the price continued to plunge. At the end of 2018, Siacoin was trading at $0.0027.

Siacoin started the year 2020 with a bearish trend as the price was at a stake of $0.0013 at the start of January. Later, the price reached $0.002 by the end of February. Siacoin again declined to $0.001 by mid-March as the crash of crypto market due to the Covid-19 outbreak.

Is Siacoin an ERC-20 token?

No, Siacoin is not an ERC-20 token as it works on its own network, Sia.

Can Siacoin be halved?

No, Siacoin cannot be halved, as it is only mined.

Is it worth investing in Siacoin?

Yes, It is worth investing in Siacoin if you look to secure your data in the long term.

Yes, Siacoin might reach newer heights in the mere future.

When will the new hard fork of Siacoin be implemented?

The new hard fork of Siacoin might be implemented in the month of February. 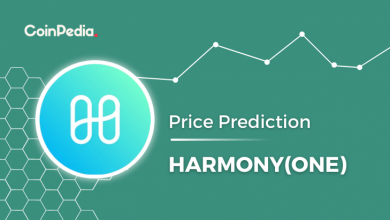 Harmony Price Prediction 2021: Will ONE Price Excel Beyond $1?