The Crypto town is widely known for its volatility and will probably remain the same. There are a myriad of protocols which aim to establish one’s reign in the space. Origin is one of such cryptocurrencies that thrives to go mainstream. The protocol intends to bring DeFi and NFTs to the multitude, seeking assistance from its native asset “OGN”.

The present turbulence in the business has disturbed the hodlers of OGN, like any other investor. Are you one of the many concerned about the price projections of OGN? Look no further, as we decode the plausible price prediction for 2022 and the years to come!

OGN had stepped into the year 2022, with a price tag of $0.643. Whilst being on a slide to the south. The digital asset had portrayed a  minor ascend to $0.668 by the 5th of January. But the growing stance of sellers exacerbated the downswing. The crash towards the end of January pushed the price to its multi-month low of $0.3158.

After a brief round of accumulations until the 2nd of February. An uptrend escorted the price to $0.408 by the 11th of February. But turbulence in the business influenced by tensions around the globe dragged the price to levels around $0.269. Starting from the 13th of March, the foray of buyers pushed the price by 222.82% to $0.85 by the 21st of March. A descend from which closed the quarter at $0.668.

If the digital asset welcomes the buyers, the price might establish grounds at $0.332. Validation of an uptrend from which could help close the quarter at $0.378. However, a prolonged bear run might slump the price to $0.2715. That said, an equilibrium in buying and selling pressures will land the price at $3.182.

Origin protocol’s presence in the sectors of Defi, NFTs, and Web 3.0, might fuel OGN during a plausible bull run. In such a case the price might escalate to $0.543. On the contrary, if the bears outrun the bulls, the price of the altcoin might stumble down to $0.36. Constrained by linear price propulsion. The average price could settle at $0.457.

If the makers embark on developmental and community building initiatives, further seeking impetus from optimistic social volumes. The price could head on to $0.76. Conversely, the ebbing stance of the project and lack of developments could bring the price down to $0.535. Considering the bullish and bearish targets, the regular price could land at $0.648.

If the crypto carries forward the year 2023 on a positive note and manages to attract institutional investments, adoptions, and collaborations. The price of OGN might climb to its potential high of $1.5. Howbeit, negative criticism or a possible financial turmoil might bring the price down to $0.68.

Price Prediction Of OGN For 2024

On a bullish note, if Origin manages to establish prominence in the industry, by empowering its userbase. The price of the crypto asset could chug up to $2.63. Conversely, if any regulations or changes in governments occur across the globe. Origin (OGN) price may undergo tough days. In such a scenario, the price might stumble down to $1.36.

The community might focus on certain events and collaborations with other projects to strengthen its platform. In such a case, the OGN price may escalate to a maximum of $5.59 by the end of 2025. On the flip side, emerging rivals and stiffer competition might haunt the price to $2.448.

According to the prediction of Digital Coin Price. The crypto asset could surge to a maximum of $0.37 by the end of 2022. Whilst a reversal in trend could bring the price down to $0.33. Average trade pressures could land the price at $0.35. The firm expects OGN to reach as high as $0.61 by the end of 2025.

Click here to read our price prediction of Verasity (VRA)!

What is the Origin Protocol (OGN)?

Origin is a protocol for creating and sharing economy marketplaces by utilizing Ethereum blockchains. It empowers the developers and businesses to build decentralized marketplaces. It is a peer-to-peer network that allows participants to share goods and services.

The central goal of the ERC-20 protocol is to eliminate the third party by using Ethereum’s blockchain and an Interplanetary File System. The protocol enables traders, builders and businesses to join and set up their marketplaces on the ETH mainnet. The unique platform is built to have lower transaction fees, superior accessibility, and more.

However, the platform makes use of its native token OGN to offer rewards. Further, these rewards enable security to the network and also function as the governance token. The platform has built up an NFT launchpad that includes distinct auction mechanics to improvise revenue. The launchpad also supports both credit cards and cryptocurrency. 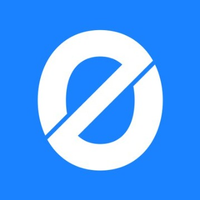 Origin Protocol is a network that allows market participants to share goods and services through peer-to-peer networks. The platform leverages the Ethereum blockchain and Interplanetary File System. For the creation of an extensive online market and eliminates the need for middlemen. Origin addresses the fundamental issues of online markets like transaction fees and transparency.

Josh Fraser and Matthew Liu the founders of Origin Protocol built the ecosystem in the virtue of providing hassle-free distributed systems. Where-in users can promote their products.

The ecosystem has a wide and growing community of developers and holders.

Co-founder Matthew Liu served as a product manager and a software engineer. He has accumulated great knowledge in the blockchain space. He was a product manager at YouTube prior to co-founding the origin token along with Josh Fraser. Another Co-founder Josh Fraser served as a CTO for a reputed social networking platform. The dedicated team includes over 17 developers from more than 7 countries.

The Origin Protocol aims to take Defi and NFTs to the mainstream of the industry, with its fast and cost-efficient transactions. According to Coinpedia’s formulated Origin (OGN) price prediction. If the network manages to empower its userbase. The price might propel to its potential high of $0.75 by the end of 2022. On the flip side, it might find support at $0.5.

Origin made its existence in the crypto market on 10 January 2020 with a lower trade value of $0.21. Later the price significantly soared to $0.39 by February and dramatically again surged to $0.51 by early March. As the market crashed due to the Covid-19 outbreak in mid-March, the currency drastically slumped to $0.16.

Later the price remained stable with certain variations and surprisingly climbed to $0.39 by June declined to $0.24 after. Further with price inequalities, OGN again surged to $0.53 by mid-August and plunged to $0.10 by November. Later the price consistently started to drop and arrived at $0.11 by December to close the year 2020.

The Origin (OGN) price started a 2021 rally with a slow and gradual rise. It hovered within a range-bound scale between $0.28 and $0.38 until late February. However, the asset has experienced an exponential rise of over 3000% surging from just $0.3474 to a new ATH of $3.39. Following the Chinese market turmoil on May 19th, the asset underwent a series of bear cycles reaching $0.6452 by May 28th.

By the second half, OGN price traded within the range-bound scale of $0.7 to $1.1. With a short supercycle, the asset reached its zenith at $1.4 in September. However, the financial crisis coming out of the Chinese market plummeted the price to the bottom of $0.741. The trade for Q4 had commenced with a leg-up, which pushed the price to $0.956 by the 5th of October.

The highs were short-lived, as OGN slipped to $0.8 on the 12th of October. After accumulating in the regions until late October. A bullish uptrend with the start of November, pushed the price to $1.282 by the 12th of November. However, a downswing starting from the 27th of November led to the annual closure at $0.625.

Q: Can OGN be mined?

A: No, OGN is a non-mineable cryptocurrency.

Q: Is it worth investing in OGN?

A: Yes, it is worth investing in OGN if you are planning for the long term.

Q: Where to trade OGN?

A: OGN can be traded at exchange platforms like Binance, Huobi Global, Bittrex, CoinDCX, VCC Exchange, and many more.

Q: What will Origin (OGN) be worth in the next five years?

A: OGN price could surpass $5.5 by the next five years.