Cryptocurrencies have seen tremendous growth over the past few years. One of the unique projects intended to resolve the glitches related to payment processors and financial institutions is the OMG network. Which with its OMG token had turned the heads of the masses in the past.

The stout fundamental traits of the OMG network have been lucrative enough for marketers to grab some. Hodlers and investors have been waiting for a bullish price run of the digital asset. Are you one of the many, who is keen on the predictions of OMG? Look no further as this write-up will illustrate the feasible price projections of OMG for 2022 and the years to come!

OMG’s price commenced the year on a bullish note and raised up to $6.10 with a 20% upsurge. However, as US Fed FUDs hit the market hard, OMG was not an exception. By the 23rd of January, OMG was trading at its five-month low, while its crucial support was near $3.73.

The digital asset underwent a correction with the start of February, with losses of 11.4%. Post which the price escalated by 23.64% by the 8th of February.

But the fuel was then drained, as tensions around the globe led to a downswing. Aggravating market trends and turbulence in its trajectory led to the quarter’s closure at $5.81. The second quarter was ruthless for the crypto industry, and OMG had borne the brunt to a notable extent. The altcoin had lost over 73% gains Q2.

If the cryptocurrency carries forward the third quarter in a bullish stance. And witnesses notable adoptions and collaborations. The price of the digital asset could munch greener candles to claim a maximum price target of $2.44. However, negative criticism and the network losing out on market hold. Could possibly bring the price down to $1.69. Constrained by a linear price trajectory, the average price could settle at $2.01.

The optimistic social sentiments in the fourth quarter, coupled with the flourishing user base of the network. Might take the price to a maximum target of $3.20. However, a possible financial crisis or regulatory compliance would abruptly haunt the price to $2.24. Considering the bullish and bearish targets, the average price could land at $2.64.

In the case of extreme bullish sentiments, the price would move up to $5.39 in the 2023 bull cycle. The price might flip to $2.84 if bears dominate the space. However, with average buy and sell pressures the price would end up trading at $3.95 by the year’s end.

Growing global adoption of cryptocurrencies and a wider user base could push the price to a maximum of $8.55. However, emerging capable rivals to both OMG network and Ethereum could slash the price to $4.52. Successively, factoring in the bullish and bearish targets, the regular price could be at $6.07.

OMG Network has plans to introduce new services to its trading. And once it completely transforms into a Proof-of-Stake (PoS) consensus mechanism. It might claim a value well above $13.94. On the flip side, the price might as well experience a steep fall to $7.20. Consequently, the absence of fulfilling events could conclude the year at $9.71.

Click here to read our price prediction of Cardano’s ADA!

What Is OMG Network (OMG)?

. The non-custodial protocol was previously named as OmiseGo. The aim of the platform is to affirm a high-transaction throughput at a reliable price. The network has its own native utility token called OMG. The token can be used as a payment solution for fees on its platform. And users can use the token to earn rewards by staking.

However, the network makes use of a distinct scaling solution called MoreViable Plasma. Which is integrated with the plasma sidechain method of architecture. Which categorizes several transactions off-chain into a pack that can then be confirmed as one transaction on the Ethereum blockchain.

While the OMG network has been deployed to boost the Ethereum ecosystem by resolving the glitches related to transaction speed and fees. The sidechain solution would also help in bringing down electricity usage by almost 99%. 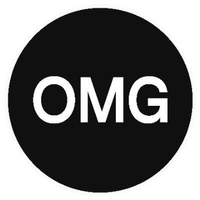 The OMG Network was founded by Vansa Chatikavanij in 2017. The tech firm is based out of Thailand, previously recognized as Omise Holdings. The founder completed his master’s graduation from Columbia University in earth and environmental sciences in New york. He has accumulated knowledge in working with financial institutions such as the World Bank and International Finance Corporation.

He worked as a managing director at the company until 2019. The present COO of the network is Stephen McNamara, who served at Huawei technologies as a former head of blockchain R&D strategy. Whereas Kasima Tharnpipitchai is working as a CTO of the OMG network. OMG network released the Proof-of-Concept consensus mechanism in January 2018, which was built as an early version of its Plasma-based sidechain.

Alpha launch of the OMG platform in 2019 called Ari ensured the more tech-savvy iteration of the protocol. In contrast to its Minimum Viable Plasma predecessor. Furthermore, the OMG network launched a test net version of its platform on a Ropsten environment in March 2020. However, in the same month, the network released its mainnet version OMG Network V.01.

The OMG price has shown rapid volatility in the recent past. With substantial fluctuations, OMG might claim $3.2 by the end of 2022. The price may increase if the company announces any new improvements.

As per Coinpedia’s formulated OMG Network Price Prediction, it might be a good investment in the long term perspective. OMG price might hit a maximum of $8.5 by the end of 2024. And might eventually, surge toward $14 by the end of 2025.

To read our price prediction of ApeCoin (APE) click here!

Is The OMG Network (OMG) a good investment?

With proper analysis of trends, the users could earn good profits in the long term.

The OMG network (OMG) has a solid potential to reach new ATHs as it has plans to shift to PoS soon. Wherefore, OMG’s price might hit the $13.94 mark by the end of 2025.

Where can I buy the OMG token?

If the star’s incline in favour of the protocol, the price of the altcoin could hit a maximum of $3.20 by the end of 2022.

What is the current ROI of OMG?