Followers : 0 View profile technologies are getting prioritized as they enhance privacy as well as the security of the users. makerdao 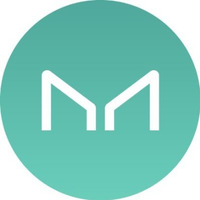 Followers : 0 View profile is one of the prominent projects that concentrated on the promotion of decentralized exchanges and stablecoins.

Maker had showcased a splendid price rally by surging with a huge margin, in the recent past. Also attracting many to influx huge liquidity. Marketers from the business have been aspiring of one such run. Are you one amongst the many, who are keen on MKR? Fret not, as we got you covered with our MKR price prediction for 2022 and the years to come!

The MKR Price experienced weakness in price action with a start to the new year. However, as bears continued to haunt the rally owing to January 4th crash, MKR price bottomed out to a five-month low of $2,050. The downtrend further aggravated, as the price hit the $1,973 mark, by the 10th of January. While it did pose a leg-up to $2,263, by the 17th of January. It slumped down to $1,605, by the 22nd of January.

On the 28th of January, the price had reignited a run. This time the price escalated to $2,359, by the 4th of February. MKR price fell for another dump amidst the geopolitical tensions between Russia and Ukraine. The downtrend took the price to $1,528 by the 24th of February. After hovering closer to its support levels, the trade for the quarter was closed at $2,224.

The price projection of MKR in the second quarter was directly proportional to that of the broader industry. The indifferences amongst marketers made way for the lack of impetus. Which further led to plunges on the market charts. MKR lost over 67% in value until the 18th of July. Before terminating the second quarter at $922.

The digital asset seeking impetus from the volumes and its strengths such as decentralized governance. And flourishing ecosystem could push the price to its resistance at $999. An ascend from where could call for the maximum target at $1101.

On the flip side, a lack of volumes and interest amongst traders could drag the price down to $824. Factoring in the bullish and bearish targets, the regular price could settle at $952.

If the government issues any guidelines then Maker price would experience heavy price fluctuations. If it manages to catch up to the rapid phase in the upcoming bull cycle then MKR price can hit $2212. The average and minimum possibilities are $1675 and $1213.

If the crew behind the protocol employ community-driving initiatives and resolutions to the framework. The digital asset would find the initiatives catalysing in its favour amidst Bitcoin’s halving event. In such an optimistic layout, the price of MKR could propel to its potential high of $3400 by the end of 2022.

On the contrary, failure in establishing its rein in the midst of growing competition. The altcoin could take a plunge to its bottom of $1801. Conversely, constrained by a linear momentum, Maker could land at an average price of $2589.

Maker price, however, is expected to keep the bullish momentum intact and rise accordingly. The price may end up trading close to $5010 in the coming three years. However, a bearish divergence can also not be ignored if dropped. The price may trend with the levels around $2789. Successively, factoring in the bullish and bearish targets the regular price might occur at $3722.

Trading Beasts foresees a sluggish price projection of MKR. It expects the altcoin to close its trade for 2022, with a maximum of $1173.5. The analysts from Trading Beasts expect the minimum and average levels to fall to $797.997 and $938.82 respectively.

To read our price forecast of Cosmos (ATOM) click here!

Maker is an ethereum

Followers : 0 View profile -based DAO (Decentralised Autonomous Organization) token that aims to generate another Ethereum token. It intends to transact on exchanges at a cost of US$1.00. The platform has its own native token MKR acts as a governance token of the Maker protocol. The token offers a kind of voting share for the company that manages DAI.

Maker is an Ethereum-based DAO (Decentralised Autonomous Organization) token of the MakerDAO and Maker Protocol that aims to generate another Ethereum token. It intends to transact on exchanges at a cost of US$1.00. MakerDAO was created in 2015 by Rune Christensen, but it was only launched in December of 2017.   The Maker platform is one of the initial projects in the decentralized finance space. The ecosystem has its own native token, MKR, that could be utilized for the payment of a related 1% interest rate. Further, the utility token is also utilized for the payment of fees. MKR tokens also play a pivotal role in offering voting rights to the holders.   The Maker DAO protocol assists in providing collateral loans against its own stablecoin DAI. Users can lend funds using their own ETH by locking them in MakerDAO’s smart contracts. Therefore, users just use their ETH to convert it into DAI to get collateral loans and pay interest. It was MakerDAO that created a core layer of decentralized finance, which became very popular as "DeFi."

Maker is the governance token of MakerDAO protocol. Which is the organization behind the technology of providing collateral loans against its own stablecoin DAI. Users can lend funds using their own ETH by locking them in MakerDAO’s smart contracts.

Therefore, the user just uses their ETH to convert it into DAI to get collateral loans and pay interest. It was MakerDAO that created a core layer of decentralized finance, which became very popular as ‘DeFi’.

The native token of MakerDAO DAI is mainly used as collateral which is in turn backed by the USD. And hence, this feature attracts many in the DeFi space. Created by rune christensen 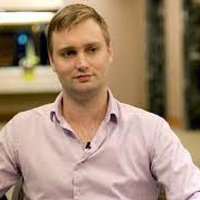 rune christensen founder at makerdao   Rune Christensen is the co-founder and CEO of MakerDAO, which issues Dai, the world's first stable coin on the Ethereum blockchain. Starting around 2015, Christensen has zeroed in on laying out the vision and authoritative construction of the Maker Decentralized Autonomous Organization and the financial underpinnings of the Dai stable advanced money. He is likewise familiar with Mandarin Chinese.   Probably the most grounded current in the Ethereum space all through 2019 was the developing environment of decentralized finance applications, with MakerDAO and the Dai stable coin assuming a critical part in this change in account and engineering center. MakerDAO cooperated with different activities all through the year with an end goal to extend the accessibility and utilization of Dai. In September, MakerDAO declared a designer award and cooperation with blockchain-based independent stage Opolis to carry Dai installments to the consultant gig economy. In August, MakerDAO collaborated with London-based financial elective endeavor Monolith to carry Dai installments to its Visa check card.   At the end of the year, MakeDAO declared an offer of $27.5 million in MKR tokens to Dragonfly Capital Partners and Paradigm to carry Defi to Asian business sectors. The greatest specialized update in the MakerDAO platform was the launch of Multi-Collateral Dai in November, which will widen the collateralized resources backing Dai past Ethereum. EntrepreneurInvestorChief Executive Officer

Followers : 0 View profile in 2015, MKR acts as a kind of vote sharing for the organization that manages DAI.

New upgradations and collaborations would bring Maker to the spotlight. If the platform updates itself to boost transactions per second. Then the ecosystem has a great chance to claim new milestones.

As per Coinpedia’s formulated MKR price prediction the asset is poised to hit new highs.  Hence following certain fluctuations MKR might trade at $1340 by the end of 2022. On the downside, the network failing to stand tall to its expectations could result in a potential low of $990.

Q: What is MKR? Is it the same as MakerDAO or DAI?

A: MKR is the governance token for the decentralized platform MakerDAO. DAI is yet another product of the platform in the form of a stablecoin.

Q: Is MKR a good investment?

A: Based on the historic data available, it can be predicted that it is a profitable investment for the long term.

Q: What is Maker Token used for?

A: Maker (MKR) protocol has the primary aim to support the stability of MakerDAO’s DAI protocol. And facilitate governance for the DAI credit system.

A: MKR is available for trades across prominent cryptocurrency exchange platforms such as Kraken, Coinbase, and Zebpay, amongst others.