The cryptoverse has seen dramatic publicity over the past two years with a swift move. The perpetual evolution of the space had roused the launch of loopring 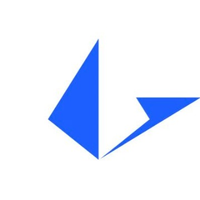 Followers : 0 View profile . The platform intends to resolve the glitches with regard to centralized and decentralized exchanges.

The core goal of the ecosystem has been to ensure quick, secure, and highly transparent solutions. The platform enables high-throughput, cost-effective payments, and trading on ethereum

Planning to bag some LRC, at the lows, but uncertain of its future prospects? Worry not, as we decode the plausible LRC price prediction for 2022 and beyond!

The new year had begun ultra-bearish for Loopring’s price action, as it incurred a steep fall. Starting the year with a price tag of $2.0166, undergoing a downswing, LRC’s price lost 54.72% gains by month-end. Which led to the monthly closing price of $0.9232.

Whilst the altcoin had posed an uptrend to $1.233, until the first week of February. Turmoils in the business resulting from geopolitical tensions between Russia and Ukraine, and anxiety about FED’s rate hike. Collectively, called for yet another downtrend, which resulted in LRC’s price brushing levels at $0.649.

Recovering from the dooms, a bullish spike in volumes helped Loopring close the quarterly trade at $1.308. Q2 was cold-blooded for the crypto industry, as the aggravating economic turmoil of key companies made way for insolvencies. Wherefore, FUD and panic called for a drawdown of funds. After shedding-off gains accounting for over 74%, the altcoin is presently changing hands at $0.384.

Growing developmental and community building initiatives, and thriving adoption of the zk-Rollups could turn imperative for Loopring’s price. As a result LRC’s price could chug up towards its maximum price tag of $0.4972.

Conversely, Ethereum’s merger to ETH 2.0 materializing during the third quarter. Would steal a huge share of profits, wherefore, LRC’s price coud crumble down to $0.3514. Successively,  linear projection of the price could land the  price at $0.4180.

A delay in Ethereum’s transition to PoS, and the growing demand for a secure, high throughput, and low-cost protocol. Would bring Loopring to the limelight. Moreover, growing userbase and volumes would be supplemental in the propulsion of LRC’s price. As a result of which, the digital coin could surge to a maximum of $0.6647, by the year’s end.

On the other hand, the diminishing stance of the protocol, and stiffer competition could knock the price down to $0.4542. Collectively, constrained by a linear momentum, the price of LRC could land at $0.5446.

Loopring would hit new milestones in the NFTs space in 2023. The forthcoming year could be splendid for Loopring if bulls significantly underpin the market trend for a specific period of time. Later the protocol may surpass $1.1818 by the end of the year.

Followed by much-awaited collaborations like Gamestop would open the doors for larger expansion. In case, if an anticipated collaboration remains a rumour, then the LRC price would flip well below $0.6003. With average buying and selling pressures, the price would claim a regular price of $0.8234.

According to Into The Block, the holding concentration of Loopring sees a tug of war between whales and investors. Whilst whales hold 43.69% of the tokens, investors are not far behind, with a share of 41.96%. That being said, retailers hold a smaller pie of 14.35%. Successively, the foray of big-money marketers could push LRC to its potential high of $1.8463.

Conversely, the lower average time held of Loopring being just 7.4 months, makes it comparatively volatile. Wherefore, LRC could take a plunge to $0.9183 in case of a bear run. Contrarily, the regular price could find its base at $1.2911.

This expeditious and stable platform has the potential to reach $3, by the end of the next three years. On the contrary, the price would plummet to $1.4795 in case of a bearish trap. However, the protocol would end up trading at $2.133, by the end of 2025. If the digital asset stays remote from any external influencing factors.

As per the revised LRC price prediction by Wallet Investors. The Loopring price is forecasted to hit a maximum price of $1.396, by the end of 2022. According to the analysts of the firm, a reversal in trend could slash the price to $0.494. While a balance in buying and selling pressures could curb the price to $0.960. The firm expects the altcoin to reach as high as $2.640, by the end of 2025.

What Is Loopring (LRC)?

Loopring is a zkRollup (built for layer 2 solutions) layer 2 scaling protocol. It is an open protocol built for the integration of decentralized crypto exchanges. The platform’s motive is to enable high-throughput, cost-efficient payment and trading on the Ethereum blockchain.

The platform has its own native token called “LRC” which was launched in August 2017. The protocol could be utilized to pay fees on Loopring L2. In addition, the platform possesses its own wallet with layer 2 scaling. To enable a safe, intuitive, and effective Ethereum experience in your pocket.

The central idea behind the platform is to merge elements of decentralized and centralized crypto exchanges. In order to produce a token that will enable the distinct benefits by eliminating the existing inefficiencies. Through supervising sell and buy orders in a centralized way yet fixing the trades on a blockchain. And merging up to 16 orders into circular trades in contrast to enabling one versus one trading pairs.

Loopring is a zkRollup (built for layer 2 solutions) layer 2 scaling protocol. It is an open protocol built for the integration of decentralized crypto exchanges. The platform’s motive is to enable high-throughput, cost-efficient payment and trading on the Ethereum blockchain. The Loopring foundation was founded by Daniel Wang. The Loopring network was deployed on the Ethereum network in December of 2019.   The central idea behind the platform is to merge elements of decentralized and centralized crypto exchanges. This is in order to produce a token that will enable distinct benefits by eliminating the existing inefficiencies. through supervising sell and buy orders in a centralized way yet fixing the trades on a blockchain. and merging up to 16 orders into circular trades in contrast to enabling one-versus-one trading pairs.   The platform has its own native token called "LRC," which was launched with an ICO in August 2017. The digital asset can be utilized to pay fees on Loopring L2. In addition, the platform possesses its own wallet with layer 2 scaling. to enable a safe, intuitive, and effective Ethereum experience in your pocket.

The Loopring foundation was founded by daniel wang 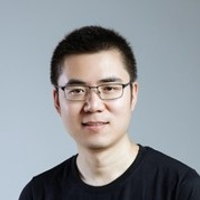 Followers : 0 View profile , who is presently the CEO, of the firm. The founder is a software engineer and a known businessman in Shanghai, China. Mr Wang has completed his graduation in computer science from the University of Science and Technology of China. Further, he accomplished his master’s from Arizona State University.

Prior to the launch of Loopring, Daniel Wang gathered knowledge in multiple managerial and chief executive positions in reputed tech firms. He was also a chief software engineer at Boston Scientific. In addition, he held the position of senior director of engineering at JD.com, a Chinese e-commerce giant. He had also served as a senior engineer at Google.

Moreover, he has also co-founded tech firms such as Yunrang Information Technology and Coinport Technology Ltd, a leading cryptocurrency service firm. Then, he shifted his focus to the release of Loopring v1 in December of 2017. Moving forward, the platform conducted its debut LRN airdrop in July 2018. After the success of the first event, the platform conducted the LRN airdrop worth 1.5 million in September 2018.

Loopring is one of the young and promising tokens designed to develop crypto exchanges. This technological revolution would benefit the token in the coming years. According to Coinpedia’s formulated Loopring price prediction. It may smash $0.65 by the end of 2022, provided it collaborates with new gaming firms.

On the downside, market fluctuations, regulatory compliance, and failure of collaborations or integrations can be major setbacks for the altcoin. Therefore, Loopring’s price may struggle to consolidate around $0.45 by the year-end. Considering all viewpoints, the average price of the Loopring would be around $0.54 by the end of 2022.

To read our price prediction of PancakeSwap click here!

Is Loopring a good investment?

Yes, if you are planning for the long term, Loopring looks promising considering its vision to expand into a gaming firm.

Loopring has the potential to be a profitable short-term investment. As gaming and NFTs space has been taking up another step to revolutionize the gaming sector.

What can be the maximum trading value of LRC, by the end of the next three years?

Where can I trade Loopring?

Loopring can be traded on various exchanges like Binance, Bybit, OKEx, and Huobi, amongst others.