Kusama is popularly known as ‘Polkadot’s canary chain. And was initially launched as an experimental, unaudited version prior to Polkadot. The network aims to provide a platform for developers to build and deploy parachains. It also enables us to try out Polkadot’s governance tokens like staking, nomination, and validation functionality in a real environment.

Kusama attained the limelight when its native token KSM tripled its price in just a month. The platform which was rolled out as a pilot project is now worth more than $403,894,825 in market cap. As an investor, are you keen on its fundamentals, collaborations, price trends, and future prospects? Look no further, as this write-up will host the plausible KSM price prediction for 2022 and the years to come.

Kusama had commenced its trade for 2022, continuing its downtrend from the previous year, and with a price tag of $275.4. While the digital coin did portray a leg-up to $297.9, by the 4th of January. However, running out of steam, the price sank down to $233.6, by the 10th of January. Following this, the leg-up to $288.3, was invalidated by the bears again, following a market crash.

The second quarter was initiated on a positive note, with KSM’s price at $206.258 on the 2nd of April. However, deteriorating trends in the business made way for panic selling by traders and investors. This led to a steep fall in the prices of crypto assets from the industry. The canary coin lost over 77% in value in the market crash.

Growing optimism in the final quarter could kickstart a bullish run for the broader industry. This could also potentially drive the altcoin to its pricier target of $81.579. That said, negative criticism and liquidations could bring the price to $58.513. Considering the bullish and bearish targets, the average price could settle at $69.470.

The Kusuma could attract newer investors and adoptions, with its offerings such as custom blockchain and parachains. Wherefore, the price of the digital coin could surge to a maximum of $144.248, by the end of 2023. In contrast, if the canary network fails to adhere to its expectations, the price could crumple to $74.083. Successively, an equilibrium in buying and selling pressures could settle the price at $112.942.

If the crew behind Kusama and Polkadot roll out new parachains and strive towards interoperability and Web3.0. The project could take strides toward the spotlight again. In such a scenario, KSM’s price could take flight to $212.611 by the end of 2022. On the other hand, the absence of promotions might slump the price to $116.776. Collectively, the regular price could land at $116.776.

Kusama in the coming days holds the potential to give a tough fight to other blockchains. In such a case the price may pose a splendid rally, with substantial bullish momentum, market sentiments, and developments in the ecosystem. KSM price may reach a maximum of $329.076, by the end of 2025.

Conversely, emerging rivals and ebbing market stance could plunge the price to $177.331. Collectively, considering the bullish and bearish targets, the average price might land at $263.599 by the end of 2025.

As per the firm’s KSM price prediction, the altcoin is anticipated to surge to a maximum of $66.25 by the end of 2022. Whilst a reversal in trends is believed to hinder the price projections to the minimum of $57.91. That said, a balance in buying and selling pressures could land the price at $61.96. The analysts from the firm have set the maximum closing target for 2025 at $100.19.

According to the website, the digital token is foreseen to soar as high as $102.79 by the end of 2022. The analysts from the company have pinned the minimum and average closing targets for the year at $88.04 and $90.85. Priceprediction.net also hosts the Kusama price prediction for the long term. Accordingly, the KSM price is foreseen to hit a maximum of $329.83 by the end of 2025.

What Is Kusama (KSM)?

Kusama Coin is a decentralized form of digital asset or cryptocurrency. It is basically a network built as a risk-taking, fast-moving, canary network for its cousin Polkadot. The platform enables the developers to spark their innovation and disrupt the status quo.

Kusama was founded by Gavin Wood in 2019, who is also the founder of Polkadot. And the former CTO of Ethereum under the web3 foundation. Kusama Network is a scalable network of blockchain using a similar code as that of Polkadot. The team that wants to move fast or prepare for deployment on Polkadot can conduct their experiments on the Kusama platform. 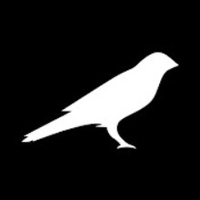 Kusama is a scalable network of specialized blockchains built using Substrate and the same codebase as Polkadot. Kusama Network provides fast and ideal services that are fast Iteration, Low Economic Barriers, Advanced Technology, Open Governance, Engaged Community, and valuable experience. Kusama Network is built by the same teams as Polkadot they use nearly the same code and tools as Polkadot. The Kusama Network is established by Gavin Wood co-founder and CTO of Ethereum in the year 2019. The company is placed n Switzerland.   Kusama brings multiple blockchains into one sharded network, freeing developers from the siloes created by legacy blockchain networks. The developers can build their app-specific blockchain and connect it to Kusama. The Kusama network uses the most advanced technology in the Polkadot ecosystem and is a development environment for the teams who want to move fast and innovate exclusively on Kusama. The Kusama parachains and applications are Gaming and eSports, Messaging, DAO, Marketplaces, Oracles, Music, and Social networking.

Kusama is a scalable, multichain, and Canary network of Polkadot. Kusama Network is an experimental protocol for teams who wish to move fast and renovate Kusama. Given below are the groundbreaking features of Kusama.

Fast Iteration: Kusama has the potential to repeat the process at a greater speed with low risk so that the developers can move swiftly through the governance and upgrade process.

Cost-Effective: The platform is a great opportunity for start up’s who might face low economic barriers.

Advanced Technology: Kusama is built on the most advanced, next-gen, sharded, multichain network.

Open Governance: Kusama is owned and governed by a community of network participants who vote on and control the network.

Kusama with its stout fundamentals and correlation with Polkadot holds the potential to initiate a bull run. An impetus from big-money investors and notable collaborations could push the price to a maximum of $82 by the end of 2022. In contrast, prolonged dominance of the bears could sink the price to the lows of $58.

Q: Is KSM a good investment?

A: Yes, KSM is a good investment, if considered for the long term. The fundamental traits of the protocol will eventually drive profitable returns.

Q: Can I stake KSM coins?

A: Yes, one can stake your KSM coins.

Q: Where do I trade KSM coins?

A: KSM coins can be purchased on the leading exchanges like Binance, Coinbase, Kraken, etc…