The crypto-verse has been generous enough to aspiring and innovative projects. That bring in drastic changes to the ecosystem by offering unique services. One such protocol that holds the potential to revolutionize the DeFi world with its smart contracts is fantom 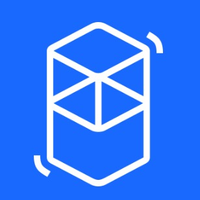 The vision behind the launch of the FTM token was to integrate the compatibility between all transaction platforms around the world. The platform is known for employing the “Direct Acyclic Graph” (DAG) smart contract platform, which empowers the scalability of the network.

The distinctive strengths of the network and the recent 335 M FTM incentive program, have caught the interests of marketers. Who are keen on, if FTM price could propel to the $5 mark this 2022. Are you one of the many investors keen on FTM? Look no further, as we exhibit the plausible price prediction of FTM for 2022 and the incoming years.

With an increase in volumes, deployment of newer dapps, and with the 335 M FTM incentive program bearing fruits. The price of the digital asset could reach its potential high of $0.4365, by the end of the quarter.

That said, diverging interests of investors and traders, and efforts not bearing expected results. Could drag the price of FTM to its bottom at $0.3075. However, debarred from being influenced by the bears or by the bulls, the average price could stand at $0.3675.

FTM price could ignite a catapulting flight in the fourth quarter of 2022, as marketers would hold a bullish outlook. The social sentiments could drive in higher volumes. That could persuade the price of FTM towards its quarterly high of $0.5765 by the end of 2022.

While bland circumstances alongside routine trades could limit the price to $0.475. If bears outrun the bulls, and if the market sees an unfortunate dump. The price of Fantom could find support at $0.4015 by the end of its annual trade.

If circumstances favour the vision of Fantom, initiatives such as incentive programs, perks of the network, and the stance of the community. Could accelerate the adoption of the protocol, which could bring in newer investors. Wherefore, the price might surge to its maximum annual closing target of $1.068.

On the contrary, if things go unplanned and if the digital asset falls prey to negative criticism and FUD. The price of the altcoin would settle at its potential low of $0.518. That said, considering all the viewpoints, the digital coin’s promising average price could be $0.73.

The graphical representation illustrates the composition of addresses by time held. Presently, the lion’s share of FTM is held by 67.58k cruisers. Followed by 19.77k hodlers, and lastly by 67.58k traders. Learning from the bar graphs, the count of hodlers is on a constant rise over the past year. The spike in hodlers is an optimistic sign for the long-term propulsion of FTM’s price.

Successively, seeking impetus from hodlers the price would remain immune against massive downswings. Conversely, the rise in bullish volumes will help FTM price rise to a maximum of $1.729. On the flip side, it could take a dip to the lows of $0.869. That being said, the average price might land at $1.242.

When predicting the price for the long term, it is implicit to analyze the asset’s historical footprints. And how it behaves when bears overtake the market. From a historical point of view, Fantom remains relatively volatile during market fluctuations. Hence, by the end of 2025, at minimum, the price could flip to $1.391.

As the coin continues to evolve, this super-fast smart contract platform has the potential to reach $3.045. The impetus for which could come from greater adoption of the protocol. And successful collaborations and alliances. That said, factoring in its average trajectory over its cycles, the price of Fantom could settle at intermediate levels of $1.987.

Digital Coin Price expects a linear price projection for Fantom’s FTM. The firm forecasts the maximum closing target for 2022 at $0.49. Whilst expecting the minimum and average levels to fall at $0.42 and $0.45. According to the FTM price prediction by Digital Coin Price. FTM  could close its trade for 2023 and 2025 with maximum prices of $0.54 and $0.75.

To read our in-depth price forecast of BitTorrent click here!

What Is Fantom (FTM) Token?

Fantom is an open-source, permissionless, and decentralized smart contract platform. Built to counter the drawbacks of the previous generation blockchain networks. The DeFi token makes use of a revolutionary aBFT consent mechanism called Lachesis. This enables the token platform to be much faster and cost-efficient than previous technologies.

Fantom has its own native token FTM, which intends to solve technical glitches related to smart-contract platforms, notably transaction speed. As per the reports, developers claim that they have lowered the speed below two seconds. The altcoin also makes use of a leaderless Proof-of-Stake mechanism to provide a high level of security. Moreover, the protocol is compatible with ERC 20 as well as BEP 2.

The Fantom Foundation is a platform for digital assets and decentralized applications that includes a high-throughput open-source smart contract. It is an experienced blockchain development firm that was founded in 2018 and is headquartered in South Korea. It is a proof-of-stake platform that prevents centralization and saves electricity, aims for higher transparency concerning its work, and is committed to designing building blocks for anyone to utilize from anywhere and customize to their requirements.   The company solves the challenges at the core with its high-speed consensus mechanism, Lachesis, which enables digital assets to function at unprecedented speed and deploys dramatic enhancements across the present systems. The solutions and services provided by the company are as follows: financial markets: digital assets; institutional finance: clearing and settlement; central bank digital currency; decentralised finance; tokenized real estate; smart healthcare; supply chain management; and many more. The company has collaborated with industry leaders such as crypto.com, Travala, Ethereum Classic, Waves Technologies, Okex, Gravity, Suterusus, ONTology, Nem, Coti, Fusion, SKchain, and many others.

The Fantom protocol was launched by Dr Ahn Byung Ik, a computer scientist from South Korea. The foundation’s initial product offering done in 2018, went live mainstream in December 2019. The present CEO of the network is Micheal Kong. The innovative developers behind the network possess advanced knowledge in the field of full-stack blockchain development.

The team is intended to build a smart contract platform that integrates scalability and security. One of the consensus layers of the platform Lachesis enables Fantom’s Opera mainnet deployment. The modularity of the network is highly flexible as the developer team can deploy their existing Ethereum-based decentralized Fantom.

Fantom is one of the young and promising altcoins. We have brought you some interesting predictions for this coin. According to Coinpedia’s formulated Fantom price prediction, it may smash $0.58 by the end of 2022.

On the downside, market fluctuations and uncertain global conditions, even failure of upgrades can be a possible setback for the altcoin. And thereby the DeFi token’s price may struggle to consolidate around $0.4 by the end of 2022.

Click here to read our price prediction of Uniswap!

Q: Is FTM a profit-making investment to HODL?

A: Yes, FTM is a profit-making investment, considering the strengths of the network, and the initiatives undertaken by the makers. The digital coin could portray higher yields in the long term.

Q: Is Fantom a safe network?

A: Yes it is a safe network, as it employs a bespoke model of the Proof-of-Stake algorithm.

A: Considering the current projections and stance of the network. FTH price could claim a feasible potential high of $0.5765 by the end of 2022.

Q: What could be the maximum trading price of FTM by the end of 2025?

Q: Where Can I trade FTM?

A: FTM is available for trade across prominent cryptocurrency exchange platforms such as Huobi, Okex, Binance, etc…