The ever-evolving crypto space has been generous enough for unique crypto projects to establish their reigns. One such project is the Basic Attention Token, which is built to incentivize traders. Basic Attention Token works on Proof-of-Work (PoW) consensus mechanism backed by the Ethereum miner network.

The native token BAT has portrayed phenomenal returns in the past. Hodlers and savvies are wishful of more such runs in the near future. Are you considering BAT for your investment portfolio, but doubtful of its returns? Fret not, as this write-up will get all your doubts sorted. As we decode the plausible price predictions for 2022 and beyond.

It was on the 3rd of February when the crypto asset had first signalled a leg-up. Which pushed the price to $0.983 by the 7th of February. Howbeit, aggravating turmoil resulting from geopolitical tensions between Russia and Ukraine and worsening inflation numbers. Dragged the price to $0.57. Oscillating from the lows to the highs, the quarter was closed at $0.939.

The second quarter was treacherous for Basic Attention Token, as it was for a host of cryptocurrencies in the business. Amidst the aggravating trends, by the 14th of June, BAT’s price had dropped to $0.2588. Thereafter, a healthy spike in volumes closed the quarter at $0.3951.

If BAT copes up to lure the interests of foreigners, with Brave wallet, Brave swap, and hold on to NFTs and Defis. A possible incline in the userbase and volumes will push the price to its potential high of $0.3788.

However, ebbing volumes and depleting dominance might slash the price down to $0.3121. Successively, a balance in buying and selling pressures will settle the price at $0.3405.

The optimism of the fourth quarter coupled with developmental initiatives falling in place. Such as BAT utility for search engines, BAT for e-commerce, IPFS and rewards. The price could climb up to $0.4795. On the downside, negative criticism following the protocol failing to adhere to its claims could slash the price to $0.3544. Factoring in the bullish and bearish targets, the average price could find support at $0.4091.

The network believes to extend Brave beyond its browser and collaborate with leading third-party browsers. On this note, momentum may be induced causing the BAT price to hit a high of $0.8196 by the end of 2023.

In the urge of gaining rewards, users not interested in the ads might view them. Thus not yielding potential customers for the advertisers. The adoption of Brave is still controversial and if the network fails to improve this, the price might fall to $0.4327. Successively, factoring in the aforesaid factors, BAT price could find a middle ground at $0.6003.

If the protocol brings in community-building initiatives and strives toward diverse sectors such as NFTs and Defis. The price of BAT could ascend towards its potential high of $1.2921. On the flip side, emerging rivals and stiffer competition could bring the price down to $0.6554. Conversely, constrained by a linear momentum, the year could terminate at $0.9463.

The network has already collaborated with leading platforms like Townsquare, Dow Jones and many more. We can expect better outcomes from BAT as they are planning for further partnerships. If the network successfully introduces updates like posting comments and unlocking premium content. Then the Basic Attention Token’s price may blow to $2.1621.

On the other hand, if the network falls prey to current critical debates on Mining and PoW consensus, the market may crash. In such a scenario the BAT price may wipe down to $1.1005 by the end of 2025. But if BAT successfully keeps up the privacy algorithm on the Brave browser, BAT shall trade at $1.5425.

What Is Basic Attention Token (BAT)?

The token is in use for mediating payments between advertisers and content creators who lend space on their webpage for the ads. Also, to users who view the ads. Thus, Brave acts as a blockchain-based advertising platform powered by the BAT token.

Built on Ethereum, BAT is an ERC-20 token. And allows the creation and transfer of smart contracts for irreversible payments happening over the network. It works on a PoW consensus like most cryptocurrencies now, you can also mine these tokens. Currently, the token is capped at a total supply of 1.5 billion. 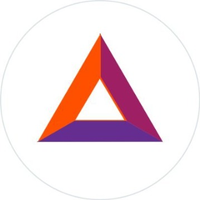 The Basic Attention Token (BAT) is the native token of the Brave web browser, which is built on the Ethereum blockchain. The token has two founders, Brendan Eich and Brian Bondy. Brenden is also the co-founder of Mozilla and Firefox. The protocol is a blockchain-based system built to attract the media consumer’s attention using the Brave web browser.   Successively, the Basic Attention Token is in use for mediating payments between advertisers and content creators who lend space on their webpage for the ads. Also to users who view the advertisements thus, Brave acts as a blockchain-based advertising platform powered by the BAT token.   Built on Ethereum, BAT is an ERC-20 token that allows the creation and transfer of smart contracts for irreversible payments happening over the network. It works on a PoW consensus like most cryptocurrencies now. One can also mine these tokens. Currently, the token is capped at a total supply of 1.5 billion.

The Brave browser works very much similar to that of Google chrome but vigorously blocks ads from appearing on the web pages. However, profiting the users, publishers, and advertisers, ads can be enabled anytime. That is, a product-based company needs to pay the browser in the form of BAT via smart contracts. Which will, in turn, be distributed to the publisher who posts these ads on their webspace.

Many may wonder about the need for a cryptocurrency to power the network. When the user or publisher can just be paid in any fiat currency. But it is here that the network eyes on improving privacy and transparency. Transactions and payments within the network using BAT do not record any identity nor reveal it!

After a successful launch in 2017, the network partnered and collaborated with multiple networks and platforms. One notable partnership was with the TAP Network, a leading data network and advertising platform which has a stablecoin called TAP coin. Other remarkable collaborations include those with Dow Jones Media, Quant, and Cheddar.

The project is evolving in all possible dimensions and looks forward to implementing easy micropayments for goods using BAT. The network officially announced an on-board Privacy-preserving News recommendation on its Browser.

Considering the previous price movements and the current price trend, the price is expected to rally steadily. According to Coinpedia’s formulated BAT’s price prediction. The token may surge back to $0.48 as the year ends. In contrast, Ethereum’s scalability issues might impact the growth of BAT. Which is an ERC-20 token causing the price to slump to $0.35.

To read our price prediction of Terra (LUNA) click here!

What is a Basic Attention Token (BAT)?

BAT, the native token of Brave browser, it intends to attract the media customers and their attention. Intending to provide a platform with fewer ads, and maintain user privacy, the BAT token is built on the Ethereum blockchain

Considering the price history, BAT prices showcase a decent rate of volatility. And turns out to be a good one for the long term.

How does the BAT token work?

Publishers and content creators get paid in BAT tokens on brave browsers. And the users of the platform can use the tokens to pay fees.

How to buy a Basic Attention Token (BAT)?

BAT tokens can be bought on most of the major cryptocurrency exchanges such as Binance, Coinbase Pro, and Huobi global amongst others.

What will the maximum price of BAT be by the end of 2025?