The crypto-sphere is home to a number of sectors which includes Defis, NFTs, Metaverse, and DAO. Out of which, Defis have been here for a brief time, and are here to stay. With Ethereum leading the sector, a number of altcoins have flourished over time. And Ampleforth is one of the finest examples.

Ampleforth is designed to be the base money of the new decentralized economy. It aims to provide a truly non-correlated asset that can be diversified in your portfolio. Are you keen on buying AMPL this dip season? Without any further ado let us dive into the AMPL Price Prediction for 2022 and beyond.

The crypto asset had entered the year 2022, whilst being in a sideways trend and with a price tag of $0.908. Losing the threshold, the price dropped to $0.724 in the very first week. A spike in volumes helped push the price to $1.3 by the 17th of January. As the RSI broke out of the overbought regions, the price took a plunge to $0.73 by the 22nd of January. Which was also supplemented by the market-wide sell-off.

However, the price managed to climb up 71.10% by the 5th of February. But turmoil in the industry resulting from global tensities knocked the price to its support levels of $0.925. After ranging in the bandwidth between $0.925 and $1.098. AMPL broke out of the trend to close the quarter at $0.92.

Following the skittish trends in the market, AMPL has been attempting to establish grounds at $0.924. A bounce back from the negative trends could push the price to a maximum of $1.196. Which would, however, come at the cost of oscillations.

Conversely, a prolonged bear run might clutch the price down to $0.868. That said, an equilibrium in buying and selling pressures will land the price at $1.052.

The strong presence of Ampleforth in finance with its use cases such as lending and borrowing, derivatives and safe asset collateral. Could turn imperative as the market stabilizes. Furthermore, the governance and DAO would be supplemented in AMPL’s projection. It could possibly surge to a maximum of $1.61.

On the flip side, failing to attract investors could slump the price down to $1.178. Constrained by linear price action, the price might restrict itself to $1.36.

Prediction Of AMPL For Q4

The initiatives of the makers such as Wrapped AMPL, and stablecoins amongst others could bear fruitful results for the digital asset. In such a case, the price might chug up to its potential high of $2.157.

Howbeit, if the project does not stand true to its expectations and encounters negative criticism. The price might slip down to $1.573. Considering the bullish and bearish targets, the regular price might land at $1.869.

The Ampleforth protocol might rise significantly if it concentrates on boosting user preference. In such a case, the price of AMPL might hit a new ATH of $4.27. However, falling prey to turbulence, the price might hit a low of $1.943.

Price Prediction Of AMPL For 2024

If the team employs developmental and community building initiatives. The results would reflect on the trading value of the altcoin. In such a case, the price might shoot up to $7.79. Conversely, a possible financial crisis or a market-wide crash might knock the price down to $3.905.

If Ampleforth concentrates on increasing the user base and certain partnerships to enhance its platform. Marketers might tend to invest in AMPL as it is a growing DeFi token. Wherefore, the digital currency might chug up to $15.719. In contrast, ebbing hold in the sector, followed by stiffer competition might slash the price down to $7.38.

As per the revised prediction of Wallet Investor. AMPL price is forecasted to hit a maximum price of $1.215 by the end of 2022. While by minimum it would flip to $0.563. The token is expected to trade at an average price of $0.893.

Click here to read our price prediction of DigiByte’s (DGB)!

What is Ampleforth (AMPL)?

Ampleforth is an Ethereum-based token planned to secure stable purchasing power. The algorithm ensures this through a chancy monetary supply. AMPL does not explicitly stabilize its price around $1 like many other stable coins. Instead, Ampleforth’s price mechanism was built on the basis of purchasing power of equilibrium. Varying token supply issues stability based on the demand for AMPL tokens.

In the event that the price rises above a specified range, the system shifts to re-adjust itself. This occurs by issuing more tokens and if the price sinks below that range the supply will lessen. Regardless of the circulating supply, these changes ensure that AMPL token value remains the same. The dynamics ensure constant proportion since all wallets fluctuate by the same ratio. 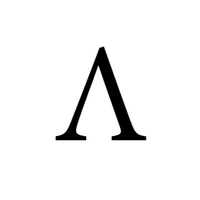 Ampleforth was the brainchild of Evan Kuo, a former product manager, and serial entrepreneur. The founder completed his graduation with a bachelor of science (BS) in mechatronics, robotics, and automation engineering from UC Berkeley.

Furthermore, Evan Kuo was passionate about arts and maths and accumulated a piece of knowledge in developing predictive auction products. He also handled the role of CEO at Pythagoras Pizza. And currently serves as CEO at the Ampleforth foundation.

As per Coinpedia’s formulated Ampleforth Price Prediction. It might absorb more users and investors as it focuses on certain collaborations and developments. For the enhancement of its platform and AMPL might grow as a leading DeFi token. By the end of 2022, Ampleforth might hit a maximum of $2.157. In contrast, it could face south towards $1.573.

Ampleforth made existence in the crypto market on 28th June by trading at $1.93. The price started to decline as it entered the market. AMPL dropped to $1.26 by early July and continued to decline further as the new competitors entered the space.

Ampleforth had suffered massive variations as bears held into pulling the prices down. AMP traded between $0.33 and $0.76 until November with certain variations. Later,  Ampleforth steadily started to grow and reached $1.03 by the end of November. With certain price swings, AMPL managed to trade at $1.00 by the end of December 2019.

Ampleforth continued to trade at $0.97 during the start of 2021. Managing the uptrend, the asset’s price surged up to $1.65 by the 5th of February with 60% gains. Although the market was bullish in Q1, bears haunted the rally and the price ended up trading at $0.87 until April. AMPL’s price was gradually recovering and the market crash hit the price action hard in May. Owing to the Chinese blanket ban on Cryptos, the altcoin had fallen to an all-time low of $0.4834 on May 22nd.

As bulls re-entered the space, the altcoin experienced significant growth of 400%. By the end of July AMPL managed to claim the $2 mark but faced a quick rejection. Until October the asset hovered around $1, the bulls then glorified the rally, skyrocketing the price up to $2.1125. As the bear market started in December the altcoin ended up trading at $0.7279.

A: It is an Ethereum-based token designed to maintain stable purchasing power.

A: Yes, AMPL is an ERC-20 token working on the Ethereum Blockchain.

Q: Is AMPL worth buying?

A: Yes, AMPL is worth buying as it might be a profitable investment in the long term.

Q: Can Ampleforth be mined?

A: Yes, Ampleforth can be mined liquidly as the Ampleforth community introduced the AMPL geyser for the AMPL token.