After a couple of bloodbaths in the current month, the recent one could be having huge impact for a long time

Bitcoin price, in the past couple of days, was following an uptrend and appeared to be well in place to reach the threshold at $47,000. It appeared that BTC price was taking a huge step ahead and consolidating for some time before the next leg up. And hence by following this pattern, the asset would have successfully smashed $47,000 by this weekend. But with the rounds of China imposing a ‘BAN’ on Cryptos, it appears to be very unlikely.

It was first reported by Bloomberg that China imposes a ‘BAN’ on cryptocurrency trading. But interestingly, they missed providing substantial evidence like the authentic notice from the government or any press release. The piece of writing just mentioned the news and as a piece of evidence linking the PBOC official website which has no information related to banning either.

So there is a huge possibility of a FUD being planted to create chaos in the crypto space so that strong hands accumulate more. These reports of China restricting some activities is pretty old and hence the crypto space has already reacted with notable plunges.

The current trading month witnessed multiple bitcoin plunges with a pretty huge margin. The interesting thing is each time it dipped, the source code was from China. Many believe the previous plunges on Sept 3 and Sept 15 are co-related to the recent crash. Moreover, according to some reports, the news of the ban is an old one which gained mainstream attention today.

According to Molly, the same news without much clarity was been circulated well before on Sept 15 on the social media platforms. Well, the analyst had mentioned it on Sept 12 too. But many believed it to be a rumour and the regulation FUD may not impact the crypto market. Yet the recovering crypto space was yet again pulled back but could not cement it to the bottoms.

Alert! Bitcoin.org Hacked by Scammers! Will BTC Price be Affected? 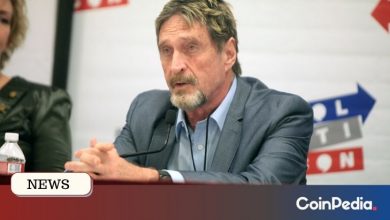