The crypto verse has been generous for newer innovations, as the interst of marketers diverses from mainstream projects. As a result of which, a range of crypto projects have arrived in the market with groundbreaking technologies. One among such projects, which has become the first public blockchain to implement sharding on its mainnet, was Zilliqa.

Zilliqa is a cryptocurrency project designed to scale securely in a permissionless and open distributed network. It serves as an alternative and scalable solution for decentralized applications. The network has taken the business by storm, with its metaverse – Metapolis. Which has helped the price raise bars at an astounding rate.

Wherefore, investors and traders are keen on investments in zilliqa 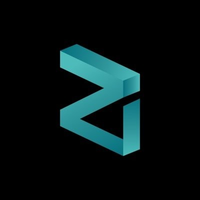 . Are you keen on investing in ZIL, but doubtful of its returns? Look no further, as we decode the plausible ZIL price prediction for 2022 and the years to come.

ZIL had initiated its business for 2022, with its trading value of $0.0748. Following a crash in the market, the price found support at $0.04586 on the 23rd of January. The price was seen moving sideways until the 4th of February. From when the asset gathered steam to claim $0.0580. However, the leg-up was short-lived as torments in the industry pushed the numbers to a narrow bandwidth.

Post the bullish 374% price hike by the 2nd of April, Zilliqa picked up suit of the broader industry. The altcoin dipped over 86% until the 18th of June, amidst soaring volatility in the crypto business. Thereafter, a leg-up helped ZIL close its trade for the second quarter at $0.039. ZIL’s price has traversed in a narrow range in Q3, with the local top being at $0.05013.

If Zilliqa seeks impetus from ascending volumes, smart contract transactions, burn rate, and updates around the Metapolis. The price of the altcoin could push the digital asset to a new high of $0.03454.

That said, negative sentiments, a fall in volumes, could drag the price to its potential low at $0.02918. Collectively, considering the bullish and bearish cases, the average price could remain at $0.03184.

Zilliqa is all set to accelerate in the gaming ecosystem, which it aims through partnerships with prominent names. Growing userbase, collaborations and adoptions could act as a catalyst in propelling the price to a maximum value of $0.04811.

Whilst growing competition in and negative criticism can push the price to $0.03310. A constant move in buying and selling pressures could settle the price at regular levels of $0.04060.

The network would find growing count of adopters and users in 2023. Moreover the metaverse could also welcome major investors. As a result of which, ZIL price could trade at a maximum level of $0.08440. On the flip side, bears weighing heavier than the bulls could drag the price to $0.04436. That being said, deprived of fulfilling initiatives, the altcoin could change hands at a regular price of $0.06375.

If the crew behind Zilliqa roll up their sleeves to make the most out of thee year, with upgrades, resolutions, and community-driving events. In the midst of Bitcoin’s halving event. It could be part of a possible bull run, which could propel the price of ZIL to $0.14320.

Contrarily, the rise of bigger names in the metaverse could open up stiffer competition. Failure in establishing its reign could slump the price to the bottom of $0.07501. Successively, considering the average trajectory of ZIl over the past, the altcoin could manifest an average price of $0.10942.

In the next 3 years, Zilliqa is anticipated to be ranked among the top 35 currencies. The price may intensify, if the bulls acquire the market and push the prices up. ZIL might also concentrate on enhancing the protocol and the platform. By the end of 2025, the highest ZIL’s price could hit is a maximum of $0.23142. The average and minimum possibilities is at $0.17699 and $0.12506, respectively.

The prediction website hosts the Zilliqa price prediction for both the short term and the long term. The firm expects the altcoin to soar to a maximum of $0.038 by the annual closure of the ongoing year. Whilst a reversal in trends is expected to haul the price down to $0.035. A balance in trade activities is anticipated to land the digital asset at $0.036.

Click here to read our price prediction on Decentraland’s MANA!

What Is Zilliqa (ZIL)?

Zilliqa is a permissionless, public blockchain built to facilitate high throughput with the capability to confirm over thousands of transactions per second. It attempts to resolve the glitches associated with blockchain scalability and transaction speed by employing sharding as a second-layer scaling solution.

The main aim of the network is to offer a secure and scalable blockchain platform for traders and developers who wish to build professional DeFi applications. The Zilliqa platform has its own native token ZIL, which is used to strengthen, secure and enable faster transactions. While also allowing the execution of smart contracts on the platform.

Zilliqa is a permissionless public blockchain designed for high throughput, with the ability to confirm thousands of transactions per second. Zilliqa was founded by Prateek Saxena, Amrit Kumar, and Max Kantelia. While the official development of the platform started in June 2017 and the testnet went live in March 2018,   Zilliqa is a smart contract platform that enables innovators to build a new digital economy. It is the first public blockchain to implement the concept of sharding. It offers a more scalable and secure blockchain infrastructure. And is a permissionless blockchain sketched to offer high throughput with the eligibility to process and complete thousands of transactions per second.   It attempts to resolve the glitches associated with blockchain scalability and transaction speed by employing sharding as a second-layer scaling solution. The Zilliqa platform has its own native token, ZIL, which is used to strengthen, secure, and enable faster transactions. while also allowing the execution of smart contracts on the platform.

Zilliqa is a smart contract platform that authorizes innovators to build a new digital economy. It is the first public blockchain to implement the concept of sharding. It offers a more scalable and secure blockchain infrastructure. And is a permissionless blockchain sketched to offer high throughput with the eligibility to process and complete thousands of transactions per second.

Founded by Prateek Saxena, Amrit Kumar, and Max Kantelia, the blockchain is the home to many dApps and allows staking and yield farming. The official development of the platform started in June 2017, further testnet went live in 2018 March.

The platform was born at the National University of Singapore. The unique practice of the blockchain enables it to scale in a linear manner. The blossoming ecosystem consists of 60 project teams from over 20 countries.

ZIL intends to offer more scalability and security, the coin may soar and hit new highs. The coin might gain more momentum if it works effectively on certain collaborations with other projects. That said, by the end of 2022, ZIL may hit as high as $0.048. In the interim the minimum and average targets for the year would be at $0.033 and $0.040 respectively.

To read our price prediction of Tron’s TRX click here!

Can Zilliqa be mined?

No, Zilliqa cannot be mined?

Sharding is a scaling solution that splits the transaction validating nodes in the blockchain, into tiny components.

Is Zilliqa a good investment?

Yes, Zilliqa is worth buying for the long term. Considering the protocol’s move towards its metaverse, the price will eventually compound on gains.

Where to buy Zilliqa?

Zilliqa’s ZIL is available for trade across leading cryptocurrency exchange platforms such as Binance, OKEx, HitBTC, Upbit, and many more.