Blockchain is bringing decentralization to almost all industries across the globe. Whether it is business or Health, Defi is becoming more and more relevant in every sector with each passing day. The XDC Network (XDC) is one such platform that portrays itself as a Blockchain for businesses.

XinFin Network or XDC Network is becoming more prevalent as a Hybrid Blockchain, contributing to the sustainable development of the business and financial industries. It brings together the advantages of both public and private blockchains. Considering XDC as your next portfolio addition but unsure of its future? Worry not, as this XDC price prediction will jot down all the plausible targets for 2022 and beyond!

The XDC Network is an EVM-compatible Layer 1 protocol that enables the easy adoption of Layer 2 coins through Origin. Origin is a no-code tokenization decentralized app for common users. Moreover, the platform also offers several additional user-friendly integrated tools. The price could close the quarterly trade for Q4, with a potential high of $0.04135.

Contrarily, a loss of confidence among the traders could cause the value to decrease to $0.02918. The price will progressively increase to $0.03585 with linear price propulsion.

The XinFin Network offers a better way for increasing efficiency, eliminate intermediaries, and increase network integrity. Also, its smart contracts enable both buyers and vendors to reap benefits. With its solid fundamentals, it can dominate the Defi business industry. In such a scenario, the price of XDC might reach a high of $0.07159 by the end of 2023.

Failing to stand true to its expectations, can result in criticism. In such a case, the price could fall to $0.03664. The lack of fulfilling efforts could lead to the price finding support at $0.05333.

The network delivers scalable infrastructure for organizations, with compatible smart contracts, featuring over 2,000 payments every second. All this is backed by Ethereum Virtual Machine compatibility. Furthermore, the coin is anticipated to thrive if the community focuses on developing its potential audience and upgrading its platform. As a result, the cost might rise as high as $0.11577.

In contrast, if the altcoin fails to satisfy customers and traders, the price may fall below $0.06059. As a result of a balance in trade practices might end the year at $0.08887.

The network price may find momentum from increasing adoptions and upgrades. That being said, the price might close the yearly trade for 2025 with a potential high of $0.18527. Conversely, a potential financial breakdown or a global market collapse might cause the price to fall to $0.09856. However, considering the bullish and bearish targets, the average price may find its base at $0.14056.

Our experts’ price prediction for XDC Network indicates that the coin has strong fundamentals and a dedicated team behind it. So as long as bulls outpace bears, the coin’s price can increase to a maximum of $0.042 by the end of2022. On the flip side, the coin might graze the bottoms at about $0.03 if it fails to build its user base.

Click here to read our price prediction of Algorand (ALGO).

What Is XDC Network (XDC)?

XDC Network (formerly known as the XinFin Network) is an enterprise-grade, EVM-compatible blockchain with interoperable smart contracts for businesses. The XDC Network has a highly optimized ecosystem and custom fork of ethereum

. As it builds consensus through a dPoS mechanism, enabling two-second transaction times, almost no gas fees, and more than 2,000 TPS.

The Singapore-based XDC Network asserts that its technology combines the speed and security of private networks with the transparency of the public blockchain. Businesses and enterprises have access to the public state that is shared by all users as well as the ability to host private subnetworks.

Its website states that essential, non-confidential data can travel securely over the network using the public network. The private state prevents other platform users from accessing sensitive information such as financial or other sensitive data. 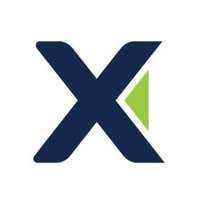 Ritesh Kakkad and Atul Khekade launched the XDC Network in 2019. With years of expertise in the cloud computing industry, Kakkad was a seasoned computer entrepreneur. The XDC Network was originally designed to be enterprise-ready, it is also an efficient network alternative to Ethereum for everyone. The platform hosts an EVM-compatible Layer 1 protocol that enables the easy deployment of Layer 2 tokens via Origin.

Furthermore, Origin is a no-code tokenization dApp and a range of additional user-friendly integrated tools. The network is powered by the XDC coin, which can even be deployed as a trading and settlement layer. This layer can then be accessed by financial organizations to authorize transactions. Moreover, the platform’s interoperability with ISO 20022, an evolving global norm for financial communications, makes it much more attractive to users.

Here are some core features of the XDC

By bringing together buyers, suppliers, financiers, trade unions, and governmental organizations like banks on a p2p network, XinFin Network has made significant progress. Although the coin has some formidable competitors like Retrieve, moving image, and SAVEINSTA. Which makes it vital to highlight its advantages and disadvantages. So let’s dive right into it before concluding this XDC price prediction.

To read our price prediction of XRP click here!

What will the minimum and maximum price of XDC be by the end of 2023?

What number of XDC Network coins are there?

Although the coin hasn’t done too terribly this year, it’s been a bearish year for the token. However, it can be considered a good long-term addition to your portfolio.

Is Ethereum and XinFin Network compatible?

Yes, it is simple to port any smart contract created using the Ethereum protocol to the XinFin Network.