Staking is still a relatively new phenomenon in the world of virtual currencies. And also many individuals are still not familiar with its advantages. While blockchains like Ethereum have their importance in the industry, the need for faster alternatives continues to exist. For instance, ETH cannot be moved/traded or used as collateral or users can merely stake multiples of 32 ETH.

Lido DAO was meant to fill this gap to create greater opportunities for people. For Ethereum, Lido is a liquid staking alternative. It enables consumers to stake their ETH while engaging in on-chain operations. Such as lending, to maximize the return without requiring any minimum funds or facility maintenance.

Are you keen on investing in this cutting-edge technology but unsure of its underlying principles and the LDO price predictions? Take heart! As this write-up hosts the plausible price targets for 2022 and the years to come!

LDO is yet another coin that has also faced south in 2022. It had fallen below $2 before the month’s end, settling at $1.97, by late January. On February 8th, there was some improvement to $2.31. But when the Russia-Ukraine war broke out, it fell to $1.35 before rising again to complete the month at $1.96.

The situation improved in March, hitting a peak of $4.02 on March 29th and a bottom of $3.60 by the end of the month. In April, there was a brief increase to $4.94 on April 4th. With an intermediate high of $3.51 on May 9th, things started looking good but quickly turned worse.

The Lido DAO team considers ways to avoid protocol takeover and to enhance their governance procedure day after day. It will allow Lido DAO to solidify its governance operation and mitigate against protocol damage. This could boost network accountability peaking its highest price at $1.847.

While a possible change in market trend could reduce the cost to $1.336. Nevertheless, a linear increase in prices might result in an average price of $1.612.

LDO powers the decentralized governance and decision call on Lido’s platform. This helps keep the community at its heart. That being said, a possible increase in user base could land its maximum price at $2.247.

On the other hand, unfavourable reviews and the platform not living up to expectations would drop the cost to $1.681. The average price may end up at $1.916 when the bullish and bearish targets are taken into account.

The Lido protocol aims to provide users with the ability to stake throughout many blockchains. The firm aims to uplift the staking economy which will boost its foothold in the industry. If that materializes, the token might burst the bubble to peak at $3.877.

The inability to implement any of the updates would cause the price to fall to $2.040 by the end of 2023. Successively, an equilibrium in buying and selling pressures could land the regular price at $2.228.

The Ethereum ecosystem is switching to the PoS-based protocol known as ETH 2.0. As a result, the network can see increased speed and decreased trading costs. This will entice a wider audience to invest in the platform and enjoy daily staking rewards. On an optimistic note, the price of LDO could propel to a maximum of $5.857.

However, brisk competition and new rivals might drive the cost down to $3.206, its lowest point. However, given the lack of catalysts and the constraints of straight price velocity, the virtual asset may conclude at $4.483.

Lido stands out in the market because it allows users to get staking benefits without having to handle staking infrastructure. With all the upcoming integrations and updates coming in it will create a broad spectrum of opportunities for stakers. That being said, its price might rise beyond $9.203 by the end of 2025.

That said, concerns around regulatory compliance might push LDO to its threshold at $5.286. By the conclusion of 2025, the coin would trade at $7.123 on average buying and selling demands.

According to the prediction website, the price of LDO could propel to a maximum of $4.05 by the end of 2022. Whilst a reversal in trends could knock the price down to $3.57. An equilibrium in trade practices could settle the altcoin at $3.71. The analysts from the firm have pinned the maximum closing target for 2025 at $13.46.

As per the Lido DAO price prediction by Wallet Investor. The price of LDO could surge to a maximum of $3.328 by the annual closure of 2022. The prediction firm has set the pricier targets for 2023 at $2.887.

The analysis firm expects LDO’s price to catapult to its potential high of $2.10 by the annual closure of 2022. The expert panel from Digital Coin Price has set the minimum and average targets for the year at $1.81 and $1.95 respectively. Successively, the maximum closing targets for 2023 and 2025 are pinned at $2.39 and $3.16.

For Ethereum, Lido is a liquid staking alternative. Lido lets people stake their ETH while engaging in on-chain operations. Such as lending, to generate profits without requiring any minimum deposits or infrastructure maintenance.

The Lido Coin DAO is a Decentralized Autonomous Organization that oversees the liquid staking protocol by establishing important criteria. Such as determining fees, designating node operators and oracles, etc.. This is done by using the electoral power of governance token (DPG) owners.

Additionally, the DAO gathers processing fees and uses them for protocol updates, analysis, and insurance. By creating BLS threshold signatures, early DAO participants will participate in the Ethereum 2.0 threshold signing. 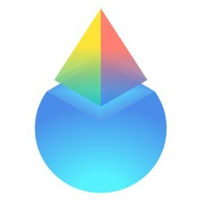 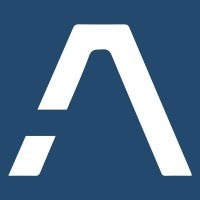 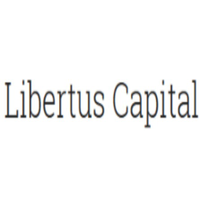 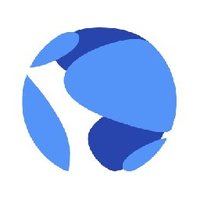 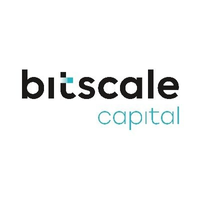 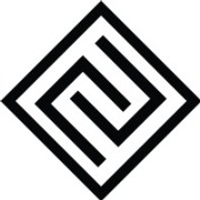 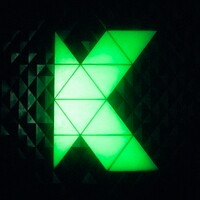 Followers : 0 View profile are some of the participants of the Lido DAO. Key angel investors like stani kulechov 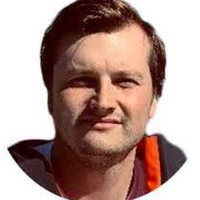 stani kulechov founder at LensProtocol, Aave   Stani Kulechov is a Finnish programmer, entrepreneur, CEO, and co-founder of the Aava protocol (ETHLend). He is well-versed in the crypto blockchain and financial industries. According to the study, ETHLend was a shared computerized resource loaning and acquiring platform, as well as one of the key Decentralized platforms. It was renamed in 2018 and its focus shifted away from lending and toward Ethereum.   He established a decentralized money market that had a high-yielding year in 2021 because it introduced the liquidity mining program in April 2021, which helped propel Aave beyond its rival Compound in total value locked, securing Aave's place as the leading loaning platform.   He became a partner at Variant Fund within a month and has since been mentioned as a consultant and financial investor in several new Web3 startups. He enjoyed a fantastic year as Aave's hypeman-in-chief, boosting the company's funding portfolio. He continued to scale Aave's market throughout 2021, despite being built on Ethereum, and was deployed on a variety of Blockchains, including Avalanche, polygon, Uniswap, Gelato Network, and Balancer Labs.   In addition, he intends to release a mobile wallet in 2022. The creation of mobile wallets is part of a bigger goal to promote lending protocols like SushiSwap and curve finance. He expects Aave to begin by using Uniswap v3 liquidity-pool NFTs as collateral. Furthermore, its 2022 strategy calls for gas-free voting and more inclusive governance. EntrepreneurDeveloper/ProgrammerChief Executive Officer

Followers : 0 View profile of , Banteg of Yearn, and Julien Bouteloup of stake capital 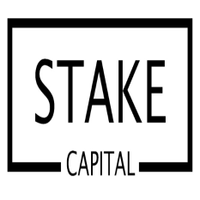 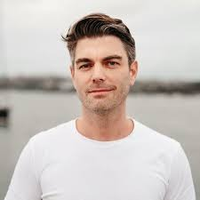 kain warwick founder at Synthetix   Kain Warwick is an Australian bitcoin entrepreneur and investor. He is best known as the founder of Synthetix, a synthetic asset issuance platform based on Ethereum that is widely regarded as a component of the "defi" (Decentralized Finance) experience. It began as Havven, a stable coin project, through an initial coin offering in February 2018, and eventually changed its name to Synthetix. He's also the founder of the "Blueshift" retail payment network.   In 1998, he graduated from Waverley College and moved on to the University of New South Wales (UNSW) Sydney to study Genetics. Following graduation, he worked as the IT chief at Whatcard.com, the Pro Audio Manager at Guitar Center, and the project director at White Labeled in Sydney, Australia. Even though everyone is now investing their emotions and money in public chains such as Binance Smart Chain, Avalanche, and Solana, which are widely regarded as "Ethereum killers," this position may soon change. Putting money into an Ethereum executioner, on the other hand, is a waste of resources in his opinion.   His expectation for this year is that Synthetix will create a fully on-chain composable perpetual futures market with a top-tier users experience and unrivaled liquidity on the high-performance Optimistic Ethereum manner, and he encouraged everyone in the Ethereum community to band together and do more for the new layer-2 users. EntrepreneurInvestorBoard MemberAuthor

Followers : 0 View profile of has also partnered with Lido in this venture.

The people and organizations behind the Lido DAO have demonstrated a track record of achievement in the DeFi domain. LDO is a system that allows users to stake their coins while still using them. This procedure is known as liquid staking.

As was already said, Lido Finance’s ultimate product is staking as a service. The funds people stake are stored in a non-custodial manner, and the protocol also provides users with a derivative like stETH (Staked ETH), stSOL (Staked Solana), or bLUNA to give you liquidity (Bonded LUNA). Overall, LDO has a potent future considering it is a strong liquidity solution for ETH.

Lido offers users staked capital a limitless number of use cases. Additionally, as new blockchain nodes are added to the ecosystem, these use cases and compatible apps will grow. That being said, the coin might revolve around a $2.2 price margin in the last quarter of 2022. On the flip side, the growing dominance of bears could suppress the price to $1.6.

Moreover, as per our Lido DAO price prediction, the coin may rise above the $9 price tag in the forthcoming 3 years. The coin is expected to peak at $9.3 price in the year 2025.

Q: Is LDO a good investment?

A: LDO is a worthwhile investment and has solid fundamentals. Keeping the bearish outlook towards the token can form a good part of the portfolio.

Q: Is Lido a secure platform?

A: Lido is a full and secure platform for staking and also trading LDO.

A: According to our Lido DAO price prediction, the altcoin could surge as high as $3.87 by the end of 2023.

A: Lido DAO is available for trade across prominent cryptocurrency exchange platforms such as Binance, BingX, MEXC, Bybit, and CoinTiger.