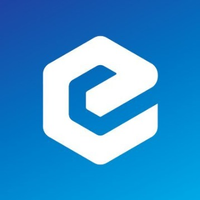 is utilized for transfers all over the world without even a financial institution.

The Bitcoin Cash ABC network, which consists of a group of seasoned professionals, launched in 2017. Is a successor of the Bitcoin cash project that led up to eCash. Besides, eCash (XEC) aims to establish itself as a more widely accepted coin that can be deployed for daily transactions.

Amidst the growing volatility and challenges in the crypto market. Traders and investors are becoming increasingly concerned about the network’s persistent pileups and delays. Are you looking at XEC’s long-term prospects? Do not fret! This eCash price prediction for 2022 and beyond will unfold every possible phase for you.

The cost of XEC can rise significantly if the developers bring in crucial updates to reduce system workload and improve its adaptability. The cost could increase to a maximum of $0.00004890 in this case.

On contrary, if there aren’t any updates, the network may experience saturation. That being said, the cost may fall to at least $0.00003337. Given the linear price trajectory’s restrictions, the average price may end up at $0.00004178.

Ethereum DeFi is enhanced by the eCash network’s support for Ethereum Virtual Machine (EVM compatibility). The consumer of EVM can create financial programs, goods, and services. Furthermore, the POS consensus eliminates the requirement for miners. This will help in the greater utility of the token which shoots up its price at $0.00008563.

However, if the asset continues to be more susceptible to inflation and many other adversities, the cost may end up at $0.00004360. Eventually, a balance between the pressures of buyers and sellers could bring the price to $0.00006480.

The crew behind eCash might employ resolutions to the framework, whilst debugging errors and possible loopholes in the system. Furthermore, community-driving initiatives would catalyze XEC’s price in the thick of Bitcoin’s halving event. Successively, the price of XEC could propel to its potential high of $0.00014197.

Conversely, the lack of bullish volumes resulting from a dearth of interest amongst marketers could knock the price down to $0.00007394. On the contrary, an equilibrium in trade orders could settle XEC at an average price of $0.00010686.

eCash employs the CashFusion protocol, which enables users to preserve the supply cap and retain sender anonymity in comparison to certain other operations. Additionally, due to this, not all chain analysis organizations can trace eCash XEC transactions.

The presence of XEC in Defi may encourage a price gradient northward. It might point to specific partnerships to leverage its resources to Defi. Moreover, its high-end security features may also draw a large number of new customers.

According to Coinpedia’s eCash price forecast, the value of XEC might increase to $0.000048 in 2022. On the other hand, if the network takes longer than expected to collaborate and upgrade the price can flip downwards. By the end of 2022, the price may fall to as low as $0.000033.

Click here to read our price prediction of Solana (SOL)!

What Is eCash (XEC)?

Bitcoin Cash ABC (BCHA), which is a fork of Bitcoin (BTC) and Bitcoin Cash, is now known as ECash (XEC) (BCH). It describes itself to be a “cryptocurrency intended for employment as electronic money.” The sole purpose of ECash is to be a medium of payment for making payments for goods and services.

On July 1st, 2021, the coin underwent a rebranding, and ever since, it has made an effort to stand apart from its ancestor. Bits, the foundational units of eCash, takes the role of Bitcoin Cash ABC’s cumbersome decimal places. When using eCash, you could transfer 10 bits rather than 0.00001000 BTC.

Additionally, XEC is more rapid and affordable than conventional payment options like paypal 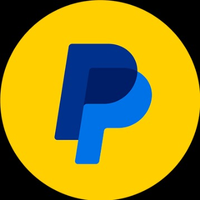 or bank cards. Transactions occur instantly between people instead of via a third party like a bank, making it more confidential and safe.

Amaury Sechet, the main inventor of ECash (XEC), who cloned the Bitcoin Cash (BCH) network to create Bitcoin Cash ABC. Which served as the forerunner to eCash (BCHABC). The eCash mechanism outperforms Bitcoin Cash ABC in terms of efficiency and usability.

Sechet then decided to redesign Bitcoin Cash ABC to create a new corporate image for eCash. Arguing that a decrease in decimal digits will aid in the coin’s implementation. eCash’s (XEC creators) want the coin to enable EVM compliance and to work with Ethereum’s DeFi industry on ETH.

When transmitting payments, eCash can do so without using cumbersome decimal places by deploying a base unit of “bits”. To expedite payment processing, eCash has also included a proof-of-stake consensus layer called “Avalanche.” This layer takes the game to an entirely next level.

To read our price prediction of Status (SNT) click here!

Is eCash Worth Buying?

Yes, as eCash’s future is predicted to be bullish based on our forecast system because of its strong fundamentals and high-end privacy.

Will XEC Price Go Up?

Yes, the eCash can potentially strike new heights in the future if the team comes up with newer upgrades and collaborations.

How high will the eCash price climb by the end of 2022?

Where can I buy eCash?

Currently, eCash is available on the most significant exchanges. Binance, BitFinex, CoinEx, BKEX, Hotbit, Huobi, OKEx, and others are a few of them.