One of the growing trends in the crypto verse is blockchain gaming. The young and promising project that is ruling the gaming sector is Axie Infinity. The platform has its own native token AXS. This protocol came up with stunning functionality, where traders can earn through gaming. And well, It was a huge success!

AXS’s price has increased dramatically since its inception, and boasts an ROI of 12541.88%, despite the numerous falls of the industry. Its exceptional performance and notable revenue have turned heads in the industry. Marketers are still wondering if they should get some AXS before its too late. In this write-up, we illustrate the feasible AXS price predictions 2023 – 2025 and the years to come!

According to the network’s whitepaper, the network is coming up with a series of updates. Such as AXS staking, Land gameplay community alpha, and mainstream release of the application on smartphones.

The NFTs and gaming sector could further flourish in the cryptosphere in 2023. Which would bring impetus to the price action of AXS, that could rocket to its maximum of $11.0269.

However, negative criticism and depleting volumes could land the price at $7.6168. Constrained by linear momentum, the average price might settle at $9.3218.

Learning from Into The Block’s holding distribution. The count of tokens held by addresses has been ranging in linear momentum. Successively, the negligible change makes AXS immune to massive downswings, and also translates to the collective growth of the asset. On a positive note, AXS’s price could compound on gains to claim its potential high of $14.8652 by the end of 2024.

Conversely, a possible economic crisis or regulatory crackdowns, could knock the price down to $9.9435. That said, a balance in every day trade activities could pave the way for an average price tag of $12.4043.

As NFT’s marketplace is going to flourish in upcoming years, with its promising events in line. The future seems to be really positive for Axie infinity and new milestones are anticipated on its way. If the network successfully executes the planned events, then the price may hit $17.9168 by the end of 2025.

On the downside, if the network fails to attract new community bases, and falls prey to rumors. The bears may easily take over. In such a case the AXS price may plunge down to $12.1538. Successively, considering the bullish and bearish targets, the regular price might find its base at $15.0353.

The project seems to be unstoppable with a series of events lined up for launch. According to Coinpedia’s formulated Axie Infinity price prediction. If the network witnesses timely launch of upgrades the price may easily surpass the $11.026 mark this year.

If the network fails to execute its plan, then the price can also dip to $7.616. Considering everyday buy and sell pressure and keeping the above factors in mind the average price could be at $9.321.

What Is Axie Infinity (AXS)?

Axie Infinity is an interesting blockchain game, which aims to bring masses to the crypto space in a fun way. AXS is a play-to-earn token built on the ETH (Ethereum) network, which is used for governance on the platform. This revolutionary concept was developed in the year 2018. By trung nguyen 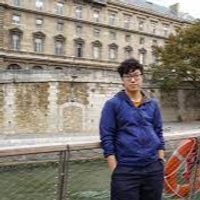 trung nguyen co-founder and ceo at sky mavis, Axie infinity Trung Nguyen is also been referred to as Vietnam's first tech billionaire, and a successful game developer. He is the founder of a start-up technology, Sky Mavis, a blockchain, gamified company, that aims to build and grow to make it one of the biggest virtual worlds of all time, period. Trung believes, as more and more game developers are fascinated with utilizing Blockchain technology to enfranchise their players. He determined this as a massive opportunity to capture the best position with their Ronin side chain, a tool that allows game developers to provide the advantages of blockchain to their players without any confusion.    He was honored by ACM-ICPC World Final Yekaterinburg 2014 award. He graduated from FPT University, earning a bachelor's degree in Computer Software Engineering. At a very young age, he learned coding in grade eight. He first read about Pascal, installed it on his computer, and managed to solve the problems in the book. At that instant, he find it magical to observe how programs work, which nourished his passion for games and technology. He loves writing code and having the computer do what the code says.    Trung Nguyen is extremely experienced, incorporating a deep knowledge of numerous industries and technology including Decentralized Applications, Blockchain, Java, Scala, Software Architectural Design, Systems Programming, and Game Design.    Additionally,  and is the Co-Founder and CEO of Axie Infinity, a Pokemon-inspired universe where anyone can earn Cryptocurrency tokens through skilled gameplay and contributions to the ecosystem. He offers the players to battle, collect, raise, and build a land-based kingdom for their pets via this platform. The Axie Infinity platform is ranked the #1 Ethereum game by daily, weekly, and monthly active users. His capital was above and beyond US$1 billion as the entire capitalization of Axie Infinity's utility token (AXS) achieved US$2.4 billion. Moreover, he is the co-founder and CTO at Lozi, a social network for food bloggers sharing their dining experiences. Later it transformed into an e-commerce platform, the most favorite buying and selling community.    EntrepreneurDeveloper/ProgrammerChief Executive Officer

The unique idea was inspired by popular games like Pokémon and Tamagotchi. The token supports users to collect, breed, raise, battle, and trade token-based creatures known as Axie. This token can take several forms, and there are over 500 Axie body parts. Including aquatic, beast, bird, plant, reptile, and more. Moreover, the parts also come with four different rarities: Common, Rare, Ultra rare, and Legendary.

Each Axie is an NFT with unique features and benefits that will take a turn to compete in 3v3 battles. The winning team earns more experience points that are further utilized to level up their Axie’s scores or transform body parts. These Axie can be combined together to evolve new and different offspring, which can be further sold on the platform’s marketplace. 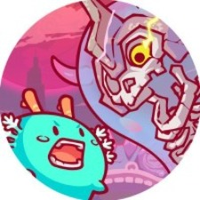 Axie Infinity is a Pokémon-inspired universe where anyone can earn tokens through skilled gameplay and contributions to the ecosystem. Players can battle, collect, raise, and build a land-based kingdom for their pets. All art assets and Axie genetic data can be easily accessed by 3rd parties, allowing community developers to build their own tools and experiences in the Axie Infinity universe. Although it is still in early access, Axie is ranked the #1 Ethereum game by daily, weekly, and monthly active users. It has generated over 6,400 ETH in revenue (2M+ USD) so far.   The aim of the game is to align the incentives of players and developers in new and intriguing ways. The game was released in the year 2018 by developer Sky Mavis. While it is a fun game, it's also taken on characteristics of a social network and jobs platform due to the strong community and play to earn opportunities that have come from its early success. Where players will get rewarded with crypto tokens when their vibrant cartoon monsters win a battle. Players can also trade their monsters on the NFT marketplace using the game's cryptocurrency.   In this game, as a player you can create characters that have the appearance same as monsters in the popular game Pokemon style, As it is inspired by this famous game-Axie's are represented in the form of NFT tokens, thus becoming cryptographic collectibles that you can later improve to put in battles against other Axie's and make some virtual money.

Axie Infinity was launched by Sky Mavis, the Vietnam-based technology-focused game developer organization. The platform has two founders Trung Nguyen and Aleksander Larsen. Trun Nguyen is the present CEO of the network. Nguyen accomplished his graduation with a BS in computer software engineering. And prior to founding the platform, he had accumulated experience of more than a year as a software engineer at .

On the other hand, Aleksander Larsen, another co-founder of Axie Infinity, has gained experience in blockchain gaming since 2017. He had also contributed his service as the executive security officer for the Norwegian government security organization. Apart from these founding members, the network consists of dozens of dedicated individuals.

Axie infinity witnessed a rise in its user base in 2021, surpassing a total of 1 million users. With all these player bases there comes the need for regular updates and revolutionary content. In order to fulfill the same, the network is coming up with many exciting updates. Such as AXS staking, updates on Axie infinity shards, Integration with the iOS/App store, and many more in its bag!

Yes, AXS is a profitable investment if considered for the long term. As we would witness NFTs and blockchain games thriving in the near future.

What can be the maximum trading value of AXS by the end of 2025?

What is the ROI of AXS?

How to buy Axie Infinity’s AXS?

AXS is available for trade across prominent cryptocurrency exchange platforms such as Binance, Huobi Global, FTX, and KuCoin, amongst others.