The year 2021 had been a game-changer for the broader crypto space. And tokens from Defi space had made most of the bull season of the year. One such crypto asset which made virtues with price gains was Aave (AAVE).

With the current year 2022, the market turned out to be very stable. As November began a lot of fluctuations were witnessed in the charts of crypto. Investors are being patient as the market gains back its strength. yet to ignite a bull run, certain sections of marketers are still betting on AAVE.

The fundamental strengths of the protocol such as borrowing, lending, staking, liquidity pools, and flash loans. Still hold significant prominence in the industry, which could help the digital asset munch higher candles.

Are you one of the many, who are considering Aave Price Prediction? Then look no further as this write-up decodes the plausible price forecast for 2022 and beyond! 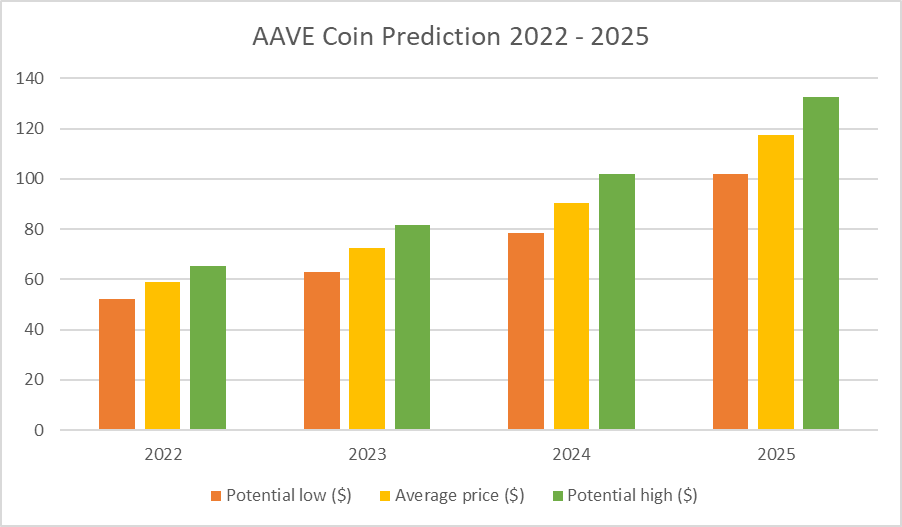 The month of November has been a bad one for investors as there was a huge downfall in the market. The industry lost more than 10% in its valuation. The market is very volatile at this point in time. The bearish trend has taken over the charts and tends to continue.

Based on the chart mentioned above the price fluctuations of Aave tokens starting from the beginning of 2022, the value per coin may go as high as $53.4564

The presence of Aave coin in renowned markets such as Ethereum, Avalanche, and Polygon, amongst others could turn fruitful for the digital asset. Considering the poised upgrades of each chain. The price of AAVE could climb up to its potential high of $65.3105 by the end of the year’s trade.

On the contrary, factors like the prolonged dominance of bears could knock the price to $52.2484. Considering the bullish and bearish targets, the average price could find a base at $58.7794.

If the protocol manages to attract a wider audience, who could increase the traffic of the network? The price of AAVE could chug up to its potential high of $81.6381.

However, an ebbing stance and depleting volumes could slash the price down to the low of $62.9680. That said, an equilibrium in buying and selling pressures could land AAVE at $72.3030.

Price Prediction Of AAVE For 2024

The ecosystem could further thrive if the necessary impetus is given to its hold on dApps, Defis, and DAOs. As these sectors could possibly ignite a bullish run, which has been long due. In such a case, the price of AAVE might hit a maximum of $102.0476.

On the downside, emerging rivals and depleting stance of the network could sink the price to a minimum of $78.3726. Constrained by the linear momentum, the average price could settle at $90.2101.

As the crypto industry continues to evolve in the future, it may experience growth in the adoption curve and face regulatory restrictions at the same time. However, if it manages to resist the challenges and continues to rise, then AAVE’s price would hit a maximum of $132.6619 by the end of 2025.

However, the asset would plummet to a bottom of $101.8843 if bears predominate the space. Successively, factoring in the bullish and bearish targets the average price could be at $117.2731.

As per the formulated price prediction of Coinpedia’s expert panel. If the protocol comes across bullish events such as major collaborations and adoptions. The price of the altcoin could soar to a maximum of $65.3105 by the end of the year.

In contrast, possible turbulence resulting from a financial crisis or regulatory clampdowns could clutch the price down to $52.2484. This gives us an average trading price of $58.794.

AAVE is an open-source decentralized and non-custodial liquidity token that thrives to facilitate users to lend and borrow cryptocurrencies. Lenders can earn a substantial interest in depositing assets into specifically established liquidity pools. However, Borrowers can subsequently avail of crypto as collateral to acquire a flash loan through this liquidity.

The AAVE protocol is open-source and enables interaction with a user interface client. Or establishing communication with the smart contracts on the Ethereum blockchain. However, the interaction cost relies on the transaction’s intricacy and network status. Another fascinating feature of the platform is Flash loans. This allows traders to buy any convenient amount of assets without putting up any collateral.

The AAVE platform has its own native governance token AAVE. The token could be utilized to vote and determine the product of Aave Improvement Proposals(AIPs) and further upgrades. In addition, AAVE could be staked to earn rewards and fees from the protocol. It can be staked within the protocol Safety Module to facilitate security or insurance to the lenders. 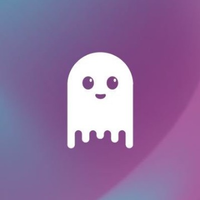 Aave is one of the best liquidity protocols, a decentralized non-custodial liquidity market protocol, where consumers can take part as depositors, that is trusted by numerous communities enabling borrowing assets, building applications, and earning interest. The platform treasury focuses on ecosystem growth and acquires benefits through transactions, liquidations, and staking. The platform was first deployed in the Ethereum space, the largest market on the Aave protocol through liquidity, and incorporates limited assets, in January 2020. Faster transactions and low costs make cooperating with Aave on Polygon perfect for extreme volume transactions.    Aave is governed by the community, a fully decentralized, community-governed platform incorporating millions of token holders. Aave protocol's community submitted Aave Grants DAO, a community-led permits program to fund ideas to empower a larger ecosystem of community developers. The platform is audited by the globe's leading security organizations, with the highest priority of security of the Aave Protocol. Aave Risk DAO, a community executes association to mitigate every protocol problem, market monitoring, and protocol evolution.

AAVE was previously known as ETHLend and was launched in November 2017 by Stani Kulechov. However, the rebranding of the platform was done a year later in September 2018. DeFi was not so popular at the time of AAVE’s launch. Realizing the scarcity of lending platforms on the ETH blockchain, the founder came up with this project.

The founder of the platform accumulated a vast knowledge of programming when he was young. He was an early entrant to the blockchain space. In order to make capable of AAVE enabling a broad range of services, he rebranded ETHLend to AAVE. The central goal of the platform is to target the audience who are already occupied in the cryptocurrency space.

Furthermore, the Initial Coin Offering (ICO) was completed in November 2017 where it managed to raise $16.2 million in funds. Whilst in September 2018, the platform was rebranded from ETHLend to AAVE. The mainnet launch was completed in January 2020.

Though Initial Coin Offering (ICO) was done in November 2017, the protocol went live on the main net in January 2020. Interestingly, starting from the initial days, AAVE price has thrived to exhibit a sort of volatility.

However, with certain fluctuations, the asset plummeted to the bottom support from $42 to $28 by the year’s end.

In the first two months, the asset underwent two supercycles where it surged by over 500%. However, until April the asset traversed within a narrow range-bound scale between $300 to $500. After clinching an ATH of $666.86 on 5th May, the asset woefully fell prey to a Chinese financial crisis.

With continued bearish dominance the AAVE price tumbled to the bottom support of $180.86 by late June. The second bull session of the asset was triggered in July. With consecutive supercycles, the asset managed to hit an upper resistance of $415 in August.

Is Aave (AAVE) a good investment?

Considering the fundamentals of the protocol, AAVE is a profitable investment, if considered for the long term.

Where can I buy AAVE?

What is the circulation count of AAVE?

What will the maximum price of AAVE be by the end of 2022?