Cryptocurrencies are gaining traction in prominence with each passing day. And the yearn to learn the forecasts of digital asset’s has been soaring to greater heights. One crypto asset, which has been under due consideration of marketers, since the start of the year is XRP. This comes following the constructive developments in Ripple’s lawsuit with the SEC.

Leaving that aside, Ripple has been spreading its wings in terms of global cross-border payments, CBDCs, and now NFTs. Which justifies the quest for long-term price predictions. Join in with us, in our odyssey, as we decode the possible price projections of XRP, for 2022 and beyond.

XRP had commenced the new year on a bearish note, as there was a vast build-up of selling pressures. XRP ranged between $0.84-$0.85 in the month of January. By the mid of February, the coin almost lost 12% in trading value. The downtrend further aggravated amidst tensions of war, which slumped the price to $0.7. Thereafter, a gradual ascend closed the quarter at $0.7807

. XRP’s price has had a coarse trajectory since the start of the second quarter. The altcoin has suffered a steep fall to $0.38 levels from the quarter’s peak of $0.844.

As seen on the daily time frame, a bearish flag is evident on the charts. XRP is currently sticking closer to its support levels at $0.414. A break below the pattern will land the altcoin around $0.28. Following this a bounce back will push the price above $0.414 to $0.45.

Failing to sustain this, the price could drop to $0.414. Igniting a run from which could close the month at $0.4863. Which would come at the cost of oscillations.

The Ripple SEC case is expected to fetch an outcome by September this year. Resulting which we can expect most of the exchanges to relist the cryptocurrency. In such a case, we can expect the price to propel to its potential high of $0.6302. On the contrary, the price of the altcoin could settle at its potential low of $0.4658. That said, a balance in buying and selling pressures could land the price at $0.5545.

Prediction Of Ripple For Q4

If the price of XRP picks up momentum from the third quarter on a bullish note. It could possibly close its annual trade at its peak of $0.7867, which would follow after a series of oscillations. On the contrary, if the lawsuit finds another delay or motions, the price could close its trade at $0.5911. That said, usual buying and selling pressures would land the price at average levels of $0.6824.

By the end of 2023, if the series of events occur as predicted. Then the possibility of the price hitting a new milestone is high. Moreover, the price could successfully form new highs and range towards its annual closing target of $1.3512.

Else if the lawsuit has no impact, the normal buying and selling pressures would restrict the price below $1.015. Conversely, if the SEC further pushes the lawsuit or a decision comes against XRP. Then the altcoin would end up trading at $0.7527.

Prediction Of Ripple For 2024

Factors like global recognition and growing adoption could propel the XRP price to greater heights. Materializing which the altcoin could propel to its annual high of $2.404. In contrast, prolonged dominance of bears and ebbing volumes could drag the price down to $1.283.

Ripple is expected to work with more European and Latin American banks. Who will further promote both XRP and Ripple’s payment technology. Such advances could lead to significant price changes of XRP. This can further draw investors and cause the XRP price to march towards the target of $4.189.

However, if Ripple manages to carry over the persisting investors by maintaining a steady network. And tops as a cheap exchange medium, then by the end of the next five years. The price may be seen at an average figure of $3.298.

Click here to read our in-depth price forecast for Polkadot for 2022 and the years to come!

What is the XRP Token?

XRP is a cryptocurrency, which following its launch in 2012. Is serving both its payment network Ripple Net, and as its native asset. At launch 100 B XRP tokens were pre-mined and distributed to individuals and companies.

The digital asset is designed to move transactions to open infrastructure from central databases. Which are controlled by financial institutions, this is done while ensuring minimal costs. The transactions are instant, affordable, and trustless, which gives it a trump card for cross-border payments. Which has been Ripple’s core strength.

The digital currency is tradable for almost any fiat currency or other digital assets. The XRP token is here to serve a purpose and that is, to facilitate money transfer between any two currencies that takes time and money!

XRP owes to resolve several issues faced when using bitcoin like low speed and huge transaction fees. The transaction speed of ripple is only around 4 seconds and can handle around 1,500 transactions per second hassle-free.

Thus, XRP is a currency that runs on RippleNet, which is on top of the XRP Ledger. The XRP Ledger is open source and is based on distributed ledger technology.

Since mining involves electric units, this has led to greater energy exploitation. Thus, Ripple goes the eco-friendly way and is sustainable. XRP has been showing rapid progress throughout its lifetime, and its price has seen a substantial improvement. That said, despite all the odds against Ripple, the altcoin’s price has been sustaining the side winds.

The institutional support and partnerships will have a positive impact on Ripple along with its price perspective. According to Coinpedia’s formulated XRP Price Prediction, with such positive market sentiments. XRP price may get a huge boost and it may hit a maximum of $0.78 by the end of 2022.

On the downside, the Lawsuit may drive a negative impact on the traders. If the case sees another extension to the next year. If this happens, Ripple will lose a huge sector of its investors and the price might drop to $0.6.

To learn about the price projection of Solana for 2022 and the next five years click here!

The coin entered the market at a cost of $0.0058, the price for many years kept the same. In March-April 2017, the first price jump occurred. The coin soared to $0.03 within a few months. The growth was rapidly followed by a further market pump in May to $0.2.

The explanation for such a quick uptake was the news that Ripple’s network joined Bank of Tokyo-Mitsubishi. The Bank of Tokyo is the third-largest bank in the entire world.

The XRP price, with some pumps here and there, fluctuated between $0.18 and $0.3 throughout 2017. The new XRP ‘rally’ began with BTC‘s growth in December 2017. Bitcoin and the cryptocurrency market witnessed a positive trend with huge price growth at that period.

As a result of the previous year’s development, the crypto-currency hit $1 per coin and over $3 in January 2018. In February, the coin fell to $0.07 and re-pumped to $1 per XRP. The currency kept its price position for one month and then continued to decline. It got to $0.5 again in April due to Bitcoin which managed to overcome the $8000 mark. The coin then began to decline steadily and hit $0.26.

In September, Ripple announced the release of xRapid, a forum for payment services and financial institutions. XRP quotes began to climb in the midst of the announcement. And the asset even managed to briefly shift Ethereum from the second position on the CoinMarketCap, showing more than 100% growth.

The price remained almost constant throughout the year with considerable and smaller spikes. The price was still at $0.28 for the first few months of 2019. Then it saw a steady increase to $0.3. It further plunged to a greater extent and closed at $0.19 on December 31st, 2019.

The XRP price which began trading around $0.23, spiked above $0.3 for a short duration and plunged back below $2. The price traded within $2 till the end of November, owing to lower volumes. By the start of December, the volumes soared like never before that rallied the price to $0.6. But woefully plunged back to $0.2 to close the yearly trade.

The price of XRP skyrocketed in 2021, despite the legal battle between the SEC and Ripple. Although, there has been some good news to XRP HODLers as there were instances of the case against Ripple being weak.

It was in February when the price jumped from $0.2 to more than $0.5. The digital asset traded above $0.4 until a huge spike took the price to $1 in April. Post which, the price brushed the yearly highs at $1.9.  The price returned to the lows of $0.77 due to the market crash on May 19th. The downtrend continued until July when the price was trading slightly above $0.60.

The announcement of the ODL payment corridor in Japan by Ripple on the 28th of July. This resulted in a massive price rally to $1.2165 on the 21st of August. The price remained stagnant at similar levels until Mid-September. Which was lowered below $1, following a market crash and the ongoing lawsuit. The generation of higher lows led to its annual closing trade value of $0.9292.

Q: Can one mine XRP?

A: No, XRP cannot be mined as the individuals who can generate XRP are the ones who can release them.

A: XRP is available for trade across prominent cryptocurrency exchange platforms such as Binance, Okex, CoinTiger, and ByBit, amongst others.

A: XRP might possibly reach $0.7867 if it gets a clearance from the SEC’s lawsuit.

A: The price of XRP could probably reach the maximum trade value of $4.189 by the next five years.

A: Yes, XRP is surely a good buy for long-term traders at prices below $1. As a win in the lawsuit will bring immense value to the crypto asset. 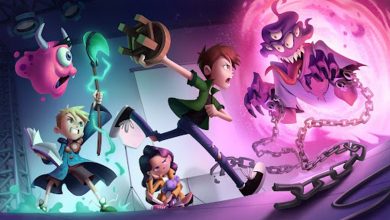