Gemini has been granted a license to operate as a Virtual Asset Service Provider by the Central Bank of Ireland, the regulatory authority for the financial services sector in Ireland. gemini 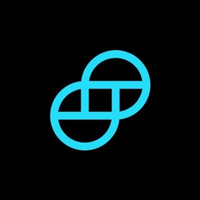 will now be able to provide its services to digital assets business customers. The Irish Companies Registration Office has said that the cryptocurrency exchange owned by the Winklevoss twins is the first business of its sort to register in Ireland.

Gemini is predicated on the idea that one should seek authorization rather than forgiveness. Since its inception, Gemini has worked with governing bodies from around the world to enact consumer-friendly legislation and support innovation. They believe that it gives them great pleasure to provide their commodities and services to customers not only in Ireland but also across Europe. In a press release, Gemini said that European and British investors can utilize the exchange and custody services to buy, trade, and stock over a hundred different cryptocurrencies using Euros and Pounds.

It is reported that the Irish branch of Gemini, which is in Dublin, is growing to serve as a central regulated hub from which the firm may conduct a large number of its operations within the European Union. These activities might take place anywhere in the EU. When Exchange began operations at its new location in 2017, it brought on Gillian Lynch, who had most recently served as chief strategy officer at Leveris. The Central Bank of Ireland granted Gemini authorization as an Electronic Money Institution (EMI) in February 2022; the VASP registration is after this authorization. Gemini already has licenses in the United Kingdom, and the addition of the Irish license will enable the business to process payments and issue electronic money wallets across Europe. This includes giving its users IBAN accounts, clearing euro payments directly without the interference of commercial banks, and making it easier for clients to move monies worldwide through the use of telecommunications.

Gemini is the only company that has been authorized to operate with an EMI license as of October 2020. This cryptocurrency exchange has been asking for a license in the first part of the year, following in the footsteps of other renowned 2020 fintech companies such as Stripe, coinbase

, Meta, and Square. As a direct effect, more respectable countries will have access to its commercial opportunities.

Gemini’s valuation on the market has increased to $7.1 billion.

Setting up business in Ireland would provide Gemini access to the country’s financial and technical talent pools, even though Ireland has more stringent laws than other European nations like Malta or Gibraltar. Gemini is now in a position to more quickly develop and distribute services to its European clients now that it has a facility in Dublin. Even if the ecosystem is still feeling the consequences of the uncertainty caused by Brexit, the exchange operator can develop vital links with international banks.

In November, Gemini for bitcoins received an investment of $400 million at a valuation of $7.1 billion. The developers of Gemini, a cryptocurrency exchange, were early investors regarding the potential value of Bitcoin in the future. They proposed the creation of an ETF (exchange-traded fund) that would follow the price of bitcoin and provide investors with access to the cryptocurrency through a regulated market. The United States SEC (Securities and Exchange Commission) rejected their application, despite their best efforts. Nevertheless, it is yet to be seen if crypto in Ireland will see stricter regulation, similar to what we see with the best casinos.

The Relationship Between Gemini and the Authorities

The business meeting that was negotiated by tyler winklevoss 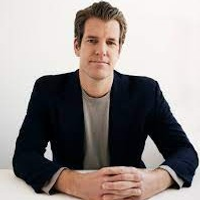 tyler winklevoss co-founder and ceo at gemini Tyler Winklevoss is the Co-Founder and Chief Executive Officer of the Gemini cryptocurrency exchange. With his twin brother Cameron, he founded the platform with the goal of providing a digital exchange and custodian that allows customers to buy, sell, and maintain digital assets. Their estimated cryptocurrency holdings as of Forbes 2021 are $1.4 billion each. Tyler is an investor and founder of Winklevoss Capital Management, a firm that invests in several asset classes with a spotlight on providing seed funding and infrastructure to early-stage startups.   He is an Olympic rower and co-founder of HarvardConnection, which later changed to ConnectU, along with his brother and a classmate, Divya Narendra. Tyler is featured as the main hero in the 2019 book Bitcoin Billionaires: A True Story of Genius, Betrayal, and Redemption by Ben Mezrich, tracing Tyler and Cameron Winklevoss’ journey into the space of cryptocurrency, encountering early adopters, and investing in bitcoin. EntrepreneurInvestorChief Executive OfficerVenture Capitalist

and Cameron is an exceptional case of a cryptocurrency business that has taken a public stance in support of government regulation. In an advertising campaign that took place in 2019 in New York City with the slogan “Revolution Need Regulations,” the company promoted the idea that the investors’ interests had to be protected by adhering to rules and putting conventional best practices into effect for the crypto market. During the course of the campaign, Christopher Roan, who is the head of marketing at Gemini, issued a statement as follows: “We believe that beginners to the cryptocurrency market should be provided the same precautions as seasoned investors in more established markets. This implies that newcomers to the cryptocurrency market should follow the same standards, protocols, regulations, and compliance measures.”

Users can purchase and sell a limited number of cryptocurrencies via Gemini. On the other hand, Gemini seems to be in conflict with the authorities in the United States as of late. The Commodity Futures Trading Commission (CFTC) of the United States has initiated legal action against the Exchange on the grounds that it made misleading statements about bitcoin org

futures contract application talks in 2017. According to the commission’s findings, Gemini withheld information about the risk of manipulating the Bitcoin futures contract. The Exchange has made the decision to pursue legal action against the claim.

While everything is going on, the most recent evidence suggests that Gemini is not safe from the cold of the crypto winter. Research states that they have verified the second wave of layoffs that took place at the Exchange, which resulted in the termination of 68 employees. The consequences of the crypto winter caused the firm to reduce its workforce by 10% at the beginning of June. This was the beginning of the layoffs that followed. The remark was issued by Tyler Winklevoss and Cameron, the founders of Gemini, in response to growing worries about the stability of the global economy and political stability.

To sum up, the US-based cryptocurrency exchange, Gemini, will now be able to provide exchange and custody services to clients in Ireland after receiving both a Virtual Account Service Provider (VASP) license and an electronic money license. Gemini opened an office in Dublin in November of 2021, proving its dedication to expanding across Europe. At the same time, the company hired Gillian Lynch to serve as the head.