Despite its remarkable features, interoperability amongst chains remained a significant roadblock. However, this is precisely what Polkadot set out to overcome and thus, gained the traction it has today.

PolkaDot is one of the in-demand cryptocurrency Blockchains worldwide and claims to be the “next-generation blockchain protocol,” with the ability to link numerous specialized chains into a single global network.

Polkadot aspires to break Internet monopolies and empower individual users with a strong focus on building infrastructure for Web 3.0.

There’s much more to unpack about this unique blockchain- Come along!

It can be described as an open-source protocol built for everyone. It enables independent chains to securely exchange messages and conduct transactions with each other without the need for a trusted third party.

In the Polkadot ecosystem, each independent blockchain is known as a parachain (parallel blockchain), while the main chain is known as the Relay Chain.
Substrate, a framework for developing cryptocurrencies and decentralized systems, allows any developer, company, or individual to create their own parachain.

Polkadot is designed to be “scalable, and is deemed extensible on a wide scale since all components of each parachain can be carried out in parallel by different parts of the network.

The native cryptocurrency of Polkadot is known as ‘DOT,’ which serves three purposes: network governance, operation, and bonding. DOT token holders completely control the protocol, and the participants in the relay chain have full access to all rights, including the ability to manage extraordinary occurrences such as protocol upgrades and corrections.

Dr. Gavin Wood, one of the co-founders of Ethereum and the developer of the Solidity smart contract language, is also the creator of Polkadot. In Mid-2016, Dr. Wood began working on his proposal to “create a sharded version of Ethereum,” and in October of that year, he produced the first edition of the Polkadot white paper.

The Web3 Foundation was launched in 2017 by Dr. Wood and Peter Czaban of Parity to promote Polkadot’s research and development and manage its fundraising activities. Polkadot’s inaugural token sale was held in October 2017 at the Web3 Foundation in Switzerland, with cash distributed through a Spend-All Second Price Dutch Auction. The initial 10 million DOT (old) supply was sold for $145 million in under two weeks, and the Web3 Foundation picked Parity Technologies to create Polkadot.

Dr. Wood and Jutta Steiner developed Parity Technologies, which is notable for managing the Parity Ethereum client and Substrate, the Polkadot programming framework.

However, not all was smooth sailing- someone permanently froze the funds in the Parity multi-sig contract ten days after the token sale concluded (November 6, 2017), jeopardizing $90 million worth of ETH, almost 66% of PolkaDot’s token sale profits. However, that didn’t faze them. Polkadot and the Web3 Foundation indicated that the project was still on track to accomplish its development goals.

In a 2019 private token sale, the Web3 Foundation presumably collected extra funding to replace the lost funds. Polkadot wanted to sell 500,000 DOT (old) tokens at a $1.2 billion valuation, with each token priced at $120. The transaction was finalized in June 2019 at a “successful” valuation, despite the foundation not disclosing any details about the raise.

In the same year, Kusama was launched as an early, unaudited, and unrefined version of Polkadot intended to serve as a “canary” network for Polkadot to test governance, staking, and sharding in real-world scenarios. To promote engagement, Polkadot allocated 1% of the inaugural DOT supply to Kusama stakeholders.

Later in 2020, for its mainnet launch, Polkadot used a staggered rollout plan. On May 27, 2020, Polkadot’s first mainnet chain candidate, Phase 1, became live. It was the first step in a multi-stage rollout procedure outlined in the mainnet launch timeline for the project.

Polkadot was first implemented as a Proof-of-Authority (PoA) network, overseen by six Web3 Foundation validators. However, the network eventually switched to its intended Nominated Proof-of-Stake (PoS) mechanism on June 1.

On January 18, 2020, Phase 2, DOT owners were allowed to claim validators slots and get staking compensation. Polkadot’s governance feature was released in Phases 3 and 4 in late July 2020, and the protocol was handed over to the community. On August 18, 2020, the final phase enabled DOT token transfers.

Polkadot token holders voted to modify the denomination between DOT and its lowest unit, Plancks, by a factor of 100 in the network’s first formal community vote. This update took effect at block #1,248,328, on August 21, 2020, roughly 72 hours after DOT transfers at block #1,205,128 were unlocked.

It was a superficial change; each Polkadot account’s token holdings rose by 100x, bringing the total DOT supply from 10 million to 1 billion. However, because the dollar value of each DOT was reduced by 100x, the decision did not affect Polkadot’s pre-market worth.

One of the best features of Polkadot is that it is more than just a Blockchain- it aims to connect and work with other blockchains.

The relay chain and parachain principles can help Polkadot achieve this feat. The relay chain connects the numerous chains, whereas the connected networks are known as parachains.

The internet’s future depends on communication among its ecosystems, which is the only way to maximize the network effect and hasten general acceptance.

Polkadot is a sharded multichain network that can process many transactions on several chains simultaneously, eliminating the issues faced before. This improved parallel processing capabilities and scalability significantly, paving the path for future adoption and expansion.
The sharded chains connected to the Polkadot relay chain are known as PARAchains because they operate in parallel.

Polkadot has the potential to improve the network without the need for forks. Furthermore, the results of governance acts at the meta-protocol level are used to justify this update.
As a result, no one is responsible for starting the implementation because the proposal is written in the meta-protocol language. Once the voting period has been completed, the code is deployed. Because there is a regulating method that all DOT holders can agree on, forks are avoided.

Polkadot is one of the first blockchain ecosystems to have a governance framework. On the polkadot.js dashboard, all DOT holders can vote for council members, referenda, upgrade requests, etc. A few of the ideas have already been put to the test.

There are far-reaching implications for public and private key security on many levels. For example, each Polkadot user must first create a stash account, which is the user’s main account and contains most of the user’s DOT tokens. The user then creates a controller account as a backup account for staking, governance, and other standard on-chain tasks.

Polkadot’s nominated-proof-of-stake method means that all DOTs who have invested in the system essentially support all of the ecosystem’s projects.
The expense of robust security is decreased because all projects on Polkadot effectively share resources. This is a win-win situation for all parties involved.

How does Polkadot Work?

Polkadot is based on a relay chain that uses a proof-of-stake consensus approach. The DOT token grants validators voting power, allowing them to participate in project decisions and development. Furthermore, the DOT token can be used to connect and incentivize validators to operate honestly in the network when they have a financial stake in the verification process’s legitimacy.

It enables anyone betting on DOT to block the token in a contract to perform one or more of the functions required for it to function:

Staking is another feature of DOT that helps with network consensus. All DOT holders are obliged to follow the rules at all times.

The employment of DOT for bonding is another approach, which is essential whenever the Polkadot ecosystem receives new parachains. The bonded DOT is locked during its bonding phase. It is released when the bond’s lifetime expires, and the parachain is removed from the ecosystem.

DOT holders can use their tokens to do the following things within the Polkadot ecosystem:

Within the platform’s governance framework, DOT token holders have specific voting rights, similar to how shareholders vote on matters affecting a publicly traded corporation. Fees, the inclusion or removal of parachains, or technical difficulties like upgrades or improvements are all examples of governance decisions.

Within the governance, holders of DOT tokens have special voting rights. Polkadot uses a proof-of-stake variant called Nominated Proof of Stake to operate (NPoS.) Token holders can stake their tokens to designate a validator under the NPoS consensus rules, which call for a large but fixed number of validators to participate in block generation.

Polkadot is one of the largest networks in terms of staked value. It also has some of the highest payouts, averaging around 13%, which is quite generous considering that participation is a relatively passive activity.

By bonding DOT tokens, each new parachain is created. Bonding is the process of devoting tokens to the network for a set amount of time. Chains that are no longer useful or projects that have been abandoned will be decommissioned, and their bonded tokens will be returned.

Polkadot is a large initiative aimed at altering the worldwide network’s structure. Many experts feel it is a game-changing technology that can change the blockchain industry completely. In addition, the project has other characteristics that make it more desirable to investors: 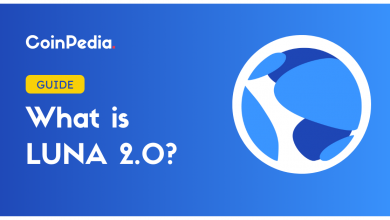