DJIA monitors the performance of the largest companies in the NYSE and NASDAQ. Dow Jones is the most popular and trusted metric for evaluating the state of the US stock market. O’Higgins came up with a strategy to beat the Dow. For an investor, beating the Dow means beating the market, which is the ultimate goal.

How the Dogs of the Dow Approach Works

The investment strategy is based on the dividend yield. Investors earn an annual dividend as the total amount of dividends over a year from the companies they invested in. The companies listed on the Dow, also known as “blue-chip stocks,” are well-established and worth billions in market capitalization. Blue-chip stocks do not change their dividend policies, making them perfect for the dogs of the dow approach.

The step by step process

Assumptions for Dogs of the Dow

The model is based on the assumption that Dow laggards are still good investment opportunities. Dow laggards might have temporarily fallen out of investors’ favor, but they are still worth investing in as the company’s fortune changes with time. The cyclical nature of the market gives the investor’s time to explore good companies that were once Dow laggards. Some of the 2020 dogs’ have a bad history, but have bounced back.

Dogs of the Dow versus the Dow

The Dogs have consistently performed better than the Dow in the last decade, though the Dogs suffered a 1.5% loss in 2018 while the Dow endured a 6% loss. The Dogs also failed to beat the Dow in 2019 as it had an average return of 13.5% compared to the Dow 30 Index’s return of 20%.

You can participate in the Dogs of the Dow through individual stock CFDs through a shorter-term outlook. The strategy will hold the stocks for a year and collect dividends at the end. Some of the Dogs of 2020 to watch include International Business Machine (IBM), Exxon Mobil Corporation (XOM), Verizon Communications (VZ), and Chevron Corporation (CVX) among others. 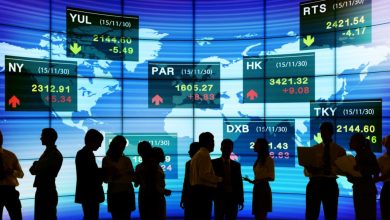