During these weekends, the European Crypto EuroSwap EDEX project successfully closed the first phase of the Priority Session and moved into the second. At the start of development, the project attracted great attention to their prospective idea and practical technology. Now developers are ready to submit to the team and announce the following major steps. It is this example of phased development that shows excellent efficiency.

The Second Phase of the Priority Session

It is worth starting with the fact that few projects, unfortunately, enjoy the advantages of the Priority Session. This is the most favorable stage of development for early investors, who gradually reveal the project and give personal advantages to the first tokens holders. EuroSwap EDEX fully used this opportunity.

In the first phase, EuroSwap introduced work technology and the project’s MVP. It also launched an official exchanger on the first pair of BUSD/EDEX. In the second phase, the developers will emphasize the reliability of the project.

The project has already announced the presentation of the team, listing on CoinMarketCap Calendars and CoinGecko as well as partnerships with large marketing companies. This stage will also last long, after which, the price will increase X2 again. At this stage, investors have the opportunity to get into the Priority lists for the most favorable conditions.

The investment of greater than 10,000 BUSD is encouraged by an additional 5%. Developers also report that the Priority Session can close early due to high excitement. While in the expiration date, this phase is indicated on December 4, 2021.

EuroSwap — the European Decentral Crypto Exchange, is the first European DEX to bind to Euro currency gateways. Above all, the project attracts investors, this allows you to buy and sell crypto for the euro on a fully decentralized stock exchange.

Moreover, investors who take part in early selling understand that EDEX tokens have a much greater potential than the “kitchen” tokens PancakeSwap, BakerySwap, BurgerSwap, and the rest. Here, developers reveal the potential of the continental exchange for its direct intended purpose.

EuroSwap is also a secret partner of a global European crypto initiative and the ECB. In addition, according to the statements of developers, their main partner in the creation of a fate euro gateway will be Visa. And this all attracts crypto investors to fill their portfolio with EDEX tokens, so much excitement arose around the project.

You also get the opportunity to buy 1 EDEX at a price of 0.02 euros (0.0232 BUSD). The total EuroSwap emission is 746,000,000 EDEX, which is equal to the number of all inhabitants in Europe. That is, potentially every European can own at least one EuroSwap token. You can participate in the early sale of EDEX tokens on the official website euroswap.io or with the help of the manager in the official bot Telegram.

Last week, EuroSwap developers launched an automatic exchange for the first crypto pair of BUSD/EDEX. This proves the performance of the technology and allows early investors to make a purchase in less than a minute. You just need to connect your Metamask or Trust Wallet wallet, choose the desired amount, and make a purchase with the minimum commission.

The EDEX token is supported by capital capitalization in the digital market, as well as the mechanisms for earning a decentralized exchange. EuroSwap will first earn at commissions 0.03% from each transaction in cryptocurrency and 0.8% when trading cryptocurrencies with a fate euro.

Thus, the project becomes profitable, its capitalization is growing as the product and the total vector of Europe tip in the direction of Crypto. EDEX provides its holders the right to ownership of the interests of the intellectual and commercial property of the European Decentral Crypto Exchange project. This means that by buying EDEX, you buy a digital bond, which guarantees you ownership and participation in Euroswap’s profits. 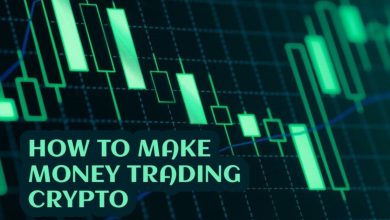 How To Make Money Trading Crypto