Unlike what was anticipated, Ripple’s native XRP surpassed the majority of other significant cryptocurrencies. After the FTX frenzy, XRP and other significant tokens experienced a massacre that rippled across the whole crypto community.

XRP has increased by more than 9% over the past day and is currently trading at $0.386. The surge increased the market cap of XRP to $19.341 billion.

Why is XRP rising?

It’s possible that the increase is encouraged by growing optimism that the parent company of the coin, Ripple, will succeed in its legal battle with the U.S. Securities and Exchange Commission (SEC). Motions to file amici papers on behalf of the XRP founders were approved on November 15. The amici status enables people to participate in judicial proceedings and submit “friends of the court” briefs.

The long-contested and important william hinman 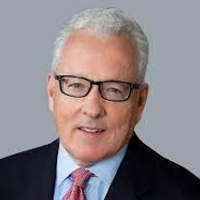 records were recently received by ripple

after a court order. A US judge rejected the SEC’s request to conceal the records pertaining to former Division Director William Hinman in a judicial proceeding.

(ETH) cannot be regarded as a security. William Hinman was the former Director of the SEC’s Division of Corporation Finance.

It was an eventful week

The past week was eventful as well as disappointing for the cryptocurrency market. The value of Bitcoin, fell by 19.3% over the past seven days, from November 8 to November 14. The currency reached a high of $20k on November 8 before plummeting to a low of $15.6k on November 9, a loss of 22.8% in a matter of hours.