The hearing yesterday was a significant step forward in the SEC v. Ripple case, however, Judge Sarah Netburn will not rule on the privilege issue until September 28. The judge was plainly seeking clarification on the SEC’s deliberative process privilege grounds (DPP)

On August 31, a teleconference hearing was held to discuss the SEC’s power to refuse to provide certain documents. Judge Sarah Netburn said at the hearing that Ripple had shown adequate grounds for the regulator’s request for access to this information.

As a result, the judge will examine them in private before making them public during a public hearing if she believes they are relevant to the case.

The SEC has moved to overturn the judge’s judgment, claiming “special treatment of defendants” and the establishment of a “dangerous” precedent for the regulator. The judge, however, has turned down the request.

Judge Netburn will now conduct an on-camera examination of the internal documents without the Ripple legal team as part of a personal review to see whether the SEC has overstepped its bounds with regard to deliberative process protocols (DPP) in an effort to reduce fact discovery.

The Judge’s discussion with SEC lawyer Jorge Tenreiro over the objectiveness or subjectiveness of “recklessness” was the highlight of the hearing.

“Mr. Tenreiro, is recklessness a subjective or objective standard?”, she asked.

The Judge, according to Jeremy Hogan, feels that the records are important enough to overcome the SEC’s privilege argument. That’s why she’s had an in-camera review requested.

This implies the SEC will provide Ripple with “lightly” redacted versions of the “privileged” documents while providing the Judge with complete and unredacted copies of the documents so she can reach a final judgment on the privilege issue. 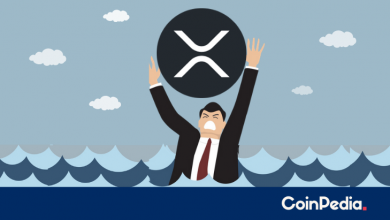 XRP Price Back Above $1, A 20% Jump Possible Yet A Little Tricky!