Nowadays, the crypto space wakes up daily to new updates and developments, whether positive or negative. Today, we are presented with an update to the long-running lawsuit, Ripple vs. SEC.

The amici status plays a crucial role in the ongoing dispute between Ripple and SEC. When the amici status is given, the holders will be considered a court’s friend, allowing them to file briefs on the court hearings.

All this started in May 2021, when a motion was filed by prosecutor john e deaton 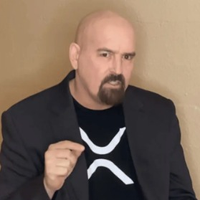 Followers : 0 View profile and a group of xrp ledger Followers : 0 View profile holders. The filing was on a request for their intervention in the case proceedings. In October 2021, the judiciary rejected the appeal, but they gained amici status.

As per the reports, the SEC had requested to revoke the amici status given to XRP holders after John Deaton requested the court to file an amicus brief in Patrick B. Doody, SEC expert’s proceedings. One of the reasons for such a request from the SEC was fear of the possible duplication of the defendant’s comments.

Today, Justice Sarah Netburn rejected the US Securities and Exchange Commission’s plea to invalidate the amici status given to XRP holders.

Meanwhile, the court also said that prosecutor John Deaton and a group of XRP holders’ appeal to assist the court in auditing the opinions regarding SEC experts had been denied.

Now, John Deaton and other XRP holders can act as friends of the court but cannot interfere in the court proceedings.

Who do you reckon will emerge victorious in the final judgment? Comment below!

Ripple vs SEC: One-Liner Reply by the SEC Amuses the Defense Lawyer

Ripple vs. SEC: XRP Lawyer Warns Crypto Traders Of The Commission’s Next Move