The Republican Party of Texas (RPT) might add a new clause to the Bill of Rights. This new clause would grant people the right to own, possess, and utilize any kind of medium of exchange they choose, including digital currency.

The clause states that “The right of the people to own, hold and use a mutually agreed upon medium of exchange, including cash, coin, bullion, digital currency or scrip, when trading and contracting for goods and services shall not be infringed.” This will allow them to use crypto, bullion, and scrip for payments, apart from cash and coin.

The clause gives protection to the Texan residents and states that it is their “natural right” to keep, exchange, and store their wealth in the medium of exchange at will. Additionally, it also states that government cannot restrict the people from keeping any form of money or currency.

Despite the concerns by some lawmakers that the crypto industry could overburden the already strained power grid, the Republican state officials are anxious to ensure that Texas builds on its status as a cryptocurrency hub. 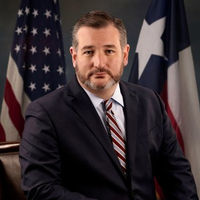 Followers : 0 View profile said “I would like to see Texas become the centre of the universe for bitcoin and crypto,” at the Texas Blockchain Summit held last October in Austin.

Texas has established itself as the most inviting state for cryptocurrency and blockchain businesses. The state has become a notable choice for crypto mining due to low electricity and land charges.  According to Lee Bratcher, the creator of the Texas Blockchain Council, there are approximately 40 crypto mining companies operating in Texas.

In April, the policymakers of the U.S. Senate Republicans issued a paper on crypto depicting that GOP is making gains toward a more unified stance on digital asset regulation.