El-Salvador was the first country to use Bitcoin as a legal tender, and accept the cryptocurrency for all kinds of transactions. To make it effective, the government had also released the new digital wallet app, crediting $30 in bitcoin to every citizen of the country. The wallet supports both BItcoin and the country’s existing legal currency US dollars as well.  In addition, 200 new cash machines were also installed successfully in El-Salvador.

After making all such development events in the country research was made to see how well they are working, and the report was not very impressive. By this, it was proven that the usage of bitcoin for Salvador’s day-to-day usage was falling down gradually.

Even after experiencing this downfall,  The President, Nayub Bukele had purchased 500 bitcoins recently on Monday, at an average rate of $30,744 each, which was considered the largest volume of Bitcoin the Latin American country had ever purchased since Bukele’s acceptance of Bitcoin as a legal tender.

And collectively the country is now holding more than 2000 units falling down by the value of $40 million. El-Salvador has spent almost around $105 million on its bitcoin purchase, but the holdings value of its Bitcoin on Monday, 12 May, was just worth $66 million.

Bukele adopted Bitcoin as legal tender in the country to improve the economy, BTC’s value has fallen 45% since El Salvador bought its first coins. The losses experienced this long has not deterred the country much, as Bukele took the advantage of the recent price drop to purchase an additional 500 BTC.

Stating, One thing I’ve always admired about Steve Jobs is that he never even looked at Apple’s stock price. He Knew where his company was going. The stock market will follow when they understand.

Effect of Loss on  El-Salvador

BItcoin adoptions in indebted countries like El-Slavador have created many criticisms, the country’s losses on bitcoin investments are equal to its next interest payment to bondholders, due on June 15. The current situation briefed by the former Central Bank Chief of the country Carlos Acevedo about bitcoin investments is Ricky because it’s an extremely volatile asset, and it’s an investment that is totally at the discretion of the president.

He buys it on his phone when he wants to take advantage of the tip, but he doesn’t do it right because when he buys, there’s always a bigger dip.”The lack of accountability and impulse purchases made by President Bukele has divided his citizens and strained the country’s relationship with agencies, such as the International Monetary Fund (IMF). The conversations between the IMF and El-Salvador over an extended fund facility had been hampered since last year. 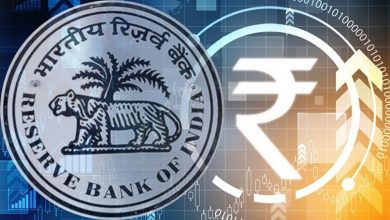 Coinbase Exit From India was Pressured By Government and RBI: Says CEO, Armstrong