Coinbase launched its crypto services in India on April 7, which allowed its Indian clients to buy crypto via UPI (Unified Payments Interface). Coinbase, a US-based cryptocurrency exchange exited India just within the three days of its launch, the country with the largest number of crypto investors globally.

The reason for the exit stated by the co-founder and chief executive of Coinbase Armstrong is “informal pressure from the government and the Reserve Bank of India.“

RBI Governor Shaktikanta Das  said in an interview with CNBC TV 18 that ” I would not like to comment on speculative observations made by individuals outside.”

RBI had banned banks through a notification from supporting or engaging in any kind of crypto transactions, beginning in the year 2018. which has overturned the rule in 2020 further.

The policy body that represents the interests of India’s crypto industry clarifies that they are not willing to file a legal challenge against the Reserve Bank of India(RBI). quoting that:

“We have no plans to file a contempt of court challenge,” a spokesperson of the Internet and Mobile Association of India (IAMAI) told CoinDesk regarding Coinbase (COIN) CEO Brain Armstrong raising the idea of a legal move against the Reserve Bank of India (RBI).

In the first quarter of 2022, earnings call on May 10, Armstrong said that the informal pressure from the government and RBI could be in violation of the Supreme Court of India’s ruling. Armstrong stated that:

“India is a unique market in the sense that the Supreme Court has ruled that they can’t ban crypto, but there are elements in the government there, including the Reserve Bank of India, who don’t seem to be as positive on it.”

The tricky procedural hurdle for filing the case is to find the best original petitioner for the case. If IAMAI is not the original petitioner then an individual entity seeking to file a contempt of court must be required to prove that it is an aggrieved party to the case.

Further, there are divergent views on the IAMAI’s position. IAMAI is currently against the idea as a person indicated that, all the ducks are in a row to file a contempt of court challenge including funding and legal process approvals. 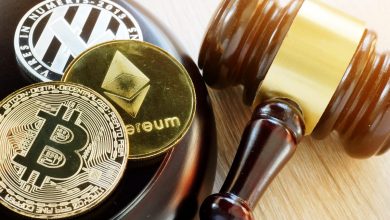