Since it is anticipated that global investments in cryptocurrencies will increase over the coming years. Let’s explore how much these trends can affect the HEX price for 2022. The key distinctive aspect of the HEX project, which portrays itself as one of the future of investments. Is that it holds a staking function that compensates stakers rather than miners.

Traders who would like to make better investment choices must monitor the price development of a particular digital coin. Therefore, if you’re thinking about investing in HEX, check out this article on HEX cryptocurrency price prediction. Which includes important targets and information about the coin’s performance for years to come.

The HEX crew will be working on delivering Testnet Release 2 with the key updates. Namely, branded blocks out (block explorer), enhanced validator rotation, and beginning distributions. These updates could increase the utility of the token peaking its price at $0.04170.

In contrast, elements like unfavorable commentary or a bearish trend might cause the price to fall as low as $0.02908. If the bullish and bearish targets are taken into account, the average price may be $0.03519.

If the HEX price closes 2022’s trading on a positive note and extends its history. With additional encouragement from initiatives like the announced PulseChain upgrade. HEX might surpass the price target of $0.07143. At the same time, usual buying and selling pressures could take the price to $0.0555. That being said, bearish trends could leave the price at $0.03722.

The central design of the coin promotes revenue growth and deters price falls. This doesn’t imply that HEX is completely devoid of volatility, but it strives to lessen price fluctuations. And claims that investors receive competitive rates for their money. This could create the required FOMO for the coin to touch the maximum price of $0.11949.

However, the dwindling supply of HEX and low volumes could bring the price as low as $0.06085. The average price may find its foundation at $0.09383 when taking into account the bullish and bearish targets.

On an optimistic note, more updates rolling in can improve the coin’s stance and make it stand out from its rivalry. That being said, it could experience a possible price hike to $0.19891 by the end of 2025.

In contrast, HEX may trade at an average cost of $0.10035, if the market determines the price through normal buying and selling pressures. Negative criticism and unfavorable sentiments might then bring down the cost to $0.15411.

The project has the potential to be one the biggest game changer for achieving complete decentralization in the financial world. The team is indicating to bring more improvements and better features to the ecosystem as time rolls. This could gather the required attention to the project and may cause its price to peak at $0.041 by the end of 2022.

On the potential downside, if bearish trends drive in significant liquidations. The price may form a bearish claw and descend to its lowest point at $0.03. On average the price could find its support at $0.035.

Richard Heart introduced the Ethereum-based coin HEX in 2019. Due to the truth that it is the first-ever blockchain version of a Certificate of Deposit. This ERC coin has since gained popularity as an investment opportunity.

A Certificate of Deposit is a financial product used in centralized finance that guarantees a client a specified rate of interest. As far as they maintain a certain amount of cash in a fixed deposit account. The money may linger in the account, making such little interest, and perhaps even dropping in value owing to inflation because the interest rates are often pitiful.

The platform developed HEX, a blockchain-based certificate of deposit, after realizing its centralized drawbacks. Contrary to centralized Certificates of Deposit, the only purpose of HEX is to help investors profit significantly. 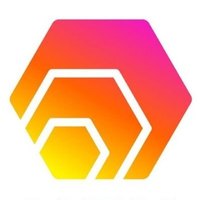 While the arbitration logic and staking mechanism are housed in the HEX smart contract. HEX leverages the ethereum

network for the transaction layer (send or receive HEX tokens in addition to interfacing with the HEX smart contract).

HEX incorporates elements intended to reward actions that support capital growth and prevent conduct that induces harm to the value. It allows an individual to stake their HEX coins for a portion of the new HEX currency issue or inflation. The HEX smart contract penalizes stakers for terminating their stake too soon. And compensates them for holding onto their position for prolonged periods and higher stakes.

Some of the key points worth citing on the project are:

To read our price prediction of Flux click here!

HEX surely has performed better than some of the primitive assets. However, it is important to highlight the pros 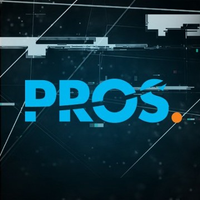 and cons of the project. As it helps one make an informed decision. Below are some of the major positive and negative aspects of HEX.

Is HEX a good investment?

The protocol has a strong team supporting it and several cutting-edge traits. Which collectively makes it an ideal buy for the long term.

Will HEX be able to cope with its bearish market?

The coin has sturdy fundamentals and it might advance against bearish trends if it fetches newer upgrades and practical collaborations hereafter.

What will the minimum and maximum price of HEX be by the end of 2023?