The gaming sector is one of the top Defi sectors that’s transforming the industry. Bora is one such cryptocurrency that is leveraging the boom in the Game-Fi industry. It is mainly a decentralized platform for games and entertainment. Bora wants to draw apps and games from the GameFi industry to its Bora Chain. This is in order to refrain from developing on expensive blockchain networks like Ethereum.

Are you one of the many keens on buying BORA this dip season? Today in Bora price prediction we will discuss the major factors that could drive its value in coming years. Without any further ado let us dive into the BORA Price Prediction for 2022 and beyond.

The Bora team offers toolkits that let programmers build Dapps for its environment. With the rising dominance in the Game-Fi industry more and more developers could dive into building games. That being said, a rise in volumes can propel the maximum price of the token to land at $0.261.

Contrarily, a loss of confidence among the traders could cause the value to decrease to $0.190. The price might progressively increase to $0.225 with linear price propulsion.

With in-game earning, players can utilize the tokens at BORA’s marketplace where they can purchase non-fungible tokens (NFTs). The evolving use cases of NFTs can serve a purpose in skyrocketing Bora’s price. That being said, the token can chug up to the highest price of $0.462.

However, if the market becomes unstable, the price might fall to a low of $0.240. The lack of movement can inevitably lead the value to revert to its typical $0.350 level.

The team is anticipated to come up with more fascinating features and collaborations which will eventually affect its price. Boosting FOMO in the gaming industry can turn around the volumes for the coin. Consequently, the price may increase to a maximum of $0.783.

Failing to stand true to its commitments, can result in criticism. In such a case, the price could fall to $0.398. The lack of fulfilling efforts could lead to the price finding support at $0.590.

Bora offers programmers and content producers tools for managing and retaining consumers. For instance, Bora Point integrates with its blockchain token. It might help the coin in boosting its foothold in the market. That being said, it could result in a price increase to $1.378.

Conversely, a potential financial breakdown or a global market collapse might cause the price to fall to $0.707. However, considering the bullish and bearish targets, the average price may find its base at $1.042.

Bora is a blockchain that supports high cross-chain interoperability that functions with various layers. As per the BORA price forecast formulated by our experts. Before the end of 2022, the coin might jump to $0.26. However, on the other hand, it might fall to the minimum price of $0.19.

What Is Bora (BORA)?

Bora is a cryptocurrency that is built for the decentralized ecosystem supporting games and entertainment. To avoid developing on blockchains like Ethereum, which has expensive gas fees. Bora intends to draw games and applications from the GameFi industry to its Bora Chain.

The BORA token is traded on the Klaytn blockchain, a public blockchain that focuses on metaverse and gaming use cases. Besides, Bora deploys a two-tiered blockchain system. dApps can leverage the modular blockchain known as the Bora chain as an execution layer. 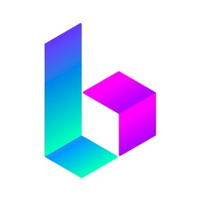 Bora was created by a team of Korean developers back in 2019. Its CEO, Gyehan Song, is a seasoned game developer with over 20 years of expertise in the industry and with prior experiences at Samsung Electronics. Bora is a blockchain having excellent cross-chain interoperability that collaborates with several layers to improve its privacy, scalability, and dependability.

It is appealing to game designers owing to its simple API and web frontend, as well as its ecosystem’s comprehensive interoperability. Bora also offers the infrastructure to developers and content creators to maintain and connect with the audience. For instance, the Bora point system interacts with its BORA token. The Bora blockchain comprises three layers: the application layer, the service layer, and the core layer.

Additionally, Bora offers developers and content producers tools for managing and retaining consumers, such as the Bora point system that works with its BORA token. The feature even makes it significantly simpler for traders to enter and exit their positions.

Here are some core features of the BORA

To read our price prediction of Bitcoin click here!

BORA has the potential to revolutionize the Game-Fi industry thanks to its rich capabilities and user-friendly features. Thus, before putting an end to this price prediction, let’s put an eye on the advantages and disadvantages of the BORA token.

What will the minimum and maximum price of BORA be by the end of 2023?

The token can break out of its bearish market to reach the highest trading price of $1.378 by 2025.

Where can I buy BORA?

The altcoin is available for trade across prominent cryptocurrency exchange platforms such as Indodax, Bithumb, Coinbetter, Coinone, etc…

Is BORA a good investment?

It could be one in the long term, as BORA is a third-party platform that offers a portal that links users and game developers.

Will BORA go up?

There is a positive outlook for the token in the industry, it may possibly cross the $2 mark by 2025.