XRP price once again becomes the talk of the town as the asset after a massive sell-out hovers within a very narrow margin. Moreover, there are equal chances for the asset to either propel towards the north or dip towards the south. No doubt if the asset trends within a symmetrical triangle these possibilities arrive. But in the present scenario, the patterns formed and the indicators display a distinct layout.

The asset was in line following a steady uptrend that could hit $1.5 in the next couple of days, yet the crash cemented the price around $1.1. The crash could not decline the price below $1 but also still a massive rebound is still awaited. The hourly chart of XRP price showcases the possibility of a huge dump incoming. Yet the indicators are currently are conflicting with the patterns.

Also Read: Will XRP Reclaim its Position Above Solana In Terms of Market Cap?

The chart pattern suggests the possibility of the formation of a ‘bear flag’. Meaning, the price could ultimately fall off from the cliff or the accumulation. On the contrary, the RSI is strongly following an uptrend that could land up hitting the roofs above 60. If the RSI surges above 65, which resides around 50.18 currently, then the uptrend could be fast approaching.

On the other hand, the trading volume is substantial-high in the past 24 hours which majorly is of the buying pressure. And the MACD is yet to give out any signal, however, the trend points out a ‘buy’ signal could be imminent.

Collectively, the XRP price needs to break the consolidation by bragging above $1.16 and continue to surge high. However, the initial target still resides at $1.5, which could be achieved in the coming days. And if some positive rounds of Ripple vs SEC outspread the space, then the price could eventually hit $2 also.

Also Read: Ethereum Prepares itself For Eco-Friendly world: $10k Could Be Imminent Soon 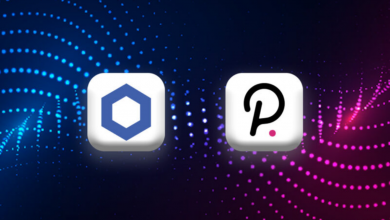