XRP price against the USD or USDT is trading within the same pre-defined price range between $0.33 and $0.39 for more than a fortnight. The raised volatility had induced significant upward momentum, but the recent price slash nullified the bullish impact and kept the price restricted below $0.4. On the other hand, the XRP against Bitcoin is displaying immense strength and appears to be primed for a massive breakout.

However, the asset paired with either USDT or BTC may continue trading sideways for long as a breakout does not appear to happen anytime in 2022.

Followers : 0 View profile has intensified its activity in the past 48 hours, accounting for huge XRP transfers which points out the possibility of Whale transfers. Nearly 224.87 million XRP was flown from and to the cryptocurrency exchanges and wallets in the recent past.

Additionally, Ripple also transferred 100 million XRP to an unknown wallet which raised huge suspicion. This transaction was accomplished after the company unlocked 1 billion XRP from its escrow wallet. However, it is been said that the move was to stabilise the XRP price and the transfer of 100 million XRP was to carry out the company’s expenses.

Collectively, XRP in recent times appears to have been sidelined to some extent as a series of events that occurred after the Ripple vs SEC lawsuit did not impact the native asset. For example, despite  being looked at as a ‘Ponzi’ scheme, lunarcrush 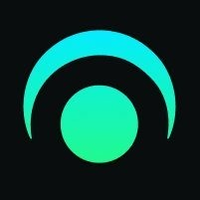 Followers : 0 View profile is in circulation.

On the other hand, nearly 9 cryptos were reportedly called Securities on Coinbase by the SEC but still, their trades are on. Therefore, it appears that until and unless Ripple vs SEC lawsuit does not meet its destiny, no significant change in the XRP price may be registered.

Top Predictions for the Coming Week! This Could be the Next Move for These Altcoins!

Will Ethereum Merger be Bigger & Foremost Than Bitcoin Halving?

Ethereum Price Analysis: ETH Price May Hit $2500 in the Next 7 Days!