The Tron price marked some huge gains since the early trading hours and recorded a nearly 5.14% upswing compared to the previous trading hours. As the official launch of the most-awaited, decentralized stablecoin USDD is just a few moments away, the TRX price appears to have gained significant bullish momentum. And hence the price is expected to spike high as less than 24 hours is remaining for the official launch.

The upcoming stablecoin is said to be the next generation stablecoin which is claimed to be the most decentralized asset in history. After a brief retest towards the immediate support, the price is attemping to bounce back. Moreover, the official launch may also induce a significant bullish momentum that may ease a zero in the price very soon

Waves price also broke out from the bearish parallel channel and ranged high by more than 15% in a few minutes. Do doubt the price also faced a minor rejection at the moment, yet could resume with the uptrend very soon. However, the buying and selling volume is rising equally and hence a consolidation within narrow ranges is quite possible.

The WAVES price broke out from the descending consolidation i.e the falling wedge and spiked pretty high. However, the price is currently undergoing a minor retest which may be accomplished by hitting the lower support at $13.37. After a brief accumulation at these levels, the price may reignite a flip towards $15 initially.

Curve DAO token price began the present month trade on a bullish note with a significant upswing which was heavily fueled in the past couple of hours. The price experienced a 12% jump and further is consolidating very close to the gained levels. And hence forming a bullish flag, the price is on the verge to pull a massive leg up.

As mentioned above the CRV price is trending within a significant bullish flag where-in the apex is fast approaching. After a brief accumulation within the flag, the price may break out from the consolidation and achieve a level around $2.5 initially. However, after attaining the levels beyond $3 a notable uptrend may be certified. Chainlink Staking May Spark A Strong Bullish Surge! LINK Price To End Consolidation Above This Level 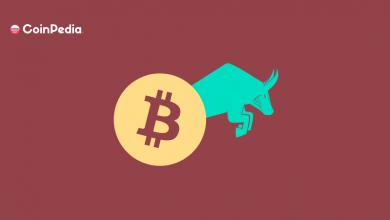